When a certain 17-year-old Bronco gave up the ghost in Dallas last September, every mechanic in the garage it was towed to wiped their tools, shook their heads, and talked about one thing. Bass fishing. Bass fishing? While I was grieving in the ashtray-strewn waiting room where several old naugahyde recliners had gathered to die, I wrestled with the impropriety of their remarks in the face of my loss. My grief remained invisible, however, to the men who continued to argue in their earnest way about the really big questions of the Universe. “Who was pulling what out where?” “Who had the best deals?” “Is it better to drive and tow or fly and rent?” As I watched the post mortem wind up I heard one of the men describe his new bass boat in such intimate terms that at first I thought he was talking about a lover.

Later that night as I was working my way through the combination plate at Rodrick’s Ribs, I heard another set of men in the kitchen arguing over the best place to pull out bass. Something was said about someone’s momma and I’m pretty sure I heard one smite the other. It wasn’t over momma, though, it was over his absolute conviction that the best place to go bass fishing was somewhere in Mexico, dammit. After suffering through scores of cable fishing programs over the years during flu-induced semi-comas, all of them hosted by someone named either Ray or Bubba, I finally felt the true fervor that bass fishing evokes. Apparently, few sports inspire more single minded devotion.

In Mexico, saltwater fishing gets top billing because of the bounty off the country’s coasts; a pursuit made more alluring by the overblown tales of a sweat-stained, cigar-chewing writer of that well-known terse verse. But serious bass fishing is less well known. As I drove south to Mexico a week later in my new “now I have a car payment” Jeep Cherokee, I hoped with the fervor of the newly baptized that my entry into the high church of bass fishing would be rewarded by a revelation. I needed to hear the true gospel.

The day I got home I found an email from Javier Peña at www.ifishmexico.com. There was, the message claimed, “Great Bass Fishing at Lake El Salto, just 90 minutes north of Mazatlan.” The missive was nothing short of a burning bush. I checked out the excellent website and found that El Salto is one of the genuine hot spots for large mouth bass, with average catches of 7-to-16 pounders on days when anglers are routinely pulling in 80 fish apiece. The guy roasting ribs at Rodrick’s was right.

“During the fall, spring and winter, anglers are banging the banks, points and shallows with top waters, spinner baits, crank baits and Texas-rigged soft plastics, as well as 10-inch power worms. Everything seems to be working. There are lots of lay downs, standing timber and prickly aquatic grass resembling hydrilla,” the scripture read.

I shot off an email to Javier and after a bit more communication, a trip to El Salto was arranged for November 3. My traveling partner and I met Javier in his office in Mazatlan and arranged to spend half the day touring their lodge and boating the lake.

At 7 the next morning Hector, a middle aged Mexican-American originally from California and more interestingly, a former DEA agent, picked us up for the 90 minute drive to El Salto. Easy going, intelligent and capable, Hector usually handled the company’s deep sea fishing tours. Javier sent his apologies with Hector saying he was escorting seven true believers to the airport after three days of intense fishing. Hector donned the robes of the tour guide and took us by the hand.

The lake is the property of the Mexican government. It was dammed 15 years ago to create a scenic impoundment and loaded with Florida large mouth bass. Because of the lake’s warm temperature, they grew big and aggressive enough to satisfy even the most jaded anglers. Unless the hook is swallowed, catch and release is the lake policy. Seven fishing camps lease concessions on El Salto. Six of the camps are foreign-owned. The sole Mexican-owned camp belongs to Javier and several other shareholders. Their two-year-old lodge, called La Papalota, is about 5 minutes from the lake and offers up better deals than the foreign-owned lodges. Three days of fishing with accommodations and meals costs $850 US, about a third less than what the competition charges. The price is all inclusive, except for tips to your guide and the lodge staff, and covers transportation to and from the Mazatlan airport.

This year (2003), after 7 dry seasons, heavy rains raised the lake to 85% capacity. Fish are swimming to the warmer water up top and, as our Sinaloa native guide Sigi said, “they are jumping on the hooks.” The day before we got there, an 18-pounder was pulled from the lake.

During our tour of the lake we saw egrets, terns, migrating ducks, and a talapia hatchery near the dam. An island in the middle of the Lake sports a cross marking the grave of a gringo angler who apparently died a few years ago while doing what he loved best. A statue of the Virgin of Guadalupe is on the island, too, keeping watch over the lake and the fishermen.

Where is Lake El Salto?

El Salto is located 90 minutes north of Mazatlan and 110 kilometers south of Culiacán, the Sinaloa State capitol, on the excellent toll road 15 D. It’s then another 29 miles or so east off the toll road near the small town of La Cruz. From there, a well-maintained one kilometer dirt road leads down to the water.

El Salto is a scenic impoundment in the foot hills of the western Sierra Madres in the Mexican state of Sinaloa. It was built on the Elota River and spans approximately 27,000 acres. The weather normally averages 82 degrees F. The lake attracts anglers from Texas in September, October and November and from Minnesota and California in January, February and March. This year the lodge has been discovered by a few crack Japanese anglers who’ve come in pairs to fish the lake. Mexican anglers come from Puebla, Chihuahua, Mexico City, and Monterrey during Easter week and in June, July and August.

About the Fishing Packages

The lodge takes care of meals, accommodations, airport transfers, and fishing licenses. If you want to get your own license, expect to make two trips to the Harbor Master’s office in Mazatlan, and one to a bank to pay for it. Reveille is at 5:30 a.m., fishing is from 6:15 a.m. to 11:30 or noon when you return to La Papalota for lunch and maybe a siesta. There are two people to a boat plus the guide. After lunch, around 1:30, 2 or 2:30 p.m., you can go back out and fish until sunset. Afterwards they’ll take you back to the lodge for dinner. All the guides are from the area around El Salto, unlike many of those at the foreign-owned lodges who come down from the U.S. They speak enough English to let you know where the fish are, and how to rig for them. Half to multiple-day packages are listed on their site but to get the most current prices. Rates will increase on January 1, 2004 but any 2004 tours booked and paid for now are charged at this year’s rates.

La Papalota fishing lodge consists of 13 units, each with air conditioning and satellite TV. All the rooms are doubles with a shared bathroom. Five of the rooms are located in a central bungalow with a shared kitchen and living area. Alex, the genial waiter and bartender serves up food and drink in the outdoor palapa-style restaurant. Be sure to drink bottled water, as the well water is highly mineralized. There’s an ice machine on the premises, and plenty of staff to keep anglers happy and well fed. Lodge hosts don’t skimp on the afternoon beers and evening tequilas for those who want them. Simon, the watchman, keeps an eye on the camp and the police routinely patrol the area. Covered boat storage is available.

Medical problems can be handled quickly and easily. For really serious emergencies, the owner of the land the lodge sits on can arrange for helicopter evacuation as his son-in-law is a Federal Police officer. For minor ailments or injuries the guides or the staff at the lodge can call a doctor to visit you. In Mexico, house calls are still common.

Javier Peña is the guy to call to make arrangements for your group. He’s bilingual, organized, plenty savvy, and will make your trip go smoothly. Visit his website and check out the pages dedicated to bass fishing. Or you can call him from the U.S. or Canada by dialing 011 52 669 913-1621.

Welcome to the real fisherman’s heaven.

” Lake Chapala and Ajijic: The Insiders Guide to the Northshore for International Travelers”
By Teresa A. Kendrick

MexConnect is reader-supported. Purchases made via links on our site may, at no cost to you, earn us an affiliate commission. Learn more.
Published or Updated on: January 1, 2003 by Teresa Kendrick © 2008
Share This:
Tagged exploring-tourism recreation Teresa Kendrick 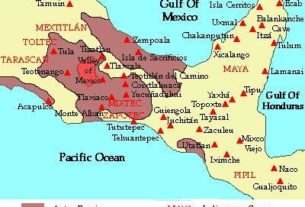 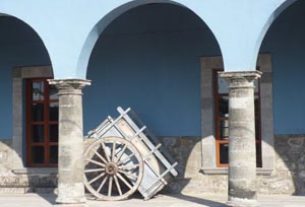 The museums of Guadalajara and Tlaquepaque