A Mexico book (2012) by Alejandro Grattan-Dominguez 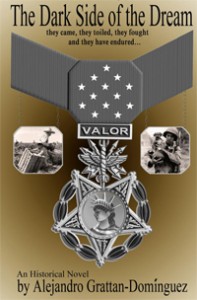 The Dark Side of the Dream (2012)
By Alejandro Grattan-Dominguez
Egret Books, 2012
Available from Amazon Books: Paperback

For citizens of both the United States and Mexico, the Mexican-American border, as well as the matter of Mexican immigration are topics of current political dispute, thinly masking a cultural stigmatism that does not fit well with American history or ideals. Since there have been times when Mexican immigration was sought, The Dark Side of the Dream becomes a very timely read.

It was largely Mexican labor in the fields that kept U.S. troops fed during both World Wars. Mexicans were living in the United States, for example, in what is now New Mexico, since before the Pilgrims landed in 1620. Many are American citizens, and there is no doubt that their votes tipped the scales in the 2012 election.

Grattan-Dominguez presents the Mexican dilemma through a fictional family whose experiences are set in actual history, injecting a spark of comprehension. After all, we too came from somewhere else initially.

In The Dark Side of the Dream, Grattan — himself a mix of cultures with an Irish-American father and a Mexican mother — has given us a sense of real people grappling with everyday challenges.

The story begins on a small farm in the state of Chihuahua, Mexico, where Sebastián Salazar lies dying. He calls for his two sons in order to share a vision for improving their lives. Sebastián tells José Luis and Francisco that Japan has attacked Pearl Harbor, and that nearly every able-bodied American male will soon enlist. When men are scarce, opportunity exists. He wants his sons to take their families to the United States.

Their migration makes sense in view of history: WWI (1914 to 1918) was fought during the same time there was a revolution in Mexico (1910 to 1920), and many Mexicans left their country to fill the ranks of U.S. workers off at war. Following the war, prosperity negated the previous demand for Mexican labor and most went home. There was no cultural clash. The author describes the WWI background in a Prologue, stating “America is… a country that has been continuously replenished by those who were, in the immortal words of the Statue of Liberty, ‘yearning to be free.'” Those words are easily pushed aside when men returning from war come home looking for jobs.

Nonetheless, with the onset of WWII, it was natural that an influx of labor came from America’s neighbors. Canada and Mexico both went to war while some of their citizens immigrated to the U.S. to support the war effort.

And so despite some resistance from his two sons, Sebastián Salazar wins their promise to follow his dream of newfound success in the great land to the north. Their property in Mexico is now barren. It is time to move somewhere. They head for El Paso, Texas, but the trip is harder than anticipated, for they lose their truck and — very nearly — Francisco’s wife and son.

While Francisco awaits their recovery in a Chihuahua clinic, José Luis and his family continue on to El Paso, find work and begin new lives. Francisco and his wife and son are, instead, through a quirk of fate, taken to the Rio Grande River in southeastern Texas to work as migrant workers. The two branches of the family never see each other again. Both families work hard, learn English and find their place in the “promised land,” but at a very steep price. And therein begins their story.

In El Paso, José Luis’s son, Miguel Salazar, joins the riflemen of Company E, which is manned by America’s Hispanics already achieving respect in their battles overseas. Later, following a callous decision by a few American officers to put up 156 Hispanic riflemen against a well-entrenched German force of 3,000 on the opposite embankment of the Rápido River in southern Italy, Miguel — with men dying all around him — decides that he can at least save some of the men in his unit. This he does until stopped by his own wounds. Only 13 of the original 156 return and Miguel never walks again without a cane. For his valor, he wins the Medal of Honor and brings home to El Paso the respect his family had hoped for. He never marries, though he falls deeply in love with a woman who eventually marries his brother Raul.

Meanwhile Francisco and his son Alejandro work with the pickers in the Rio Grande Valley, striving to improve pay and conditions for migrants, thus making them predecessors to César Chávez who — 15 years later — successfully organizes a pickers’ strike against West Coast growers in California. The Dark Side of the Dream gives us a dramatic depiction of the migrant strike — the growers disinclined to provide even the most meager of benefits. Their treatment was, in fact, vicious and yet the migrants held together. Their strike remained a portal that opened future management-worker negotiations for immigrants. Yet, in spite of their efforts throughout WWII, hundreds of thousands of Mexicans were deported in the 1954 Operation Wetback. It was hardly the payback they deserved for their contribution.

In an epic as sweeping as the 20-plus years of the Salazars’ struggle, the author has created some 23 significant characters, with dozens more of less importance. But the focus is always the two brothers who led their families to Texas and their courageous sons in the United States, whose stories exemplified the Latino struggle for acceptance.

This historical novel has earned glowing reviews, just a few of which are mentioned here:

“The author deals not in simplistic blacks and whites, but in the world of grays, which is, of course, where the truth usually resides.” — El Paso Herald

“The delight of a great read is not forgotten, and like Steinbeck’s ‘The Grapes of Wrath,’ the story sings without preaching.” — Guadalajara Reporter, Mexico

“It explores the uniqueness of the Mexican-American experience, yet this historical novel places it within the context of universal human dilemmas — sure to be an award-winning film.” — The Public Broadcasting System-PBS (The book has been optioned three times by companies that saw in it the opportunity to make a Mexican-American “Roots”.)

“…a monumental historical novel. Marvelously vivid portrait of both the tragedy and triumph of one Mexican family in the US” — Booklist

The author, himself from West Texas, understands first hand a great deal of what the immigrants endured as they earned acceptance in their new homeland. The Dark Side of the Dream is one of seven novels written by Grattan, almost all of which are on Amazon.com. His writing shows a strong sense of values. Although his characters could have been set up with Americans on one side and Mexicans on the other, he does not make it so easy for the reader to pick sides. Some slippery Anglos have virtues, and Mexican heroes have flaws. Sometimes they anger us, a sign of very good writing.

Some have been troubled by the number of characters in this novel, finding it difficult to keep track of them, but the author ties them in smoothly, uniting both sides of the family across time and treating their interactions with other characters as if we were viewing a movie… scenes in action.

Grattan’s ability to write so graphically came from training and experience. After gaining his university degree in Theater and English Literature (from SMU), he headed for Hollywood. Twenty seven years later, he had directed five feature films, and written 23 screenplays, nine of which were either sold or held under option, some repeatedly. His career reached its zenith when he wrote, directed and co-produced Only Once in a Lifetime, the first major movie to focus on the Mexican-American experience. The film won prestigious awards that took it all the way to the Kennedy Center in Washington, DC, and then went on to win further awards in Europe. It also set the stage for many of the Latino-themed movies that came later.

In 1987, the author relocated to Mexico, his mother’s native country. Here he wrote several more novels and screenplays; and in 1995 he became the editor of El Ojo del Lago, a mo nnthly English-language magazine in Mexico.

Grattan also founded the Ajijic Writers Group in 1988. This group can boast as many as 75 members in the high season and is reputed to be one of the longest-lasting such groups in existence today. Over the years it has included best-selling authors and award-winning screenwriters. 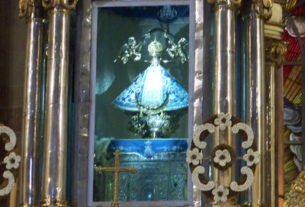