Do you want to be transported to a small island in the Mexican Caribbean and follow the ongoing adventure of two feisty young women who accidentally uncover a notorious pirate’s secret in an ancient cemetery during Mexico’s Day of the Dead celebration? Trouble Isla, Lynda L. Lock’s second book in her Isla Mujeres Mystery Series, will allow you to do just that. The story picks up where book one left off, with protagonists Yasmin and Jessica warming up for another round of thrills and spills on picturesque Isla Mujeres, a short ferry ride from tourist Mecca, Cancun. As author Lock describes it though, Isla — as the locals call it — is a world apart.

Well-grounded in fact as is book one in the series, the author, who calls Isla Mujeres home, shares her knowledge of not only 16th century pirate lore but also Mexican and island traditions. Her fly-on-the wall perspective of the cross-cultural juxtaposition of locals interacting with a daily invasion of tourists and expats is honest and telling. And the influx of this mass of humanity to their island paradise must clearly be a distraction for resident locals. Though hundreds of jobs are created by day-tripping tourists, as explained by the author, one hopes that the promise of steady employment can offset what must certainly have upended a previously tranquil lifestyle.

In Trouble Isla, the story links back to a close call Yasmin and Jessica had after their unexpected discovery of a mysterious message at the grave of the island’s infamous pirate, Fermin Mundaca. The graveside note was left for his precious La Trigueña, a 16-year old island woman with whom the 51-year old pirate had fallen madly in love. Though the feelings were never reciprocated, Mundaca’s unrequited love for the girl shapes the basis of the mystery series. As explained in Treasure Isla’s prologue (book one in the series), even with death at his doorstep, he yearns to assist La Trigueña by leaving behind a map of buried treasure stolen decades earlier from Veracruz battleships that he hid at his lair on Isla Mujeres.

Complete with a quirky cast of local characters, centering around Loco Lobo, the restaurant-bar where Yasmin and Jessica work, Lock weaves her tale of suspense. The book is a fast read and the story takes place within a short window of time, roughly five days.

Though book one, Treasure Isla, wraps things up nicely for any one-off reader, the author leaves the door open for a possible continuing story. And continue it does. In the sequel, Trouble Isla, a surprise plot twist brings danger to Yasmin’s doorstep and the tale unfolds into a page-turner of trouble and uncertainty. Lock’s dialogue, peppered with Spanish slang and local patter, is nimble and punchy as the two best friends playfully banter with each other, their customers, and the occasional love interest. 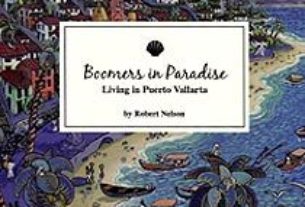