Photo gallery: Lenten traditions in Oaxaca: Our Lady of Sorrows 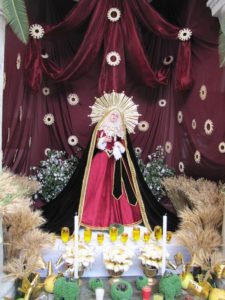 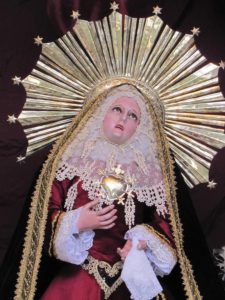 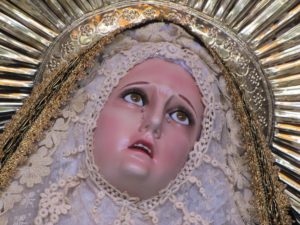 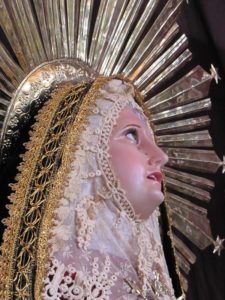 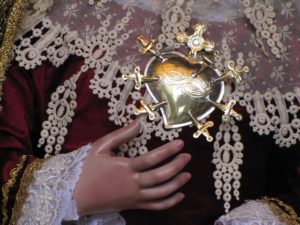 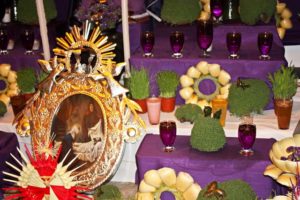 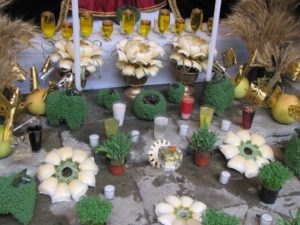 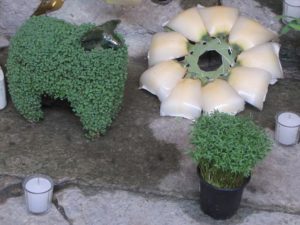 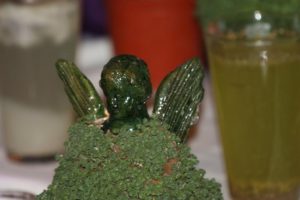 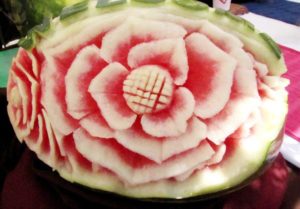 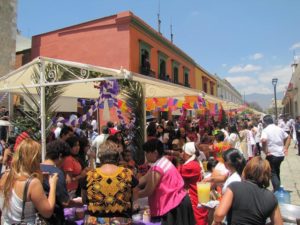 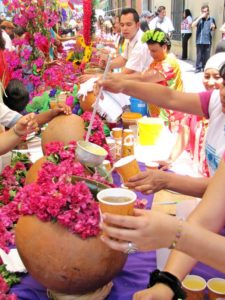 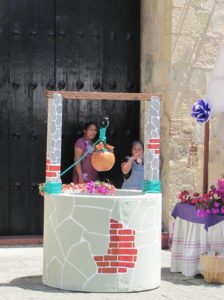 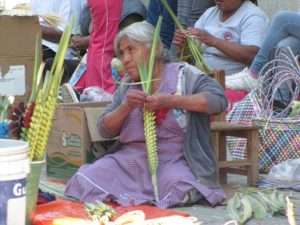 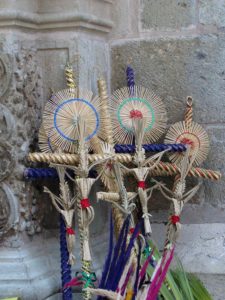 A life-sized Virgin Mary statue with imploring, heaven-raised eyes welcomed me into the courtyard of my favourite café in Oaxaca, Mexico. Dozens of what looked to me to be chia pets surrounded her. While the holy lady shed tears, forever frozen in time, small clay rams and turtles sprout tiny chia leaves all over their bodies at her feet.

It was a rare mix of pain and cute. I couldn’t help but hear the ch ch ch chia song that used to play on the commercials for chia pets when I was a child in Canada. I imagined the sobs of the grief stricken Virgin and the Ch ch ch chia song mixing together.

Although I knew that it was Lent, I had to ask someone about the details of the altar. Not for the first time since living in Oaxaca, I was in the middle of a special day without really understanding what it was for, or what was going on.

It turned out that the altar was for Viernes de Dolores, or Friday of Sorrows. This solemn day marks the 6th and final Friday of Lent. Altars and parades honor Nuestra Señora de los Dolores — Our Lady of Sorrows — and her terrible grief at the persecution of her holy son.

Like the other holy virgins revered in Mexico — Guadalupe, Juquila, La Soledad — la Virgen de los Dolores is a version of the Virgin Mary and not a separate entity. All of these figures represent different apparitions, versions or events of the life of the mother of Jesus.

Churches, businesses and public plazas set up altars with her image in the middle, and surround her with flowers of varying colors. Purple represents her pain, red the blood of Christ, and white symbolizes purity.

Glasses or bottles of colored water are often seen on altars, representing the tears shed at the foot of the cross.

Of course there are also the chia pets that represent new life and resurrection. These clay animals with chia sprouts, (which are a great source of omega-3 oil) originated in Mexico and were the inspiration for the marketing of the chia pet north of the border in the 1970s.

Another important component of the altar is held in Mary’s hand. A heart, pierced with several swords, represents the seven sorrows — the tragic events in Jesus life that pierced his mother’s heart.

Friday of Sorrows is just one of the traditional days observed in Oaxaca during Lent. Known as Cuaresma in Spanish, Lent is the period of forty days before Easter (the six Sundays are not counted).

Other special days and events include:

Miércoles de Ceniza is the first day of Lent. The faithful attend mass or simply go to a church where a small cross is marked on their foreheads with ash. This acts as a reminder of human mortality (along the lines of ashes to ashes…). It is common for the cenizas to be gathered from the burnt palms from the Palm Sunday of the year before.

On each of the six Fridays of Lent in Oaxaca’s Llano Park, an informal beauty pageant of sorts takes place. Young señoritas promenade through the park while their admirers throw flowers and even poems or love letters at them. At the end, whoever has the most flowers is hailed as the winner.

The fourth Friday of Lent is the perfect time to try out some of the aguas of Mexico. Homemade flavoured waters (different from juice) are very popular in homes and restaurants, and they are delicious! On the Good Samaritan Day in Oaxaca, businesses, schools and other groups hand out free aguas to passersby.

The tradition was inspired by the biblical passage in John 4 that describes Jesus’ encounter with a Samaritan woman who offered him water at a well.

The most popular aguas are horchata (based on rice and tasting similar to rice pudding), agua de jamaica (made with red hibiscus flowers), and agua de tamarindo, made from tamarind pods. There are dozens and dozens of other flavors.

While Sundays are not counted in the Lenten period, Palm Sunday marks the beginning of Holy Week although some believe that Lent is technically still a part of Holy Week. Vendors sit outside churches and the cathedral on Palm Sunday selling crosses and other significant figures made out of palm fronds. After purchasing, most people take them into the Cathedral to be blessed with holy water. Many burn them afterwards and save the ashes to be used on Ash Wednesday of the following year.

Semana Santa/Holy Week continues after this with its own set of holidays, processions and traditions.

Motorcycles, Scooters, and Surviving with Them in Oaxaca