To Part One Mesoamerican epic poetry and saga: What is epic?

Epic poems and sagas are a world-wide phenomenon from very early times to the present. Formerly, some cultures were thought not to possess any form of epic poetry and saga but this was often due simply to the lack of investigation or failure to recognize the genre in other exotic languages. It was assumed that nothing like Homeric epic, the prototype of Indo-European epic poetry, could possibly exist in Africa. Now African heroic epic has been added to the list. It is not surprising, therefore, that the Mexican scholar A. Garibay believed that the ancient Aztecs too had a form of epic poetry, traces of which survived the Spanish Conquest of Mexico. His protege, M. Leon-Portilla has carried on Garibay’s work with further evidence of a wide range of literary genres in Mesoamerica prior to the Spanish invasion — lyric, drama, epic, etc.

Much Aztec history and traditional lore were preserved in the Calmecac and other schools of learning in the Aztec capital of Tenochtitlan. Using the hieroglyphic codices as “prompt” books, priests and scribes were no doubt able to recount long epic-type narratives. Although no long sustained metrical epics have survived the Conquest, numerous fragments remain of what Garibay believed must once have been an extensive body of epic poetry and saga in Nahuatl, the language of the Aztecs. But how much is fact and how much is fancy, and what are our sources of information?

Critics of the Garibay/Leon-Portilla literary classification and interpretation of the extant documents in Nahuatl appeal to many different arguments. For example, the lyrical song-poems in Nahuatl are said by some critics to be too personal for such a rigidly-organized ritualistic society as that of the Aztecs. The controversy continues with many arguments pro and con. As a result, the actual source materials in question sometimes get lost in the heat of scholarly confrontation. Let us therefore take a cursory glance at the actual documents Garibay included in his original research into what he called “Epica Nahuatl” (Nahuatl epic).

The earliest source is the so-called Ms. of 1528, although the actual text on amatl (native) paper dates from about 1565. It comprises two parts: the Anales de Tlatelolco and the Codex of Tlatelolco, the first containing lists of kings and genealogies of rulers of Tlatelolco, Tenochtitlan, and other districts, the second a pictorial chronicle covering the years 1554 to 1562. The chronicle section contains vivid little sagas interspersed with verses that were obviously originally song-poems of a heroic nature. The document gives a chronological account of the Aztecs from their departure from Aztlan to the time of the Conquest in the form of a sustained narrative containing songs commemorating military victories. Some sections are in the form of little sagas, such as the Departure of Timal and the Oppression of the Mexicans under the Lords of Culhuacán. The prose portions are vividly narrated with many quotations, supposedly of direct speech, giving a highly dramatic quality to the narrative. Garibay postulates that these are fragments of an earlier type of heroic or epic poetry based on the history of Tlatelolco prior to the Conquest. Essentially this is a native epic account of the Spanish Conquest.

The Anales de Cuauhtitlán (Codex Chimalpopoca or Ms. of 1558) is in the form of chronicles most likely arranged by native disciples of the missionaries. This source is very important for it shows clearly in written form the earlier pre-Hispanic manner of presenting religious and cosmological concepts, such as the famous account of the Five Suns or Ages familiar from the Aztec Calendar or Sun Stone. It also contains resumes of early annals about the conquests of the Aztecs, chronological references, explanations of names, and particular glosses on the text. It is evident that early historians, such as Ixtlilxochitl, Tezozomoc, and Durán, made use of this source in writing their histories. But, according to Garibay, more than half consists of poetic fragments of an epic nature, such as the Deeds of Mixcoatl, the Saga of Huemac, and the story of the hero journey of Quetzalcoatl, including his life, deeds, and final downfall at the hands of sorcerers. Comparison with other early sources clearly indicates that the document is based on songs, pictorial manuscripts, historical traditions, and earlier annals, all cast in the form of a prose epic narrative. Garibay speculates that the manuscript is possibly an abbreviated prose version of old epic poems about Quetzalcoatl as the Toltec culture hero, his defeat by sorcery, and the end of his power in Tula.

Another major source for the early post-Toltec era and the history of the Chichimec migrations from Chicomoztoc to the central Puebla region is the Historia Tolteca-Chichimeca. This lengthy Nahuatl document is supplemented with pictorial elements representing the chronological sequence of events in Aztec history, such as the conquest of the Olmeca-Xicalanca at Cholula by the Tolteca-Chichimeca. This document covers the historical period from A.D. 1116 to 1544. However, as well as being a historical document, the Historia Tolteca-Chichimeca also contains sagas of an epic type: for example, the Saga of Huemac, the Migration of the Toltecs, the suffering of the Aztecs under foreign domination, their departure from the Curved Hill and many other such epic-like features.

The Codex Aubin or MS. of 1576 contains similar epic fragments, although rather badly preserved. For example, The Broken Tree episode is an important event during the migration of the Aztec from Aztlan to the founding of Mexico-Tenochtitlan, and it is here that we find the famous pictorial representation of The Eagle on the Cactus, symbol of modern Mexico.

The Crónica Mexicayotl, as the late Nahuatl scholar Thelma Sullivan described it in her translation of this key Nahuatl document, is indeed “… not only a mine of mythio-historical data but also a saga of true literary merit and heroic dimensions” (Tlalocan,= Vol VI, # 4, 1971). To give an idea of the content of the Crónica Mexicayotl, let us look at a very brief summary. Historically, the Aztecs entered the Valley of Mexico about AD 1300, and the Crónica Mexicayotl fittingly begins with the migration story of the Teochichimeca, Azteca, Mexitin, and Chicomoztoca. At first the Chichimecas (Dog People), were thoroughly disliked by everyone. But with true heroic spirit, they appealed to Achitometl, the king of Culhuacán, for a place to settle. The king granted them a harsh inhospitable desert filled with poisonous snakes. But instead of perishing, as everyone had hoped, the indomitable Aztecs boiled and roasted the snakes, ate them with great relish, and survived. Then their god Huitzilopochtli commanded them to ask for the daughter of Achitometl as a kind of protective deity, but instead of honouring the girl the Aztecs sacrificed her and then flayed her. They then invited her father, Achitometl, to a feast, where he saw the flayed skin of his daughter draped over the shoulders of a dancing priest. The Aztecs had honored the girl as their voracious war-god had commanded. The enraged Culhuacáns drove the Aztecs into a nearby shallow lake. But instead of perishing, they crossed over the swamp on their shields and survived. Finally, Huitzilopochtli commanded the priest Quauhcoatl (Eagle Serpent) to lead the people to a spring located near some reeds and rushes. There they saw the long-awaited sign, an eagle perched on a nopal cactus feeding upon a serpent. At last they were about to reach the promised land. Something of the dramatic heroic style of the Crónica Mexicayotl may be seen in the ecstatic vision of the Aztecs at this point in the epic:

The Florentine Codex of Sahagún is our prime source of information in Nahuatl on all forms of classical Aztec society and culture. Garibay drew special attention to Book Three, in which large pieces of “epic” type narrative are embedded, possibly abbreviated prose versions of old epic poems. Here we have the entire story of Quetzalcoatl and his alter-ego Tezcatlipoca, one of the sorcerers who brought about his downfall.

Leon-Portilla aptly compared the dramatic force in these scattered fragments of Nahuatl epic with the heroic narrative in the great classical epics, such as the Iliad. The Finnish national epic, the Kalevala, was reconstructed by Lonnröt from scattered song-poems in the Karelian oral tradition. Had the scattered remnants of Nahuatl heroic poetry and saga found their Homer or Lonnröt, today we might have had a Nahuatl epic equal to Homeric epic, the Iliad and the Odyssey. 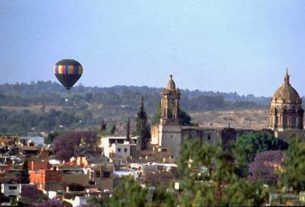