The 4th of July exploded on November 20th in Mata Ortíz in 1992. The cave-black night near the bridge over Río Palanganas was shot with a kaleidoscope of color and a cacophony of noise, thanks to Jim Pratt, an enterprising friend from Detroit.

In many US states it is illegal to buy fireworks–but not in Ohio, and Jim found a busy store in Toledo. As a fan of Mata Ortíz, he wanted to give something back for all the hospitality he had received on previous trips. The annual celebration of November 20th was the perfect occasion. We solicited, and received permission from the Comisario for a fireworks show to be staged on a sandbar of the nearly dry river. Kids were dispatched to spread the word.

During the afternoon, Jim buried Coke bottles in the sand–creating a launch pad for the evening’s entertainment.

At sunset, 20 or so boys and girls gathered in the Posada’s patio for ” luces de las Bengales,” or, sparklers. The kids were great. They lined up respectfully while Jim and I lighted the sparklers in twos and threes. Our big fear was someone burning someone else, but we worried for nothing. Shouting with delight, some of the youngsters ran around the large square of concrete, trailing plumes of light.

Others merely stood and stared at their magic sizzling lights.

After dark, all adjourned to the river, including the resident American priest, Padre Tomas. There, the bulrushes on the bank masking the meager streetlights overlooking the riverbank, Jim and his assistant, Fernando, plied their craft. Explosions echoed and bright flashes lit the air for several minutes. Appropriate oohs and aahs emanated from the young audience, gathered around and all over my Isuzu Trooper, like figures on a Storyteller doll. Later, we discovered townsfolk had lined the riverbank along the barrio to watch the display.

Finally, the effects ended with a dramatic climax of rockets and flares fired simultaneously. The spectators disbanded, and we returned to the Posada, the Trooper weighted down with a new record load of 20 kids and 2 adults.

Jim earned the nickname, El Cohetero, the fireworks man, and was in demand to repeat his performance, which he did at a later date. Another Gringo had become enamored with Mata Ortíz, but did not just take — he gave back 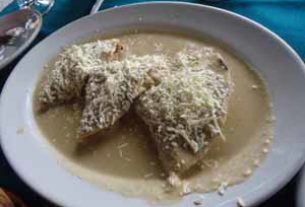 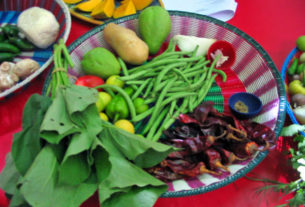