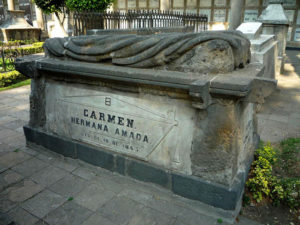 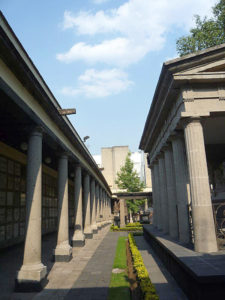 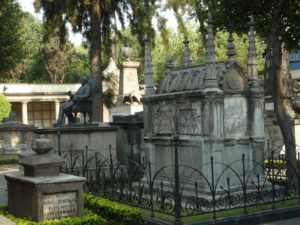 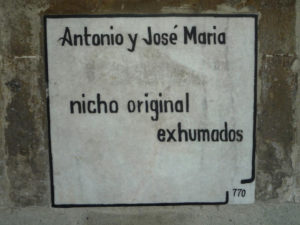 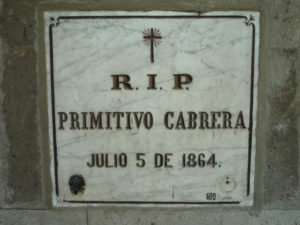 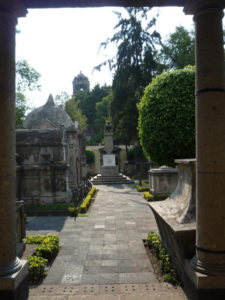 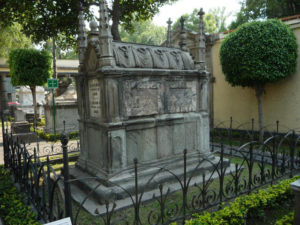 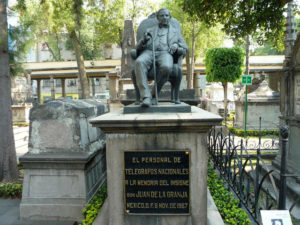 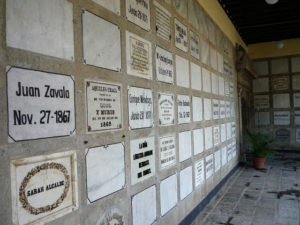 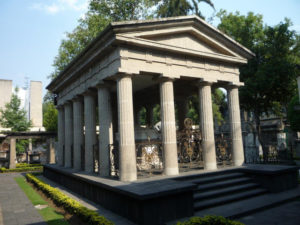 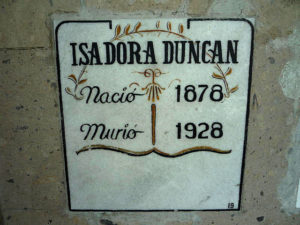 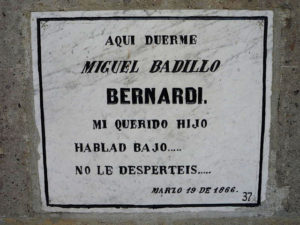 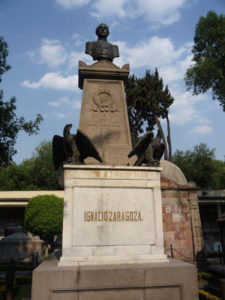 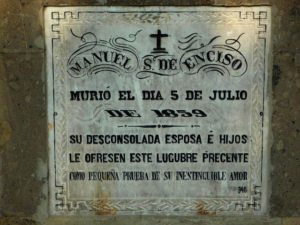 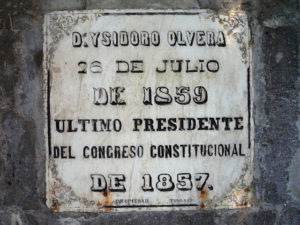 Some years ago an Australian TV commercial extolled the virtues of a non-alcoholic substitute called “Claytons.” A famous actor refused his last strong one at the bar, telling the barman: “Make mine a Claytons,” over which the voice over intoned: “The drink you have when you’re not having a drink.” Since then, the word has entered into Australian and New Zealand vernacular to basically mean a poor substitute for something, or anything that appears to be something, but really isn’t.

The term comes to mind — to some degree, at least — when recalling Isadora Duncan and an historic cemetery here in Mexico City. As a number of you would undoubtedly know, the modern dance pioneer died in a very bizarre way. A veil she was wearing caught in the wheel of her automobile, strangling her. The year was 1927; the location, Nice. The American legend lies buried at Père Lachaise cemetery in Paris, France, far from the streets of San Francisco where she grew up. Yet strangely enough, there is also a tomb to Duncan’s memory at Mexico City’s San Fernando Cemetery. In fact, Duncan’s prominent if ersatz (or Claytons) niche is a mere stone’s throw from the mausoleum of Mexico’s greatest son: Benito Juárez.

Now it is a bizarre situation, too, to come across an apparent sepulcher for someone who is not in reality interred there. And many an unsuspecting visitor might assume for a flinching moment that the famous dancer — despite being an American who lived a good deal of her life in Europe — perhaps occupies the vault, if for no reason than it’s right before their eyes (and being ignorant of the facts). Despite the fact that the last person buried in the cemetery was Juárez himself. Despite the fact, also, that the dates of Duncan’s birth and death (1878 and 1928, respectively) on her niche are both off by a year. Authorities evidently decided to make up for the confusion by installing a plaque to inform visitors that “a group of admirers” funded the installation of the niche (adding the tidbit that President Plutarco Elías Calles was in love with Duncan at the time). It sure wasn’t there the first time I went.

I should add that several other famous personages of the local variety also “buried” here, are not.

There is an impressive statue of famous independence fighter and ex-president Vicente Guerrero in the park, and there is Guerrero’s equally impressive tomb in the cemetery. But he’s not buried there.

The one-time dictator died in a hail of bullets at Villa de Cuilapan, Oaxaca, in 1831, and his remains — questionably — joined the ‘illustrious men’ at San Fernando. However, the bones were later disinterred and transferred to the Independence Monument down the road. There are some who find fault with the last earthly remains of the hard man residing in its current abode of eternity. But he won’t be going back to Panteón de San Fernando any time soon.

There is also Ignacio Zaragoza or, more precisely, there’s also not Ignacio Zaragoza. The young general became a war hero and is among those celebrated every year in May — for his commanding role at the Batalla de 5 de Mayo in 1862, the victorious fight by Mexican against French forces at Puebla. Zaragoza died later year at age 33. His remains had a pretty good run at Panteón de los Hombres Ilustres, but were transferred to Puebla’s state capital in 1976.

Other graves with no one in them? There’s Francisco González Bocanegra, the author of Mexico’s national anthem; and liberal military leader Leandro Valle, both of whose remains were transferred to the Rotonda de los Hombres Ilustres at the Panteón Dolores — in 1932 and 1987, respectively.

Well, Juárez is still here. Impressive digs, too: a 16-columned mausoleum designed after the Greek Parthenon. Not nearly as big, but a very suitable resting place for the father of Mexico’s Reform period, defender of the 1857 Constitution separating the powers of Church and State, and Mexico’s president from 1858 to 1872. A sculpture in female form, signifying the motherland, rests upon the tomb. It’s made of marble from Cararra, Italy, and was executed by the brothers Juan and Manual Islas in 1880.

Historically speaking, this mausoleum represents the most important attraction of the cemetery, and is an apt memorial to pay one’s respects; Juárez played his own significant role in kicking out the French. It was also Juárez who sent Emperor Maximilian packing after the French defeat — all the way to a firing squad at Cerro de las Campanas, Queretaro, in 1867. After Mexico’s victory over the French, Juárez proclaimed: “El respeto al derecho ajeno es la paz” (“Respect for the rights of others is peace”). These words are inscribed on his tomb.

Several politicians buried here aided Juárez in the formation of the Constitution and helped enact the Reform laws contained therein. It must be nice to have such allies and even friends so nearby, for all eternity. Yet just to give the Panteón de San Fernando any twist of kookiness, sworn enemies of Juárez — the conservative generals Miguel Miramón and Tomás Mejia — are also pushing up the daisies a short distance from the great man. Juárez hated these guys so much he had them lined up before the firing squad alongside Maximilian. In the midst of all this buried intrigue, someone has a macabre sense of humor.

The Panteón first began operating in 1713. The poor were first buried there, in the section known as the “Panteón chico.” Later, aristocrats nudged their way in, and then in 1835 the “Panteón grande” was constructed and it became an all-purpose public bone yard. Under the Reform Laws of 1860, the Church was relieved of administrative duties by the State.

Besides the small pantheon’s corridor of columns, 92 niches and center stone sepulcher, 614 wood-covered niches, two closed capillas and 100 gravestones of varying ostentation were incorporated within the facilities, corresponding to the ebb and flow of notable deaths throughout the 19th century.

The Panteón is a mildly strange place, housing — or, as it was were, not housing — the restos of legends and leaders.

Yet not all the graves evoke the boom and thunder of history. One vault evokes a simple tale of heartache, as an inscription below the year 1866 reads: “Here sleeps my darling child. Talk softly — don’t wake him.”

Chiapas celebrates the Day of the Dead – gallery