“We’re full” said Cristina, the small, dark-haired woman with glasses. My wife Martha and I had just pulled into the “Sayulita Bungalows and Trailer Park.” It had been a long, winding drive down the Pacific coast of Mexico from Mazatlan. We were tired and disappointed to hear that we couldn’t stop and settle for the night. “But talk to my husband. Maybe he can do something.” Cristina’s husband’s name was Tees. He was a large, white-haired man in sandals, an ironed, white short-sleeved shirt, and shorts held up with suspenders. Tees came to our rescue. “Park over there for tonight, and we’ll see what we can do tomorrow” were his welcomed words.

Thus began our stay in the small beach-front village called Sayulita. We had been here 10 years ago, but only for an afternoon’s visit from Puerto Vallarta. It was smaller in those days, but captured our imagination even then. A small central square, narrow cobblestone streets, small tiendas, rudimentary shops, and open-air restaurants made Sayulita like so many other towns on the Mexican “Gold Coast”. But there was more: the smell of the salt air, the lapping of the waves at the beach, the roosters crowing, and the fishermen at their boats cleaning their catch.

We strolled to the center of town every day. Through the gates to the “Bungalows” we would walk down the dirt street. ” Buenos dias“, we would greet the women who were splashing water from pails onto the roadway to keep the dust down. Early in the morning, we would see children in their uniforms walking to school. Shopkeepers began their day raising the metal security curtains over their storefronts with a clatter. A right hand turn toward town would take us past the veterinarian’s clinic. A cock was kept in a cage outdoors, next to the entrance, and a calf was tied up at street-side, awaiting treatment. A woman fried pork rinds over a charcoal fired vat at curbside. Men carried loads of fresh fruit and vegetables from their trucks to the tiendas. The dirt street became cobblestones near a small bridge over a small stream flowing to the ocean. We would hear the sound of clothes being slapped against rocks in that stream as women did their wash. The bright sun in the cloudless blue sky made for deep shadows under the red-tiled roof overhangs, in the deep-set window openings, and behind the irregular, rough building masses. Palm trees waved overhead. Bougainvillea, in red, orange and fuschia, blossomed against wrought iron gates. The days were like that in our rediscovered town.

Located approximately 20 miles north of the well known Mexican tourist destination, Puerto Vallarta, Sayulita appears to be on the verge of major tourist popularity. Gringos (American and Canadian) have found the town. Some have moved here, built or rented houses, established businesses, and settled in for extended stays. Buses from Puerto Vallarta arrive daily, on their rounds of showing tourists the interesting, out-of-the way villages and beaches.

The “Sayulita Bungalows and Trailer Park” may weather development pressures for the next few years. It will certainly feel them soon however. This is an alluring site. Lined with coconut palms, it offers the tropical ambiance of exotic bird sounds, clear starry nights, and gentle ocean breezes blowing onshore. There are 24 RV or trailer spaces, each with electrical hook-ups and water. The property fronts on the Pacific Ocean. The beach is wide, the sand is white, and the waves are large enough for surfing. Indeed, across from where our VW Eurovan camper finally ended up at Tees’ direction, were two other camper vans. Young, tanned bodies (Jenny and Danny, Tim and Becky) emerged from these vehicles every day at 7:00 A.M. “Early mornings are best for surfing here” said Danny. Coffee in hand, these free spirits would make their way to reconnoiter the waves and to explore the beach just 150 feet away.

A camper in these parts develops a routine. He buys groceries and water, puts in a good supply of paper towels and toilet paper. He makes phone calls from the nearby public telephone. He checks and sends E-mail every once in a while. And he develops helpful local knowledge…the local restaurants for instance…which ones are good for breakfast (in Sayulita, definitely “Rollies'”), and what the specialties for dinner are around town. We liked the Caesar salad at “Macondo”, chiles rellenos at “Captain Pablo’s”, and the mahi mahi served at “Los Compadres”. Also recommended: the open-air restaurant at “Villa Amor”, “Pizza Roy”, and “Anna’s” palapa covered juice bar and snack place on the main street, one block from the town square.

Early one evening, a cheery female voice asked “Do you play dominoes?” It was Sue, of Sue and Doug from St. Catherine’s, Ontario, Canada. Old timers to Sayulita and the Trailer Park, this couple was one of a dozen who come here every winter for an extended stay. Sue was petite, brown-haired with glasses, well-kempt and had a small butterfly tattoo on her right ankle. She had that unique quality of managing to be informed of everything that had happened, or was to happen in the entire trailer park. Like the butterfly on her ankle, she would alight at a campsite and, after a brief chat, she would be off. Sue collected information like a bee collects pollen. She also left nothing unknown about herself and her family. (She was expecting to be a grandmother twice this year, once in March and again in August.) Doug, her husband, was her perfect complement. Doug organized the daily afternoon volleyball game, helped others fix things on their RV “rigs”, and did his share of schmoozing on the male wavelength.

Dominoes. And card games, table tennis, and a small paperback lending library. All centered at the small covered space with a wooden picnic table at the “Bungalows”. Here, the evening social activities take place for game players and conversationalists alike. “La Terraza”, the small open-air restaurant at the beach just in front of the RV spaces, is another evening hang-out for campers. Good margaritas, Mexican beer, shimmering stars in the clear black night, the sound of the surf, whooshing ashore with its regular rhythm, are all on the menu here.

The acquaintance of Dave and Susan was a pleasant result of that first domino game. Dave was a medical doctor now turned to alternative medicine. Susan was a student working on her master’s degree in counseling. Both in their 50’s and each enjoying a second marriage, they were in the same Bungalow they had rented each year for the past four. They were stimulating people. Together, for their calm assuredness and thoughtful countenances, and separately, he, for his almost boyish ebullience, and she, for her more sober yet smiling good nature.

This was a kind of modern day idyll. We were in an exotic place, eating food not usual to us, hearing foreign sounds, and meeting new, interesting people. We were away from the social and political pressures at home, among the smiling, cheerful, courteous and graceful Mexican people. We left the Sayulita Bungalows and Trailer Park with only one regret. We should have planned to stay longer. 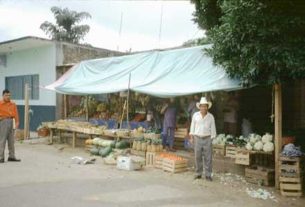 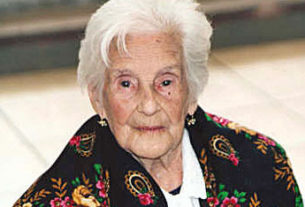