With these two thriller 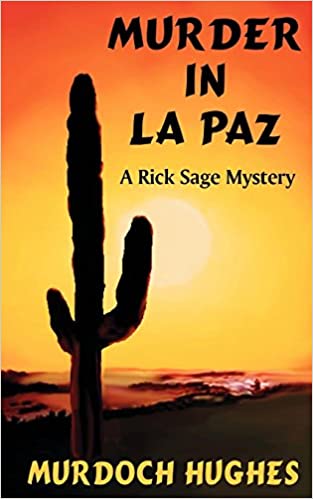 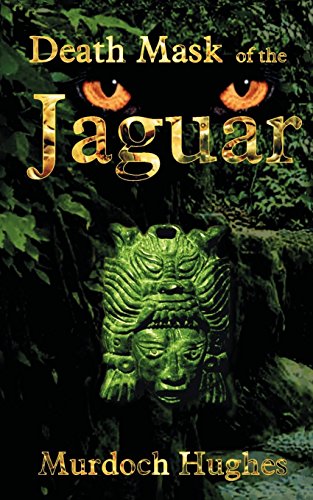 s we find ourselves in the world of hard-boiled private eyes – a la Dashiell Hammett and Raymond Chandler – but with a difference. Both stories are squarely set in Mexico. Murdoch Hughes has created a private eye, Rick Gage, who has given up his former career as a detective in Los Angeles to get away from the stress and violence he experienced there and moved to La Paz. However, with these two books, Rick encounters enough stress and violence to fill any number of careers. But he’s a tough guy. He can take it. He can also dish it out, although he exhibits a surprising tender and sentimental streak from time to time. When he was four years old, he found both his parents in bed with their throats cut. It is his earliest memory and it has left him with a particular mission to pursue murderers wherever he finds them.

Rick, whose mode of transportation is a Harley motor bike, operates out of La Paz on the tip of the Baja Peninsula. Indeed, a huge contributor to the entertainment factor in these stories is the Baja background. Hughes was a resident of that area for several years and spent much of that time cruising the islands of the Sea of Cortez on his 32 foot sailboat, Hunter Star. He and his wife visit as often as they can.

I don’t believe in saying too much about the plot in this kind of book so I’ll just give a hint about some of the story elements. Rick has a beautiful German girl friend with whom he is deeply in love and the two of them are enjoying the good life complete with endless beaches and sunshine. However, the lady is murdered and Rick is number one suspect as far as the police are concerned. He manages to get out from under that accusation and to start looking for the murderer. Thus we have a thriller on our hands.

This one involves drugs and arms smuggling and a heap of undercover political maneuvers around the introduction of legalized gambling in the Baja area. There’s also a sinister East German on a luxury yacht anchored in the harbor, a corrupt official with the U.S. Drug Enforcement Agency and several other “heavies” and sundry shady types. There are the usual twists and surprises you expect with this kind of narrative. I must admit I was genuinely startled by one turn of the plot about two thirds of the way through. I was as surprised as Rick Gage himself. Everything moves at breakneck speed. Author Hughes has a lively and entertaining style and, because he knows the Baja area so intimately, this adds an extra dimension to the narrative. I must admit that for all the years I’ve lived in Mexico it’s an area I know almost nothing about. It’s just far more developed than I had ever realized. I must visit there someday.

The second novel, Death Mask of the Jaguar finds our boy, Rick, in Tijuana where he is hired by the State Governor to investigate the murder of two U.S. citizens – a husband and wife – under rather mysterious circumstances. Also, the murdered couple had a ten-year old son who is missing following the crime.

Rick takes the case and, when he goes to check into his hotel, discovers the youngster, Pedro, hiding outside the building, hungry and terrified. Rick takes him to his room and feeds him and gives him shelter.

It isn’t long, however, before Rick and Pedro find themselves the targets of assassins who we soon discover are antiquities thieves. Pedro’s parents, we learn, were known to possess a map that showed where the most priceless antiquity in all of Mexico, the jade death mask of the Maya Jaguar Cult, is hidden. The gang of assassins will stop at nothing to get their hands on this map and subsequently on the mask itself. And they believe that young Pedro has the map or knows where it is hidden. They are led by a man who looks respectable on the surface but who turns out to be a complete sonofabitch.

The narrative soon becomes a chase story that is also something of a travel narrative covering large sections of Mexico, including the Copper Canyon, the Maya ruins at Palenque, the jungle area touching on Guatemala and even Mexico City. There are lots of twists and turns along the way as the story becomes nicely complicated. Also, we meet several characters who are not always who they seem to be. The villain of the piece, the one who keeps the story moving, is about as evil as they come. This man’s determination to find the death mask of the jaguar knows no limits. When he meets his fate at the end of the story you almost feel like applauding. To say any more would only spoil the plot for any prospective readers.

Rick and Pedro make a likeable pair. Pedro has to be the smartest ten year old you’ll ever encounter. He can even drive a car. However, even though he’s smart he’s definitely not a smart ass.

There are a couple of action sequences in the story that really stretch one’s imagination but… what the heck! That’s par for the course in this kind of story.

In my humble O: If you’re headed for the beach, make sure you include one or both of these thrillers. I think you’ll enjoy them. The good news is Murdoch Hughes tells me he has the third Rick Gage novel well underway.

Available from Amazon Books:
Murder in La Paz
and
Death Mask of the Jaguar

Los Tamales: Five Hundred Years at the Heart of the Fiesta