Photo Gallery: From A Mexican Perspective - The Vision of Adolfo Best Maugard 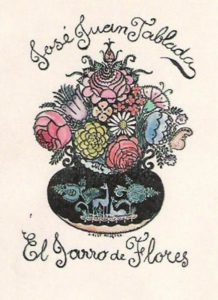 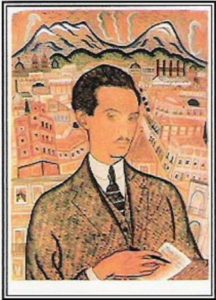 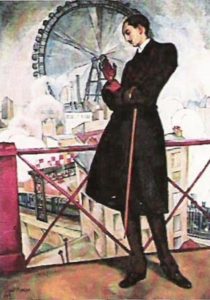 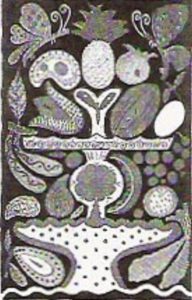 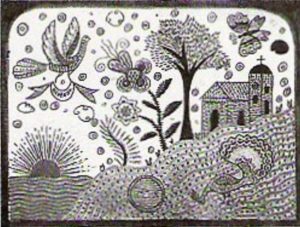 During the heady days that followed the Mexican revolution, the air was filled with fervent nationalism. The euphoria of new beginnings brought out the best in creative vision from talent that fed on this intoxicating energy. From the ranks of this creative elite came Adolfo Best Maugard, his imprint on Mexican culture more profound than that of many of the more talented painters who were his contemporaries.

Best Maugard was born in Mexico City in 1881, just in time to be of age when the old regime of Porfirio Diaz crumbled and Alvaro Obregon was elected president. And just in time to be part of the group of Mexican intellectuals in search of a national identity. A contemporary and colleague of such great artists as Diego Rivera, Miguel Covarrubias, Carlos Merida, Rufino Tamayo and Roberto Montenegro, he was in the front lines of those looking to bring forward the rich cultural heritage of Mexico’s pre-colonial past. Each of these artists went on to become far greater painters than Best Maugard, but each of them was influenced by his discoveries and subsequent re-definition of the “rules” of art.

Unlike his colleagues, he had a background that would set him apart. As a young man, he was commissioned by the famous anthropologist Franz Boas to do illustrations of pre-Hispanic materials being excavated from the Valley of Mexico. Many of the pieces dated as far back as 2,000 years ago. Best Maugard painstakingly copied thousands of these pre-Columbian decorative pieces which the ancient tribes of the Valley of Mexico had used to adorn their households and ritual objects.

In the process, he became an expert on decorative motifs. Studying the pieces very carefully, Best Maugard began to grasp the linear elements that constituted indigenous decorative art. He discovered there were repetitions of certain basic forms that he believed could be reduced to seven elements.

Feeling he was on to something, he explored further, looking at indigenous artifacts outside the Anahuac (Valley of Mexico) region and found there was a consistency in these basic elements. Not only the pre-Columbian work had these elements, but the contemporary popular arts contained the same elements as the ancient work – even the brightly colored pulqueria paintings that were often ridiculed. Later, he went to Europe to study early decorative art in European museums and found the same characteristics. He realized they were present in all primitive art.

Between 1910 and 1920, while researching the decorative traditions of various countries and eras, Best Maugard was also teaching drawing in several public schools. He used the opportunity to put his developing theories into practice. This was the genesis of the Best Maugard method.

On a trip to the Yucatan in 1921 he could already see the results of his pedagogical method. A subsequent trip to Merida to introduce his ideas again produced excellent results.

When Jose Vasconcelos became Secretary of Public Education, he appointed Best Maugard director of the Drawing and Handicraft Department, and in 1922 the “Best System” was adopted by the state schools of the Federal District. When his book, Manuales y Tratados: Metodo de dibujo: tradition, resurgimiento y evolucion del arte mexicano (Manual of Drawing: Tradition, Renaissance and Evolution of Mexican Art), was published in 1923, 200,000 children were given a copy free of charge to be used as a text book.

From his studies on primitive decorative art, Best Maugard observed that all primitive peoples used the same forms of representation to depict natural phenomena. He concluded that “a latent seed of art was buried in the human subconscious waiting to be awakened”, and he set out to pinpoint what the essential forms were which sprang spontaneously from deep within the human spirit.

He uncovered seven elements: point and straight line, spiral, circle, semicircle or arc, wavy line, “s” shape, and zigzag – nature being the ultimate source of all these elements. These geometric forms combine and mix to make all things imaginable that could be produced. In his book, A Method for Creativity, he refers to the seven elements as building blocks that, when combined can, imbue the whole with meaning, emotion and beauty. He uses as an analogy the seven notes in the musical scale.

When the “Best Method” became an official part of the school curriculum, the academic traditionalists were enraged. They declared war, but the system prevailed to the delight of the students. They took to the method with enthusiasm. It permitted them to create freely instead of endlessly copying plaster models in order to produce photographic reproductions. It opened to them the chance to explore form and color. The work they produced was exciting and alive.

Their art was exhibited in the United States and caused a stir. It moved Thomas Craven to comment that the work of the Mexican children was naïve but never stupid. He went on to say that the art of these children in drawing and composition was better than the pictures of some who considered themselves quite important in the art field.

The Best Maugard system advised students to draw everything without shading and perspective, thus freeing them from the unnecessary persistence of realism. He encouraged them to work according to their fantasy without worrying whether the painted object adjusted or not to existing reality. The student was allowed to make mistakes. If lines were twisted, forms inexact, proportions off, it didn’t matter. They weren’t required to remake the drawing but to make others – to go ahead in

confidence that each new drawing would teach them to draw a bit better with greater firmness and clarity.

Pedro Henrique Urena, who wrote the introduction to Best Maugard’s text book, felt his methodology was like an initiation that gave the students the security to model their efforts in the tradition of their country. It didn’t prohibit them from using methods used by other countries, but it gave them the secret of their own tradition within which they could express themselves without having to look to the conventions of other countries in order to create.

Adolfo Best Maugard died in Athens, Greece on August 25, 1964, but his contribution to Mexican art continues to live in the country of his birth. At CECATI No. 166 in Santa Clara de Cobre and in the primary school of the neighboring town of Erongaricuara in Michoacan, artisans are still using his methodology and the children who will carry on their tradition are in the process of learning it.

Only now, Best Maugard has moved into the twenty-first century. Under the guidance of sculptor, James Metcalf and his wife Ana Pellicer, who founded The Adolfo Best Maugard Center for Creative, Technical and Industrial Training (CECATI No. 166) in Santa Clara de Cobre in 1976, the “Best Method” is being computerized. Designs from each of the seven elements can now be computer generated, and the children have a computer lab in their school where they are being trained to use this technology – not to replace traditional work but to expand its possibilities through experimentation..

This national training institution for Mexican technical arts and education is now doing exchange programs in Chiapas, Oaxaca and Dolores Hidalgo, helping to bring the pre-Hispanic creative traditions of these communities into the twenty-first century as well by integrating the legacy of Adolfo Best Maugard with the magic of computers.

One of Best Maugard’s books, A Method for Creative Design, has never been out of print and is still on the market. It was re-issued by Dover Press in 1990 and is available through Amazon. The book was well-reviewed and may still be an excellent resource book for anyone interested in studying the underlying principles of the decorative arts.

It was later modified by the artist, Manuel Rodriguez Lozano in 1924.

In 1925 his method was suppressed, but it had already done what it set out to do. Best Maugard had laid the foundation for a system of drawing that would profoundly influence the next generation of artisans and would continue influencing Mexican craftsmen to this day. 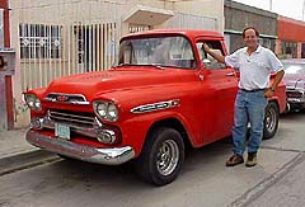