Why do so many of my employees have the same names?

This is a question that I hear a lot. It can be a little confusing at first when it seems as if a lot of your employees share the same surname. It does not necessarily mean that they are related. I will try to clear up some of the confusion.

A young transnational company employee at work on Dress-Down-Friday

When a child is born, he or she will receive one, two or even three given names. This is followed by the father’s surname and then the mother’s surname. My wife’s given name is Sara and her family names are Garcia, from her father and Alvarado from her mother. These are the names that will be on official papers, like her Mexican passport, for the rest of her life.

When a woman marries, she may refer to herself by adding her husband’s family name to her own. My wife often introduces herself as Sara Garcia de Little. Informally though, she would call herself Sara Garcia. Garcia is probably the most common Mexican surname. In a totally informal context, my wife is called Sarita by everyone who knows her and has a social relationship with her. This is very common, and so Juan becomes Juanito, Juana becomes Juanita and Teresa becomes Teresita. If you are thinking about applying this form of address, make sure that the social context is appropriate. You are addressing a woman or a man in a very familiar way.

Nicknames are common in Mexico as well. In English we usually use contractions like Dan or Danny for Daniel. This is not too common in Mexico. A nickname there would be Pepe for Jose or Memo for Guillermo.

People are often addressed by their professional titles, even in informal settings, such as Licenciado for a lawyer or Ingeniero for an engineer.

I hope that the above helps with the confusion about names in Mexico.

The people in your business

In any of the cultures that I have worked in, it has been a source of power for people to be able to get a family member or friend a job. This is particularly true in Mexico.

I have had to be vigilant in our hiring practices to take extra care when a person is recommended for a job. Like in many countries now, in Mexico a company can get into trouble for giving a negative reference that would limit a person’s chance for employment, so even outside references should be suspect. An employer’s only defense is thorough interviewing and skills testing.

A good 90-day contract renewable through the first year is a must as well.

Age and gender discrimination: can I really advertise for a cute receptionist?

It is common to see ads in the newspaper asking for an attractive receptionist, female, between the ages of 18 and 25. Age and gender discrimination is against Mexican labour laws, but you can see ads like this in any newspaper.

I put a stop to this practice and, as a result, hired many middle-aged to senior people who did a spectacular job for me and who had a tremendous loyalty to the company. Very often, a woman applying for a job will hide her marital status until after she gets the offer because she fears it would hurt her chances of getting the position.

I hope that this helps you to understand the ins and outs of hiring personnel in Mexico and shortens your learning curve. 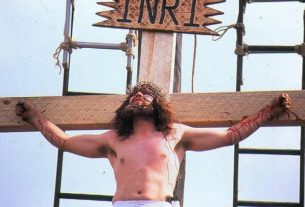 The passion of Christ in Ixtapalapa, a Mexico City neighborhood