I found that the reluctance to communicate bad news was not a trait of our Mexican employees alone, but I did find that it was more prevalent there.

It’s a beautiful Monday morning on the high plains of Mexico. We had a great weekend with a few friends over on Saturday night and a very lazy Sunday.

As I took my first walk of the day through the plant, I met up with the plant manager and one of the maintenance technicians who were having a serious conversation. I asked them if everything was okay. They both replied, “Sí, jefe.” I then asked them if there were any problems in the plant this morning and the reply was, “No, jefe.”

I then mentioned that I had noticed that machine #15 was not running when I walked by and the reply was, “Yes, the machine is down and needs a new bearing.” I asked if they had the bearing and the reply was, “No.” I asked how long it would take to get the bearing and they answered, “One week.” I then asked how much finished goods inventory we had for the part that ran in machine #15 and they told me, “Three days.”

“So we will shut our customers’ operation down in three days?” I asked and the response was, “Yes.”

I then spent the rest of the day and most of the next finding the part, arranging flights to bring it into Mexico and tracking the progress. I also made sure that there were no other parts that would be required to make the repair, looked at the potential for the part to fail again and decided to order a spare. Finally, I had the team complete a problem solving exercise to find out the reason the part failed and to determine permanent corrective action.

I found that the reluctance to communicate bad news was not a trait of our Mexican employees alone, but I did find that it was more prevalent there. I found that there were a few simple things that made the discovery of issues possible on a timelier basis.

Once the second and third steps were put into place, I found it much easier to run multiple operations. It took out a lot of the stress that comes with not knowing for sure if everything at the plant is going according to schedule. 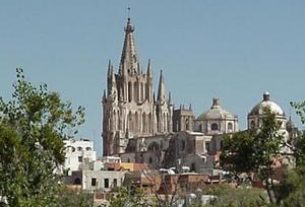