Just as in the US, Mexico holds a presidential election in 2012. Because the presidential term of office is four years in the US and six years in Mexico, the countries’ elections coincide only every twelve years.

How is a Mexican presidential election similar to a US election, and how is it different?

In both countries, candidates appeal to the voters. They campaign publicly across the country with personal appearances, campaign signs, and radio and TV ads. They make promises, they dispute with their opponents, and take part in debates. There are opinion polls, and pundits in the media discuss the election.

On Election Day, voters go to the polls and choose the president by secret ballot. Furthermore, in both countries, elections for Congress are simultaneously held, plus gubernatorial and legislative elections in various states.

Elections in the US are held on Tuesdays, elections in Mexico on Sundays.

In the US, a president can be elected to two presidential terms for a total of eight years. But in Mexico, the president is barred from reelection, so he serves for six years and then that’s it.

How is the winner of the presidential election determined? There is a big difference there as well.

The United States has an Electoral College system, which apportions votes to states, depending upon their respective populations. That’s why election reports, maps and state-by-state reports are so critical.

In Mexico the winner is chosen nationally, by plurality. Whichever candidate has a plurality of the votes — not necessarily a majority — is the winner. Since there are three major political alignments, it’s likely the winner may have less than a majority. So a candidate could win with 35 percent of the vote, for example, as long as he has more votes than any other candidate.

Due to the existence of the Electoral College in the US, elections are basically handled at the state level. It’s as if there are 51 simultaneous elections taking place in the 50 states and District of Columbia. There is a Federal Election Commission, but it oversees campaign finance.

In the United States, the presidential election is held in early November (the 6th this year) and the winner takes office in January. Although that’s only two months later, Inauguration Day falls in a different calendar year than the election. That’s confusing to some people. In the case of reelection, the reelected US president officially takes office for the new term, right on schedule.

In Mexico, the presidential election is held in early July (on July 1st this year), and the new president takes office the following December. Thus he is elected and takes office the same calendar year, which is a little less confusing for people.

The role of the incumbent is different in the two countries.

In the US, the incumbent president — if he’s in his second term and not running for reelection — can openly support his party’s candidate.

In Mexico, that is strictly forbidden. The sitting president is barred from endorsing or campaigning for the candidate of his party.

What about congressional elections?

Although the presidential race gets more attention, congressional elections are important in both countries. Once again, there are similarities and differences.

Each country has a bicameral Congress. In the US, the two chambers are known as the Senate and the House of Representatives. In Mexico, they are the Senado and the Cámara de Diputados.

The US Congress has 100 senators (two for each state) and 435 representatives. The Mexican Congress has 128 senadores and 500 diputados.

In the Mexican Congress, senators and representatives are barred from immediate reelection, though they can return for a later term and stand for reelection.

In the US, there is no limit to reelection. A senator or representative can continue to be reelected as long as the voters elect him. Consequently, some have been in Congress for decades.

In Mexico, diputados are elected for three-year terms and senadores for six-year terms. Therefore, given the no-reelection policy, that means that the entire Cámara de Diputados is replaced every three years, and the entire Senado every six years. Also, the term of a senador is concurrent with that of the president.

In Mexico, the mid-terms are every three years. There was a mid-term election in 2009, and another is scheduled for 2015.

In the US Congress, every senator represents a state and every representative represents a district. In Mexico, it’s a little more complicated.

In the Mexican Senado, there are three senadores From each of Mexico’s 31 states, and three from the Federal District. How are they chosen?

Political parties run candidates for the Senado in pairs. The pair which receives the most votes is elected to the Senado to represent that particular state. The state’s other senador is from the political party that came in second in that state’s senatorial election.

All these senadores account for 96 of the total. The other 32 are chosen by proportional representation, based on the nationwide vote.

Is voter registration the same?

Another difference between the countries is that Mexico’s voter registration system is much tighter than that of the US.

In many US states, voter registration is very slipshod. People can actually register to vote and cast ballots without having to prove their identity and citizenship. On voting day, many states don’t require identification of any kind and most don’t require a photo ID.

In Mexico, each voter is provided with a government-supplied voter ID card, which includes the voter’s photograph, fingerprints, and a holographic image.

The polling station workers have a book with the photograph of every single voter in the precinct. They can check that book against the photo on the ID card. After voting, the voter’s thumb is smudged with ink, to prevent repeat voting. (The ink wears off after a few days).

In conclusion, the U.S. and Mexico both have elections this year. A comparative study of the two nations’ voting systems is interesting and instructive. By learning how the other country votes, we can better understand what is going on there. 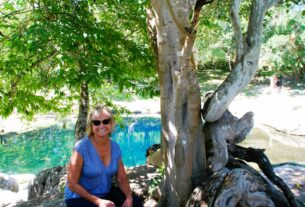 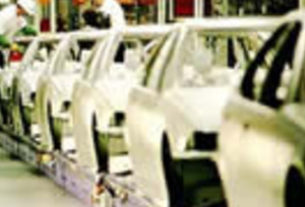 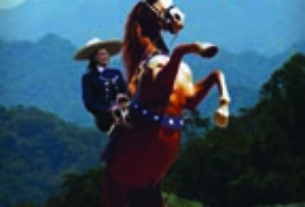