Roof sealing or waterproofing has been a problem since ancient times. The Ancient Egyptians, as early as 3000 B.C., experimented with waterproofing materials like beeswax, gelatin and clay. Later in 1000 B.C., other materials like Arabic gum, pitch and balsam were utilized. By the 17th century, Germans had experimented with coal tar and, later, bituminous products like asphalt began to be used. In the 19th century, scientists developed many organic, inorganic and synthetic materials. In the last 40 years, many new polymers have been developed to provide a variety of options for roof waterproofing that can be applied at ambient temperatures rather than the asphalt-like products that had to be heated prior to application. Modern roof coating materials use either solvents or water-based (non-flammable) mixtures that are not heated and, therefore, are easier to apply.

However, that truly is the issue when it comes to waterproofing or sealing a roof. It may be “easier to apply.” But it is the “application” of the product that is crucial to the performance and quality of the roof-sealing product and will determine the serviceable life of the roof product.

The roofs in the Lake Chapala region are usually a roof structure of masonry materials that are typically bóveda (bricks arched between beams), bovedilla (precast blocks between supporting beams) or concrete slabs (with two way steel reinforcement). These masonry materials will typically have a waterproofing layer above the main roof structure, which is then covered with flat porous clay tiles and finally waterproofing on the top exterior surface. A “lecharia” is typically used. This slurry mixture fills fine cracks and provides a waterproof barrier for the porous layers below the mixture. The final exterior coating to provide waterproofing is generally a paint product that is commonly named after one of the major brand names like “Fester” and helps to protect the lower layers of the roof and shed rainwater.

Recently, I met with clients who were experiencing some roof leaks in their Mexican home. The source of their frustration was that they had half an inch of water on their living room floor , yet they had sealed their roof with a five-year guaranteed product only one year before the leaks occurred. How could the roof be leaking only one year after the last resealing? And how could a five year guaranteed product fail after one year? It could have happened for a variety of reasons – including cracking due to building movement, blocked roof drains, deterioration by ultraviolet light, etc. However usually the new layer of roof waterproofing has prematurely failed due to inadequate preparation of the roof surface prior to using the manufacturer’s recommended method of application.

Unfortunately in this case, the last roof sealant was applied to a roof surface that was covered with former layers of peeling, bubbling and delaminating layers of sealant that had not been cleaned. The last sealant was painted over a surface where tree debris was stuck to the roof and, interestingly, the roof sealant was painted over layers of dust and dirt. The new layer was a waste of money – it did not have a chance to function correctly because it couldn’t adhere to the underlying surface. Proper preparation would have included scraping the former surface with flat scrapers and steel brushes to remove loose material. Then cleaning and filling cracks with appropriate filler material. The final preparatory step involves cleaning the surface to remove any deleterious surface grease or dirt that would inhibit proper adherence of the final coat of waterproofing. Acid washing also helps to remove any water in the surface, which can later cause bubbling in the final coat of waterproofing. In some cases, a primer coat may be needed to provide a better surface for the roof sealant to adhere.

Finally, when applying the waterproofing layer, be sure to use the coating as recommended by the manufacturer. Diluting the mixture with water will only diminish the quality of the waterproofing roof sealant and hence could cause it to delaminate or become un-adhered from the base surface. This is a common error by service providers who only paint with one or two diluted layers and do not follow the manufacturer’s recommended application method. 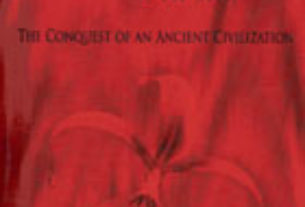 Aguascalientes’ Museum of Death welcomes you