This is a story that would have been laughed out of a Hollywood studio had it ever been submitted as script material: that a leading figure in the Spanish Conquest of Mexico was a shipwrecked priest who learned a new language but refused to yield to temptations of the flesh.

Truth, to parrot a well-worn cliché, is often stranger than fiction and the description noted above fits exactly a l5th and l6th century Spanish cleric named Jerónimo de Aguilar.

Aguilar was born in Ecija, Spain, in or about 1489. Educated for the Church, he came to the New World and while enroute from Panama to Santo Domingo in 1511 was shipwrecked off the coast of Yucatan. With several companions, he escaped the wreck in a lifeboat. Unfortunately for the survivors, this part of the coast was inhabited by cannibals. Some of the Spaniards died of hunger and exposure; others were sacrificed by the hostile natives.

Aguilar and a companion, Gonzalo Guerrero, managed to escape into the interior where they encountered a more friendly tribe. Both Aguilar and Guerrero achieved a degree of assimilation into the Maya culture — learning the language, adopting Indian ways — but with one important difference. Where Guerrero took a Mayan wife who bore him two children, Aguilar remained true to his priestly vows and refused to form a romantic liaison with any of the attractive girls whom the chief placed at his disposal. The Indian ruler, both amused and bemused, finally appointed Aguilar as keeper of his harem. William Prescott, celebrated historian of the Conquest, compares Aguilar to St. Anthony, the Egyptian desert monk of Roman times who is also reputed to have spurned temptations of the flesh. Personally, I’ve always doubted the legend of St. Anthony. Since it was his boast that he lived 105 years without taking a bath, it is difficult to believe how the perfumed courtesans whose advances he allegedly rejected would ever have wished to make such advances in the first place.

In 1519, when Cortés arrived in Yucatan, Guerrero and Aguilar reacted in completely different ways. Guerrero, completely Mayanized, refused to join his countrymen and was later killed while fighting on the side of the Indians against the Spaniards.

Aguilar, by contrast, was delighted to be reunited with his countrymen. But it was a connection that was nearly missed. Cortés had heard about two white men living among the Indians. A letter he sent them was somehow delayed and his fleet had already left when Aguilar made his way to the coast. But a storm forced Cortés to return to the island of Cozumel, off Yucatan, and Aguilar frantically boarded a canoe and paddled out to reach his countrymen. Because he was clad in the Indian manner, Cortés at first didn’t identify him as a Spaniard. But Aguilar cried out to him in Spanish that had become rusty through disuse and Cortés allowed him to board the ship. When Aguilar displayed a prayer book he’d brought along for the occasion, Cortés embraced him and invited him to join the expedition, thus gaining the services of an invaluable interpreter. Cortés, who could be a diplomat as well as a warrior, avoided friction with Aguilar’s Indian captors by ransoming him for a few glass beads.

But it was different story when he arrived in another Mayan-speaking region, the coast of Tabasco. Two years earlier, an explorer named Juan de Grijalva had enjoyed an amicable meeting with a Tabascan chief who gave him a number of gold plates. Cortés was less fortunate. When Aguilar translated his proclamation that he wanted only safe passage through theír lands, the Tabascans responded with a shower of arrows. A series of desperate battles ensued and after one skirmish Aguilar asked a Tabascan captive why the locals were so hostile after they had been so friendly to Grijalva. The reply was that other tribes in the region had charged the chief who had been hospitable to Grijalva with treachery and cowardice. Taking these admonitions to heart, the Indians who had welcomed Grijalva faithfully promised that from then on they would fiercely resist the whites.

Though they lived up to their word, technology eventually triumphed over numbers. Overcome by Spanish firepower — both from arquebuses and the deadly crossbow — the Tabascans surrendered, accepted Christianity and then attempted to further propitiate the victors with food, cotton goods and slaves. Among the latter was a beautiful young woman who had been sold into slavery by a people who spoke another Indian language. The girl had learned Mayan and she and Aguilar were able to converse in that language.

As part of the booty that Cortés acquired were a few gold ornaments of little value. Cortés inquired where the gold came from and the Tabascans pointed to the west, to a vast empire they referred to as “Culhua” in Maya and “Mexico” in Nahua, the girl’s native language.

The rest is history. Cortés communicated with Aguilar in Spanish, Aguilar with the young woman in Maya, and the girl with inhabitants of Moctezuma’s empire in Nahua. The girl of course was the famous Marina, or Malinche, who quickly learned Spanish and became Cortés’ mistress as well translator.

With Aguilar pretty much eliminated from the equation, relatively little is known about his later life. Prescott places him on the retreat from Tenochtitlán, during the noche triste when the Spaniards were driven out of the Aztec capital, and at Chalco, when Cortés was making his victorious comeback. However, there is an interesting item in the reliable Diccionario Porrua, indicating that Aguilar regressed from his earlier puritanism and formed an attachment with an Indian woman named Elvira Toznenetzin. They allegedly had two daughters and in 1526 Aguilar was awarded a grant of property in the Valley of Mexico. On his death, probably in 1531, the land reverted to the Crown. Because of his ecclesiastical status, he was ruled to have no legitimate heirs. But one of his daughters succeeded in snaring a conquistador. Named Luisa, she married an officer in Cortés’s force named Cristóbal de Oria. 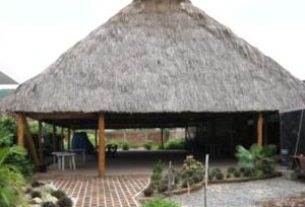