On a visit to Cuernavaca, our friend Joaquín was describing the chicken his sister-in-law had prepared for New Year’s dinner. It sounded delicious and he promised to ask her for the recipe. A few nights later, he surprised us with the chicken, which she had prepared especially for us when she found out we wanted the recipe. Leaving the apple wedges unpeeled makes for an attractive presentation. The chicken and fruit combination is a specialty of Morelos, and the use of Worchestershire (” salsa inglesa“) and Maggi is widespread in Mexico. I wouldn’t use them on a daily basis because I watch our salt intake, but in this dish they really make a difference in the taste.

Wash the chicken inside and out, pat dry with paper towels and season with salt and pepper.

Lightly sauté the onion and apple wedges in butter in a large Dutch oven or cazuela. Remove with a slotted spoon, allow to cool, and lightly stuff the main cavity of the chicken with them. Use skewers to hold the opening together. Sprinkle the chicken with Worchestershire and Maggi to taste.

In the same pot with the butter, lightly brown the chicken on both sides. It should get a nice glazed color because of the seasonings that have been sprinkled on. If some of the apple and onion fall out as it is being turned, don’t worry; it will add to the flavor of the broth and they will come out eventually anyway.

Add the wine to the pot, cook until it has reduced in volume by half, add chicken broth just to cover up to 2/3 of the chicken. Continue braising either on the stovetop, on a low flame, or in a 350º F oven.

When the chicken is tender and the juices run clear when the deepest part of the thigh is pierced with a fork (or when a meat thermometer reads 180º F, the standard mark for poultry doneness) remove it to a platter and allow to cool. Arrange the onions and apples around it. Serve the “juice” on the side, with plenty of bolillos or French bread to soak it up.

Serve at room temperature. Serves 6 with a side dish. This is also nice sliced cold as part of a picnic. 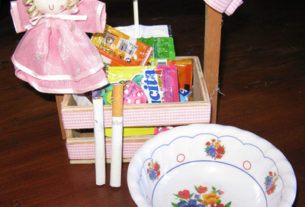