(This is the first of a three-part series about Mexico’s tragic Cristero Rebellion, when forces of secular and religious fanaticism were locked in a no-quarter battle for the country’s soul.)


The 1920s -1930s struggle between Church and State in Mexico ultimately goes back to five articles of the 1917 Constitution. Article 3 called for secular education in the schools; Article 5 outlawed monastic orders; Article 24 forbade public worship outside the confines of churches; and Article 27 placed restrictions on the right of religious organizations to hold property. Most obnoxious to Catholics was Article 130, which deprived clergy members of basic rights and made them in effect second-class citizens. Priests and nuns were denied the right to wear clerical attire, to vote, to criticize government officials or to comment on public affairs in religious periodicals.
(“Emblematic of this anticlerical mindset was the tendency to “laicize” the names of locations with two words of religious significance, by contracting them into one. Thus, “Vera Cruz” (“True Cross”) becomes “Veracruz.”)

If such harsh measures were enacted in 1917, why did the Catholics wait almost a decade before rising in revolt? The answer lies in the policies and personality of Alvaro Obregón, president of Mexico between 1920-24. In 1917, when the anti-Catholic measures were enacted, Mexico’s chief executive was Venustiano Carranza. Obregón and Carranza, once allies, became enemies and Obregón overthrew Carranza in 1919. On assuming the presidency, Obregón lost no time demonstrating the qualities that had led him to be called El Invicto — “the undefeated”. Tough, ambitious and clever, Obregón –though no friend of the Church– was pragmatic enough to follow a policy of applying the anti-Catholic measures selectively. They were rigidly enforced in areas where Catholic sentiment was weak, laxly or not at all in regions where it was strong.

This uneasy modus vivendi came to an end when Obregón was succeeded by Plutarco Elías Calles. A morose, stubborn man, Calles was a fanatic bent on exterminating Catholicism in Mexico. Not only would he enforce the constitutional provisions with equal vigor throughout the country but he would add anti-Catholic legislation of his own. In June 1926 he signed a decree officially known as “The Law for Reforming the Penal Code” and unofficially as the “Calles Law.” Where the constitutional articles had been general, the Calles Law was very specific. Priests were fined 500 pesos (about $250 at the time) for wearing clerical garb and could be imprisoned five years for criticizing the government.

In a pattern of challenge-and-response, Catholic organizations began to intensify resistance to a government that was attempting to destroy them. Of these, the most important was the National League for the Defense of Religious Liberty (Spanish acronym LNDLR), founded in 1924. Others were the Mexican Association of Catholic Youth (ACJM), started in 1913, and the Popular Union (UP), a political party founded in 1925 and active almost exclusively in fervently Catholic west-central Mexico. When the fighting began, the ACJM and UP would furnish the rebel forces with a cadre of young officers.

Enraged by the Calles Law, the Mexican Episcopate voted on July 11, 1926, to suspend all public worship in Mexico, the suspension to take place August 1. On July 14 the bishops endorsed the LNDLR’s plan for an economic boycott against the government. The boycott, which was particularly effective in west-central Mexico, covered four areas: recreation, commerce, transportation and schools. Catholics stopped attending movies and plays, riding on buses or street cars and Catholic teachers refused to serve in secular schools.

By October the boycott had collapsed, due mainly to lack of support from rich Catholics. (As the rebellion progressed, rich Catholics became almost as hated as the anticlerical government.) As one Guadalajara merchant put it: “I’m a businessman and I have obligations. I’m losing money because of this damn boycott.” Rich Catholics also incurred anger by paying the federal army for protection and calling on police to break up the boycotters’ picket lines.

In the meantime, violence was escalating. In Guadalajara, on August 3, some 400 armed Catholics barricaded themselves in Guadalajara’s Guadalupe Sanctuary. After a shootout with besieging federal troops, they surrendered only when their ammunition ran out. U.S. consular sources placed the number of dead from the fighting at 18 and wounded at 40.

The next day, in Sahuayo, Michoacán, the parish church was stormed by 240 soldiers. Among the casualties were the parish priest and his vicar. On August 14, in the Zacatecas town of Chalchihuites, government agents staged a purge of the local ACJM chapter and executed the chapter’s spiritual adviser, Father Luis Bátiz.

The Chalchihuites massacre created a chain reaction. A band of ranchers under a former Army colonel named Pedro Quintanar had been riding to the rescue of Father Bátiz. On learning that they had been too late, Quintanar’s men seized the Chalchihuites municipal treasury and declared themselves in rebellion. Until dislodged by a federal counteroffensive, these new rebels held a region that comprised the entire north of Jalisco.

On September 28 the mayor of Pénjamo, Guanajuato, Luis Navarro Origel, led another uprising. Beaten by the federals in the open country around Pénjamo, Navarrols men retreated to the rugged Guanajuato sierra to carry on as guerrillas. This action was followed by the September 29 rising of Trinidad Mora in Durango and an October 4 insurgency in southern Guanajuato, the latter led by a former federal general named Rodolfo Gallegos. Both Mora and Gallegos were eventually forced to adopt Navarro’s tactic of fading into the sierra after being bested by federal troops in open country.

Jalisco –and particularly the Los Altos region northeast of Guadalajara– would become the focal point of the rebellion. Yet the state had been strangely quiescent since the Guadalupe Sanctuary skirmish. This was not due to any lack of zeal. As they witnessed the failure of premature risings in Durango, Michoacán, Zacatecas and Guanajuato, rebel leaders knew that they must gather their forces, stockpile arms and strike massively at the most opportune time.

In the meantime, the LNDLR had selected an official leader for the movement and an official date for the outbreak of hostilities. The leader was twenty-seven-year-old René Capistran Garza, a charismatic and fiery lawyer who headed the ACJM; the date was January 1, 1927. 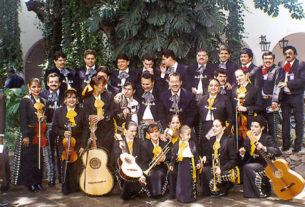 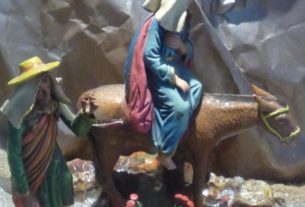