This page is number 6 of seven pages on MexConnect which come originally from the website of CEDEX (Center for Historic Studies of Public Works and Town Planning) in Madrid, Spain. (Links to the other six pages are provided at the end of the article). The pages reflect an exhibition organized by CEDEX in 1988, entitled “Manila 1571–1898, The West in East”.

In the New World, Spain carried out one of the greatest town-planning ventures of all times, and all projects were based on a common model: the “cuadrícula”, or grid pattern.

The Spaniards considered the city to be an essential element in the organization of its territories in America and the Philippines. The first cities, where the embryo of a new order of town planning already existed, were built in the Caribbean area and were then developed in Central America.
This method of creating cities became consolidated, in accordance with a certain planning model, as from the founding of Lima in 1535, and under the influence of the Spaniards it spread rapidly over the rest of the American continent, eventually reaching the Philippines.

The “cuadrícula”, which consisted of a system of streets and blocks that were laid out with regular precision, was developed through a varied typology, and was usually structured in a hierarchical fashion with the “main plaza” as its focal point, since this symbolized the city centre.

The efficiency afforded by the “cuadrícula” method in the utilization of space was so significant that this model of town planning was applied in a standard way in all places and at different periods in time. It was used from California to Chile and from Cuba to the Philippines, from the early decades of the 16th century up until the 19th century. The “cuadrícula” was adopted as the standard form for creating cities, and was characteristic of all town planning projects that were carried out in the New World.

City of Caracas (Venezuela) with its neighbourhoods marked out. Joseph Carlos de AgŸero. 1775. AGI The initial layout was performed in a territory defined by three small rivers of unequal size, and Caracas began to grow as a succession of equal and equally separated elements were added in all directions.

Drawing of Lima or the City of the Kings, around 1750. BN Lima, the capital of the Peruvian viceroyalty, was initially set out in a rectangular form in which the “plaza” was displaced to the nearby Rimac river. This urban layout was consolidated in the 18th century after the construction of the city walls.

Drawing of Santa Fe de Bogotá (Colombia). Domingo Esquiaqui. 1791. SGE The growth of the old city of Santa Fe was limited by the presence of the San Francisco and San Agustín rivers. It was not until the 18th century that city growth moved beyond these natural barriers and spread in a northern and southern direction with a grid-system layout.

Drawing of the new city of Guatemala de la Asunción. Marcos Ibáñez. 1778. AGI Throughout its history, the city of Guatemala was sited in different places. The third settlement, which was carried out at the orders of Charles III in 1775, maintained the design involving a central “plaza” and radiating street blocks within a basic orthoganal layout.

The city of Quito (Ecuador). Dionisio Alcedo Herrera. 1734. AGI The city of Quito was established on relatively rugged terrain. Over time, the early, regular layout of its nucleus became more irregular as it had to take account of the orographical features of the area.

La Plata, also known as Charcas, and today Sucre (Bolivia), in 1779. Yldifonzo Luján. AGI The city of La Plata was never confined behind walls and its streets were only contained by their natural geographical surroundings. Its early structure was maintained throughout the whole of the colonial period.

Buenos Aires (Argentina) towards 1760. SHM From the 16th century onwards, the city of Buenos Aires grew at a slow pace. After the La Plata viceroyalty was established in 1776 and this city became the capital, a great many more urban planning works were undertaken.

Drawings showing the spacial distribution of towns founded in America by the Spaniards. Drawn up on the basis of information provided by Catalina Romero Romero (Artigas, Pina, Patón) 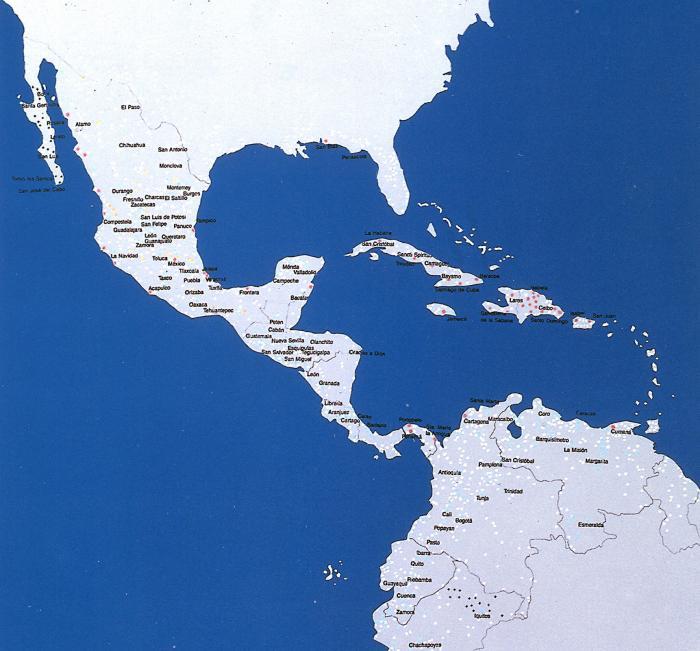 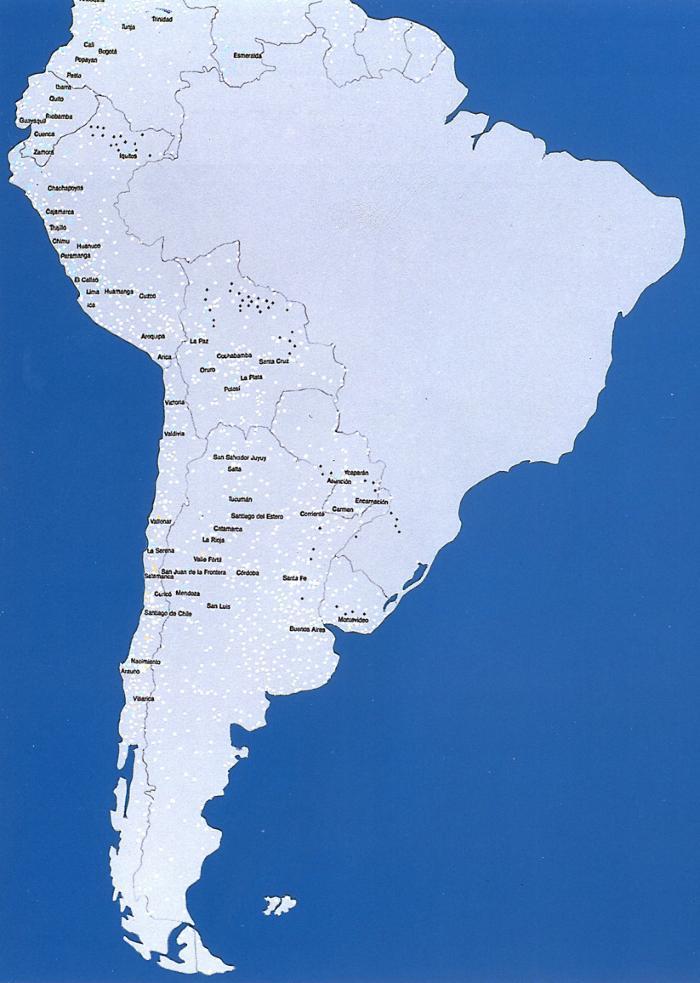 The development and expansion of colonizing activity as it spread out from the founding settlement in Las Antillas, as reflected in the “Urbanismo español en America” exhibition, 1976. ICI. (Artigas, Pina, Patón)

The development and expansion of colonizing activity as it spread out from the founding settlement in Santo Domingo, as reflected in the “Urbanismo español en America” exhibition, 1976. ICI. (Artigas, Pina, Patón) 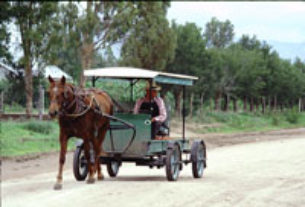 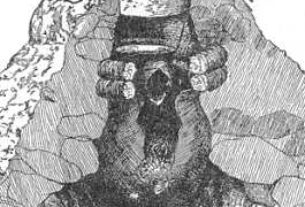 Did You Know? Tequila dates from the sixteenth century

Murder in Mexico: an English family during the Revolution