Age-old question: Were great churches built to the glory of God or to satisfy puffed-up egos of men?

Mexico has many magnificent cathedrals in a variety of architectural styles and craftsmanship, some with spires and bell towers reaching for the sky, some featuring spectacular art, some with lavish decorations, some of historical significance, some tourist attractions that charge entry fees.

Dare I say some are ostentatious?

Wait a minute, no foul language and don’t throw anything. I understand that sincere worship and even humility can exist in mega-churches with fancy fittings. I accept that there is no one mandatory design, no requirement to do it my way.

I have Catholic friends who smile and try to explain the inclination to cover everything in gold. Some see the riches, the ivory thrones, chalices of silver, the flowing robes encrusted with jewels — without even noticing the pomp and pageantry.

When I was introduced to the little San Patricio by the Sea, non-denominational Protestant church with the open front and thatched roof, around the bay from Barra de Navidad and next door to Melaque — closer to the lagoon than the Pacific — I thought of the sacred showplaces across the country.

The busiest shrine in Mexico City strikes me as a wee bit flamboyant. There are so many beautiful structures done to excess — the majestic temple of Santo Domingo de Guzmán in Oaxaca, the Immaculate Conception cathedral in Puebla and an unbelievable building in Guadalajara.

Zacatecas, Durango, Acapulco they are everywhere.

As churches go, San Patricio by the Sea is an intriguing addition in the low-rent district.

It had a humble beginning, born of need in the late 1990s. There were hundreds, maybe a few thousands, of Americans and Canadians, residents and snowbirds, in the region but no religious services in English for many, many miles along the west bank, nothing from El Tecuan to Manzanillo and beyond.

Richard and Nancy Lennie did something about it. They invited a small group of dedicated Christians to meet in their home. Clare Searles, a fourth-generation Wisconsin cranberry farmer from 2500 miles away, remembers it well.

Leadership from different denominations was no problem. The congregation was certainly mixed. It even included a couple of young Mexicans studying English.

The “church” outgrew the Lennie home and moved upstairs at Gonzalez grocery and restaurant.

Next stop was rented space at Maya restaurant. It proved insufficient. Next site was an almost free lot. The group put up a palapa, erected an altar, built a bathroom, put down a brick floor and purchased plastic chairs.

Their wooden cross was bare. Protestants emphasize the resurrection.

“It was amazing what happened,” said Searles. “We had two services, about 75 in each.”

Fire forced the next move. Lightning or a lighted cigarette got the thatch roof. All the Christians had built and bought was lost.

The congregation had already purchased a future building site. Those who live in the area year-round oversaw immediate construction. The new church is bigger and better.

“It is still a structure of simplicity, allowing God to be the substance,” said pastor Ron Klein, now in his ninth year.

He and Nancy arrive from North Dakota for the first Sunday in November and go north in late April. Nancy is an important part of the ministry. She leads Sunday music and a worship team of singers on the side.

Mixed membership? Searles of Wisconsin and Lou Moodie of British Columbia are co-chairs of the church leadership team. Ruette Parks of Barra is the treasurer. Scott Rudolph and Grace Ryan are from that community. Linda Dillard is from Illinois, Liz LaVia from Ontario, Dan Wuthrich from British Columbia and Steve Cotton is from Villa Obregon, Oregon and wherever the most recent tour has been.

Attendance obviously fluctuates with the weather. During hot and humid summers, it dwindles to a precious few. It may be up to 30 by the time the Kleins arrive. It peaks at about 150.

There is a lot more to the church than Sunday sermons.

“The mission of the church is to be Christ’s presence here in this geographic area,” said Klein. “We have a number of activities that help to make that a reality.

“We took up a collection and patronized the downstairs businesses,” said Searles.

“We have a Community Service Committee that serves the needs of the poor and disadvantaged. For example, we have financed and supervised the construction of a school classroom in a needy village. We distribute non-perishable food items in cooperation with DIF, a Mexican relief agency. We distribute supplies to village schools.

“We make volunteers aware of other organizations that are also focusing on these needs, such as an indigenous school and clinic that a number of our attendees help.

“We are in our third season of cultural awareness classes for gringos, the majority of whom are not church attendees.”

The theme is “Seek first to understand, before seeking to be understood.”

San Patricio by the Sea has had a Christmas sing-along and a country gospel concert as outreach efforts in the community.

“The under-the-radar generosity of some north-of-the-border folks to the local folks means that they are not just here focusing on themselves,” said Klein.

Helping others? Clare and Char Searles have informally adopted a barrio family that has a child with spinabifida.

Helping others? The Searles have been bringing give-away wheelchairs for 17 years.

“They are collapsible. We can haul five each November,” said Clare.

Christian outreach? Another church couple provides art supplies for a 40-year-old Mexican with severe cerebral palsy. She controls brushes with her teeth and sells her artwork from a prone position on a blanket in the town square.

“They sent the woman to an art school to become more proficient at her trade,” said Klein.

Believe it or not but two church families purchased goats and gave them to a young Mexican family to help start a little ranch.

“These people demonstrate one of the phrases used at the church: ‘You never vacation or retire from a relationship with God.'”

You might be interested in how San Patricio by the Sea and Ron Klein found each other.

“I was an insurance agent and property manager back in Bismarck, North Dakota, while always being an active lay leader,” said Klein. “Business success gave me the freedom to start doing what I always had wanted to do, which was take intensive seminary classes through Fuller Theological Seminary. This led to ordination with the Reformed Church in America.”

After ordination, Klein continued in insurance and did some stints as an interim pastor.

At the end of one such relationship, at the Sunday potluck dinner of appreciation for his service, he was asked where he was going next.

“I answered that I did not know, but said maybe God would show us on Monday. I was off by a day, because on Tuesday I found the San Patricio information on the Fuller Seminary internet site.”

“We had a computer whiz in the congregation and he conducted an internet search for a pastor. I recall him saying there would be nothing to it, that anybody who read about the opening at this utopia would jump at it.” 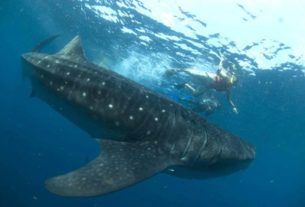