If there is one state that can be considered quintessentially Mexican, it is Jalisco. Home of mariachis, tequila, famous regional dances and equally well-known culinary specialties, Jalisco is at the heart of the country’s culture and contributes significantly to its cuisine.

Located in Western Mexico, bordering on the Pacific Ocean to the west, and surrounded on other sides by eight neighboring states, Jalisco is made up of a diverse terrain that includes woods, beaches, plains and lakes. Its fertile land and abundant waters provided its earliest inhabitants with fish, game, and space for agricultural development, including the planting of corn, beans, tomatoes and chiles.

The first evidence of human civilization in the area has been traced back to the eighth century B.C. Vestiges of Olmec, Nahua, Tarascan and Chichimec cultures have been found, as well as indications of smaller groups, including Cora, Huichol, Caxcanes and Tepehuanes. Some of these groups had migrated from the north, and were undoubtedly attracted by the region’s rich sources of food.

The lakes yielded a variety of fish, including whitefish and charales, as well as freshwater shrimp and ahuautli, aquatic insects known in English as “water boatmen” and scientifically as corixidae. The ahuautli fed on algae and were prized as a culinary delicacy and a source of nutrition. Hunting provided ducks, doves and partridges. Inhabitants domesticated the turkey and the perrillo, a small dog, both of which were eaten roasted, accompanied by salsas made from a wide variety of ground or crushed chiles.

This food apparently did not satisfy the gastronomic requirements of most of the Spaniards who arrived in the mid 1500s, including Nuño de Guzmán, a particularly ferocious conquistador, who wrote to complain to the Spanish king that “this land has no bread nor wine nor oil, vingar or cattle.” This was remedied by the introduction of cattle, sheep, goats, pigs, and all other animal-based foods, including dairy products and lard, as well as wheat, olive oil, rice, spices, and several European varieties of fruit, nuts and vegetables.

The settlers who came to the region from different parts of Spain, including Asturians, Basques, Galicians and Andalucians, quickly adopted chiles and tomatoes, which they used in barbacoa and the stews called pucheros. Their voyages to Jalisco’s coast yielded culinary combinations such as Pacific fish and seafood seasoned with saffron and other European spices. And, after a time, they accepted the Mesoamerican dietary staple, corn, using it to make enchiladas, quesadillas, gorditas and even tamales, the pre-Hispanic version of which was transformed from a somewhat dry, grainy (though healthy) food into a light, lard-infused dough filled with pork and chiles.

The Spaniards were particularly proud of their major city in the region, Guadalajara, named after a city in Spain whose name had Arabic roots, from Wadi Al Hajara, meaning “river of stones.” At the center of what is now Jalisco, the city became an economic and cultural center, surrounded on all sides by land where agriculture and cattle raising thrived. The variety of fresh produce, meat, cheese, custards and other sweets offered in the city’s markets and food stalls was impressive and remains no less so today.

Guadalajara’s San Juan de Dios market, also known as Mercado Libertad, is today a sprawling complex of food stalls, produce stands, crafts vendors of all types, and an enormous food court, making this market a must-see destination for foodies headed to Guadalajara. Located near the Parque Morelos, the market offers visitors a sampling of all the regional dishes for which Jalisco is famous, including the hominy stew called pozole; the meat stew called birria, made with roasted chiles, spices, and either goat, mutton or beef; the chicken dish known as pollo a la valenciana; and tortas ahogadas, literally meaning “drowned tortas” because these pork sandwiches on French rolls are liberally doused with tomato sauce and chile sauce.

There is also a variety of antojitos (appetizer or snack foods) sold in the market, including tamales, sopes, tacos, and enchiladas tapatíos, named for the people of Guadalajara, who are called tapatíos. (People from Jalisco in general are also commonly called tapatíos, a word whose origins are unclear, although Fray Alonso de Molina, a Colonial-era Franciscan, suggested that it came from an indigenous word meaning “the price of something purchased.”)

Guadalajara’s Mariachi Festival in September, and its October Festivals, give visitors a chance to taste some of the regional food. Mexico’s second largest city is filled with restaurants, many specializing in a particular dish. Several restaurants in the Nueve Esquinas area, near the Templo de San Francisco, feature birria, while eateries in the Centro Historico near the Santuario de Guadalupe vie for customers to try their tortas ahogadas.

Incorporated separately, but within the greater Guadalajara metropolitan area, are the municipalities of Tlaquepaque, Tonala, and Zapopan. Each has its own festival days, when regional food competes with fireworks, dancing, and church bells for participants’ attention.

Tonalá is reputed to be the home of pozole, where it is said that the Tonaltecas prepared it with human flesh, although this was not an ordinary meal, but a religious rite. One of the most important handicrafts centers in Mexico, Tonala celebrates several fiestas, during which regional food specialties are served. Two of the most popular are the feast of Santiago, the town’s patron, July 25, and the feast of the Virgin of Guadalupe, Dec 12.

Tlaquepaque, where the Parrian Plaza is filled with restaurants and bars, celebrates its patron’s holiday on December 8. Various types of pozole, mole, whitefish with garlic, fish birria, chichicuilotes (birds indigenous to the Jalisco lakeshores) are served, along with bote, a stew made with beef, pork or chicken, with vegetables usually cooked in pulque and served in a thick sauce.

Zapopan, home of the miraculous Virgin of the same name, celebrates its fiesta on October 12, when locals and visitors enjoy fresh corn tamales with chicken filling, caldo michi (a fish and vegetable soup) and a variety of tacos, tortas, tostadas and enchiladas. As with all the regional fiestas, vendors offer sweets made with coconut, guava, tamarind and mango, plus candied nuts and ice creams.

A visit to Guadalajara would be considered incomplete by some without a ride on the “Tequila Train” that goes from Guadalajara to the town of Tequila, home of the country’s most famous beverage. The visit to the tequila distillery includes a buffet with an enormous variety of regional food and entertainment by mariachi musicians and regional dancers.

Also not far from Guadalajara is Lake Chapala, the country’s largest fresh water lake, popular with weekenders from the city and home to a large foreign population. The area’s many restaurants feature both international and Mexican cuisine, with some regional specialties of Jalisco.

And in another area popular with foreigners, Lagos de Moreno, the Señor del Calvario is honored with a fair that begins on July 28 and culminates with the celebration of the patron’s feast day on August 6. Birria, pozole, caldo michi and enchiladas tapatías are accompanied by regional beverages such as tequila, tepache (made with fermented pineapple), tejuino (made with fermented corn), chocolate and the cinnamon-infused café de olla. It is a well-attended feria, and apparently worth the two and a half hour drive from Guadalajara to “Los Altos de Jalisco”, the highland region of the state.

Far different in altitude and terrain, but with food that is equally superb, is Jalisco’s Costa Alegre, made up of Puerta Vallarta and the central Pacific coast, including Barra de Navidad and the Melaque-San Patricio area. Puerta Vallarta has, in recent years, become a gourmet dining destination, site of the Mexican Gastronomy Fair held each November. However, it was a traditional fishing village before becoming a tourist destination, and plenty of long-time favorite local dishes, such as the grilled fish dish known as pescado zarandeado, abound.

In towns further south, including Barra de Navidad, Melaque, San Patricio and Tenacatita, street-side eateries and restaurants feature regional fish and seafood dishes, such as shrimp breaded with coconut. A local specialty is the rich rollo del mar, which consists of a fish filet stuffed with chopped shrimp and octopus, rolled and sometimes wrapped in bacon, and covered with either a chile sauce or an almond sauce, depending upon the chef.

From the coastal fish and seafood to the hearty meat dishes of the northern and central parts of the state, Jalisco offers a varied and tasty regional cuisine, with the characteristic flavor of chile bringing it all together. Try one or more of the following recipes for a taste of la cocina tapatía. Also see the recipe for Pozole Rojo Jaliscience: Jalisco Style Red Pozole in the January 2006 issue of Mexico Connect, and the two-part article Cooking with Tequila, for some ideas on using Jalisco’s most famous beverage in the kitchen, in the April 2000 and May 2000 issues. 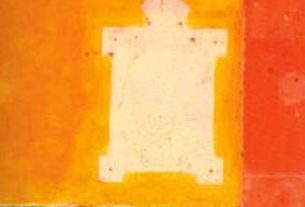 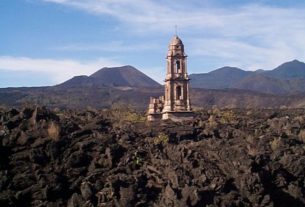