Turrón was brought to Mexico by the Spaniards, who have two versions, one from Jijona and one from Alicante. Jijona turron is a soft ground almond and honey candy, while the Alicante version is hard, like peanut brittle. Turrón blando was first made by the Moors in the town of Jijona, Spain, and was inspired by the Middle Eastern sweet called halvah.

Line a small oblong baking pan with greased parchment paper or greased waxed paper, leaving a flap of paper hanging over at one end. The flap of paper should be long enough to fold over the pan when the turron is finished. Cut a piece of cardboard the same size as the pan.

Pour honey and water into a saucepan and place over medium low heat.

Fold egg whites into the almond and sugar mixture and add to the honey and water in the saucepan.

Continue simmering over medium low flame, stirring constantly with a wooden spoon until the mixture browns and thickens.

Remove from heat, pour into baking pan, and fold the flap of greased paper over the turrón. Place the cardboard on top. Place a medium-heavy object, such as a bag of beans, on top and allow the turron to cool and set completely, about 2 days, before cutting it into squares or strips. Makes about 2/3 pound. 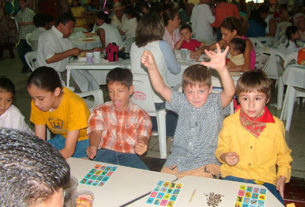 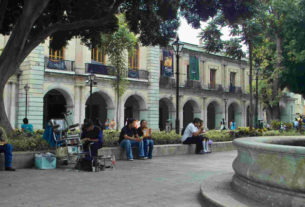