(To Part One: Loreto and San Javier)

Photo gallery: Loreto and San Javier: from sun, sand and snorkeling to museums, missions and mountains 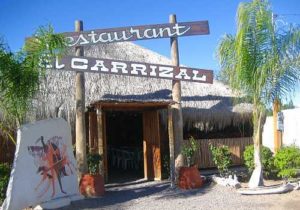 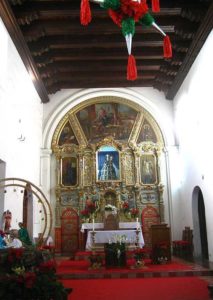 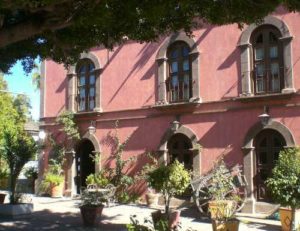 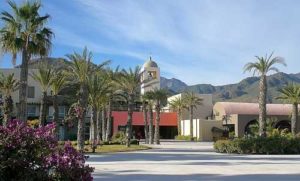 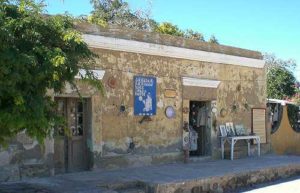 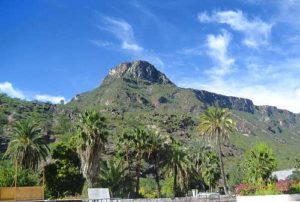 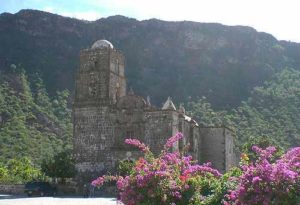 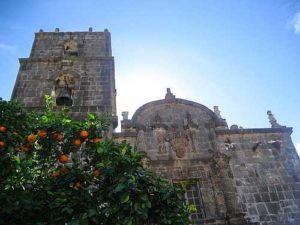 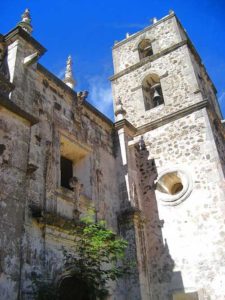 Three towns in Baja California Sur offer a relaxing alternative to the frenetic pace of life in the pricier and more touristy Los Cabos area: Loreto, Mulegé and Santa Rosalía are very different to one another, and all well worth visiting. This is a trip that combines some sun, sand and snorkeling with some museums, missions and mountains!

“Loreto and San Javier” is part 1 of a three-part series:

There are numerous flights into Loreto, the ideal base for this self-guided tour, including a daily flight from Los Angeles. A viable alternative, particularly if you also want to explore the area further south, is to start from La Paz, the capital of Baja California Sur state.

The road north from La Paz (Highway 1) is mainly two lane and not a high speed highway, though most vehicles average between 110 and 130 kph outside built-up areas, which are few and far between.. The first town of any size is Ciudad Constitución, 209 kilometers north of La Paz. The grey whale-watching (January to March) town of San Carlos is about 50 kilometers to the west. Ciudad Constitución is a popular overnight stop (hotels, restaurants, shops) for long-distance traffic, but is otherwise an entirely forgettable place.

About 25 kilometers further north, in Cd. Insurgentes, Highway 1 suddenly branches off to the east, its first change of direction for more than 80 kilometers (50 miles). Just before the junction is an excellent roadside family-run restaurant, El Carrizal, where everything is cooked to order, well presented and the service is quick and friendly. Prices here are in line with mainland Mexico, much more reasonable than tourist havens like La Paz. (Mains: US$8-12)

From here, the road to Loreto crosses the irrigated plains which have brought such obvious prosperity to local farmers before forcing its way through the varied and beautiful rock formations and cactus-studded slopes of the Sierra de la Giganta to reach the eastern coast of the Baja peninsula. This section of coast, together with its islands, is formally known as the Loreto Bay National Marine Park, and is stunning.

The park was first established in 1996 and became a national park in 2000. Almost 90% of its 206,500 hectares is sea, and the park includes five large islands: Coronada, del Carmen, Danzante, Monzerrat and Santa Catalina. In 2005, these islands, together with all other islands in the Sea of Cortés were designated a UNESCO Natural World Heritage site. The marine park has distinct zones, each with differing levels of protection and restrictions for activities such as fishing. Rather than completely prohibiting fishing (which would probably be impossible to enforce), a set of regulations governs not only commercial fishing but also sports fishing and tour activity. Only limited areas have been placed completely off-limits. The park is a great place to whale watch, especially between February and April, and several kinds of whale are frequently seen in these waters, including the blue, humpback, finback, pilot, and the occasional gray whale.

Just before Loreto, the Villages at Loreto Bay golf course makes its appearance, a startling vivid green contrast to the surrounding brown hills.

The town of Loreto

Loreto is the perfect base for sports fishing and several licensed service providers can ensure that you have a successful time while complying with all the marine park regulations. Loreto is also a great spot for diving, and there are several well-established dive centres in Loreto which offer a full range of courses and expeditions.

Loreto is quite an attractive large town, centered on the centuries-old mission with its wonderful old alterpiece (retablo). The town has a wide range of hotels, from ultra-luxurious to budget, and numerous restaurants. Its well-appointed sea-front (malecón) and boat harbor are only a few blocks from the mission. Loreto has several good handicraft stores, selling choice items from all over Mexico, including the whimsical figures known as alibrijes from Oaxaca, talavera ceramics from Puebla and hand-woven textiles from Chiapas. Its main annual fiestas are in early September (the Nuestra Señora de Loreto festival) and late October (the Jesuit Missions festival).

The very first Jesuit mission in this region was at San Bruno, 25 kilometers north of Loreto, which was founded in 1683, but abandoned only two years later. In February of 1697, the Spanish Viceroy granted Jesuit priests Juan María de Salvatierra and Eusebio Francisco Kino permission to go to the “California Province”. This is the earliest recorded mention of California as a geographic entity. In October 1697, the Jesuits returned to Baja, founding a mission at Loreto. The mission became extremely successful and Loreto functioned as the capital of the Californias (including the present-day U.S. state) until 1777. From Loreto, the Jesuit priests set off to found missions throughout the peninsula, most of them established by about 1720.

Shortly after Mexico’s independence in 1821, the uncertainty about the precise legal status of Baja California led to Loreto being attacked by the English adventurer Thomas Cochrane on March 4, 1822. Cochrane was repelled by the heroic efforts of sixteen local Loretanos, led by José María Mata. This incident prompted Baja California to formally join the Mexican Republic three days later.

The local Indian name for the site of Loreto was apparently Conchó, meaning reddish mangrove. Some facets of the history of the local Indians are revealed by a visit to the small museum (admission $35 pesos) which adjoins the Mission of Nuestra Señora de Loreto. The museum makes it clear that when the priests first arrived, the Indians had neither permanent settlements nor homes. Neither did they have any ceramic or pottery vessels, relying instead on items made from stone or basketwork. The local Indians were decimated by European diseases, and the terrible tragedy of the colonization of Baja California is revealed by the stark figures for the native Indian population, which plummeted from more than 40,000 in 1797 to less than 4,000 in 1875.

The museum has several exhibition rooms and requires about 30-45 minutes to look around. It has some outstanding pieces, including a canoe from Nayarit made from a single massive tree trunk, and an exquisite Chinese chest that arrived in Mexico from the Philippines aboard the Manila Galleon. Also on display are items used in colonial times for sugar cane processing and flavoring, including presses, a cowskin receptacle and the weighty wooden molds required to make individual portions.

A worthwhile sidetrip while in Loreto is to the mission of San Javier in the Sierra la Giganta, the mountain range to the west. The junction is signed off Highway 1 just south of Loreto. As of January 2008, only the first 3 kilometers of the 36 kilometers to San Javier was paved; the driving time was about an hour and 45 minutes each way. This route is a winding mountain road, rocky in places, with some steep sections. It is recommended that you enquire locally beforehand to ensure that conditions have not changed significantly.

Part-way to San Javier is a small stream and sign for Cuevas Pintas, one of the most easily accessible locations in all of Baja to see cave paintings. Abstract figures, thought to be the visions experienced by a shaman during a trance adorn a protected rock overhang. In the background, as you contemplate the paintings, the water bouncing over the rocks from one pool to the next in the pretty arroyo provides a soft musical accompaniment to heighten your pleasure.

San Javier is a veritable oasis in this semi-arid mountain wilderness. The entire village has clean, cobblestone streets but only very limited tourist services. Its well-restored mission (San Francisco Javier Viggé Biaundó) was founded in 1699 by Jesuit Father Francisco María Piccolo, but the mission had to be abandoned, following repeated native attacks, in 1703. Later that year, Father Juan de Ugarte arrived, and lived alone in the mission, with no military support, at the mercy of the natives. Ugarte (1662-1730) became a legend in his own time. He organized the construction of dams and irrigation channels, which can still be seen today, and grew wheat, corn, beans, and sugar cane. He also planted orchards of fruit trees, and introduced trades such as the weaving of wool, beekeeping, saddlery and cheese-making. Perhaps his most significant contribution was to show that grapes would thrive in this area, thereby initiating the wine industry in Baja, which is now one of the mainstays of the regional economy. Baja wines are among the best in Mexico.

In 1744, a few years after Ugarte’s death, Father Miguel del Barco (1706-1790) began to build the present mission Church, which took fourteen years to complete. The three magnificent gilded baroque retablos (altarpieces) came from Tepotzotlán, just north of Mexico City, and were brought here on the backs of mules, along with oil paintings and other religious paraphernalia.

The Inn at Loreto Bay
Tel: +52 (613) 133-0010
The Inn at Loreto Bay, 8 kilometers south of Loreto, has great rooms and excellent facilities, with restaurants, pools, a tennis center, golf course (scheduled to reopen in April 2008) and helpful, personable staff. The beach center provides kayaking, windsurfing and snorkeling equipment. The spa offers a range of massages as well as manicures and pedicures. The hotel arranges a variety of tours, from mountain biking (usually 1-2 hours of cycling) to sightseeing, sports fishing and scuba diving.

How to Get There

Text and Photos (unless otherwise credited) © Copyright 2008 by Tony Burton.
All rights reserved. 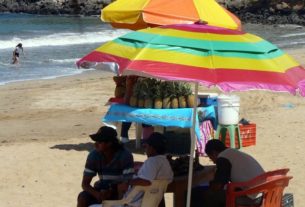