Empowering employees in Mexico presents a different series of challenges than in the United States. Mexico’s hierarchical and authoritarian tradition makes it extremely difficult for managers to delegate responsibilities to their employees—something any manager or director must do to run an efficient business. Empowerment in Mexico can be successful, though, if certain cultural characteristics are accounted for and incorporated into a unique leadership style.

I recently had the opportunity of meeting a director who practices a type of leadership that works well in Mexico. His results have been amazing.

Mr. Martin Sánchez Segura is technical director of Xcaret, a park near Cancún advertised as “nature’s sacred paradise.” It has become extremely popular with tourists coming to the area.

Prior to his nomination as technical director of the park, Sánchez was in charge of the park’s aquarium. He and his staff built the aquarium, and later the employees developed all the maintenance procedures to keep it going. The workers were mostly humble people from the area, some with very little formal education. Over the years, they have developed excellent technical abilities, and now are in charge of running the aquarium, with only light supervision from Sánchez.

How did he manage this? According to Sánchez, for leaders to be effective in Mexico they must be people-oriented. If directors think of their personnel as a group of individuals, give them respect and care about what happens in their lives, they will, in turn, develop a trust in their leaders and work ethically and professionally.

“It is important to choose managers who have or are willing to develop this capacity for personal attention,” says Sánchez. “I think it’s a difficult quality to teach.”

An important aspect of people-oriented leadership is delegating responsibilities. There is a common myth that Mexicans from lower economic levels feel uncomfortable assuming decision-making roles. “On the contrary,” says Sanchez. “When you deposit your trust in them, they feel extremely committed.” “These are people who have never in their professional lives been entrusted with making decisions. When they are given a decision-making role, it is an honor, and they assume it wholeheartedly.”

However, Sánchez is quick to note that the key is to assign responsibilities that will most likely be intially successful. Depending on the employees’ different levels of development and training, the first experiences (or challenges) have to end well, or self-esteem can be damaged.

A key aspect of empowerment is conveying in very explicit terms that mistakes are allowed. “When someone has made a mistake, I usually start by saying that I, too, have made this or similar mistakes in the past,” says Sánchez. When directors put themselves on the same level as the employees, they create a comfort zone. After this is done a few times, workers will tell the manager quickly if something went wrong. So much for the idea that Mexicans hate being the bearers of bad news.

Sánchez says that effective leaders must show their faces when things go wrong. If there is an emergency that needs to be taken care of in the middle of the night, the leader must be there.

“When they see a boss who shows commitment, that makes them feel more committed to the project.”

What is the payoff? A group of workers who are totally committed to the company, generate the majority of the solutions to problems that come up, and run on internal controls as opposed to constant monitoring. In other words, the end result of empowerment is the kind of workforce every manager dreams of. 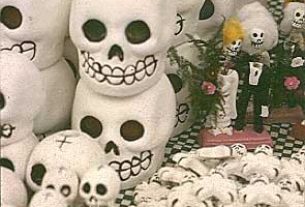