A reality of any manager’s life is attending and calling staff meetings. Another reality is that most managers complain staff meetings are a “waste of time.”

When meetings involve Mexican and Anglo-American managers (including most Canadians in the second group), the issue of time-management becomes salient, and in my experience, one that reflects core differences around views of time, and how to use it. Time, you see, is nothing but another cultural ingredient in our lives.

If you come from a U.S. or Canadian tradition, staff meetings are organized by defining ahead of time the agenda and the time allotted for each point on the agenda. Like clockwork, at the moment time has run out on a particular point, the meeting moves on to the next. In cases when the point was not successfully concluded, the decision is made to finish discussing it at another meeting. But respect for time is absolute.

If you come from a Mexican tradition, though, meetings are much less rigid. Generally speaking, each point is exhausted before moving on to the next, even if the time used borrows from other items on the agenda. In fact, the items to be discussed are often simply listed, without assigning a strict time limit on each. Typically, Mexican meetings either do not cover all the points on the agenda, or go on longer than planned.

Such contrasting styles create frustration on both sides, and either perspective sees the other as unproductive. Anglo-Americans find the Mexican style much too time-consuming. They complain Mexican meetings hardly cover anything on the agenda and last an eternity. But quite a few Mexicans feel equally frustrated with the Anglo style. Sure, all the points on the agenda are discussed, but none of them to the full satisfaction of the participants. As one Mexican manager once commented on attending staff meetings when he was working in the Chicago area: “I have attended 10 meetings in the last month, and 90 percent of the items end up with a call for yet another meeting to finish the discussion. It’s really a waste of my time!”

The roots of these divergent perspectives lie in differing orientations around time. The Anglo-American cultural perspective is future-time oriented, or “nextness” oriented, to use a phrase coined by cultural diversity expert Tom Kochman. The tendency to always have an eye on the “next” thing is reflected in many social and work activities. Anglo-Americans open and check their agendas constantly, and their present activities are always constrained by their future commitments. Socially, you invite people to a party with a fixed end-time, because you are thinking that you have things to do the next day.

In Mexicans’ present-time orientation, the future should not interfere when matters are proceeding smoothly. This is one reason why Mexicans find parties with a pre-defined end-time rather strange. A few years ago, a Spanish friend of mine had been invited to a cocktail party scheduled for seven to 10 p.m. “How do they know ahead of time when the party will be over?” he wondered.

Solutions are not easy to come by, but generally I would suggest that staff meetings involving members of both cultural traditions have fewer items on the agenda, to satisfy the present-time orientation of some participants, and that given the reduced agenda, time allotted for each item be respected to satisfy the future-time orientation of others. Perhaps then we could look forward to meetings that aren’t just a “waste of time.” 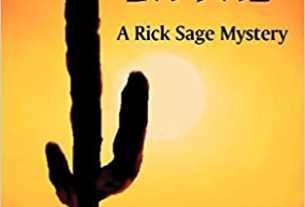