I always tell my students and seminar participants that Mexico is a complex culture. In some ways is much like the rest of Latin America. Yet in other ways it is more similar to South and East Asian cultures, such as Japan. Various authors have pointed out that in countries such as Japan, the word “no” is rarely used. This is much like the diplomatic language, where “no” is expressed in subtle ways in order to avoid disappointing or offending the receiver.

When it comes to expressing emotions, Mexico is Latin when it comes to good news (highly effusive), and Asian when it comes to bad or conflictive news (highly indirect). The cultural challenge gets worse when we consider that the mindset of Mexicans toward what is considered a conflict is different from that of other cultures such as the U.S. In Mexico, simply denying or expressing the inability or unwillingness to fulfill someone’s request – such as saying “I don’t know” – is considered somehow denying a request from someone, or showing ones inability to help. Thus, non-Mexicans tend to get furious when they ask for directions and are directed “somewhere” – even if in the opposite direction – rather than simply being told, “I don’t know.” In cross-cultural seminars, non-Mexicans often express tremendous frustration over what they consider Mexicans’ “fear” of saying “no.” In some cases, they actually feel this is a not-so-funny joke aimed at foreigners in particular. They are surprised when they hear that the experience is shared by their Mexican colleagues and friends. However, while non-Mexicans are puzzled by this practice, Mexicans feel fairly comfortable. They can almost immediately tell the other person really does not know and is giving them false directions. Social rules oblige them to listen, thank the person and – once he or she isn’t looking – ask someone else.

So how come Mexicans can tell when someone giving directions really does not know and non-Mexicans are confused? Asking Mexicans for an answer, they will tell you that a person’s nonverbal language makes it obvious that he is “just trying to be polite” (i.e., not having to deny you a request to your face), and these nonverbal clues include looking up at your eyes, thinking for a long time before saying anything, slightly stuttering, and making vague hand movements meant to point to a direction that is almost impossible to figure out. “The moment they look up, I already know they don’t know,” one of my seminar participants told me.

On the other hand, Mexicans, compared to many other cultures, will over-express positive news – this part is very non Asian. The food you serve them is not just “very good,” but rather “one of the best I have ever eaten.” People who met each other not long ago often introduce them to others as “my very dear friend so and so.” When attending a party, it is not unusual for your host to take you around the room and introduce you one by one to everyone. There is no such thing as giving a broad introduction (“hey, meet Peter, my new neighbor”) or simply just telling guests where to help themselves for drinks. A good friend of mine from Chicago tells me that when she is a guest of Mexican friends, “at first I feel like queen for a day.” When she realized that the same ritual is respected with the next guest, she felt a bit disappointed.

So does any of this have any impact on business communication? The answer is obviously “yes” (anyway, I wouldn’t tell you if it were a “no”). Questions such as “Is my order going to be ready this afternoon?” or “Does this apartment interest you” are surely to invoke a “yes,” but this “yes” needs to be codified. Pay attention to the nonverbal language, as it’s possible the “yes” may have meant “no.”

Likewise, the difference in expressing positive news can be equally confusing. One of my customers, a large international company that runs a world-wide survey among its staff, was puzzled because year after year Mexican employees would rate the company “significantly” higher than employees in other countries, especially the United States. After more qualitative research, it became clear that with Likert type questions (i.e., rate the company’s restaurant services from 1 = very poor to 5 = very good), the same number meant different things. For example, where for a Mexican a score of 4 meant, so-so, kind of okay, for an American it meant “quite good.” Thus the results were skewed. The higher scores by Mexicans did not indicate a higher satisfaction; it just meant they would give you a higher score if they like you. It is a shame that so many companies will go with their “objective” mathematical answers, assuming a universality that is simply not there. This is where numbers and facts are confused, a common mistake in both business and government institutions.

Learning these subtle differences may avoid you a lot of social and business misunderstandings. Cultural differences are often played at small experiences, but how to express satisfaction and lack of satisfaction, what constitutes unpleasant news, how to communicate those, are not small categories. They often are the foundations of eternal communication breakdowns between Mexicans and many Western cultures, especially the United States and Canada. 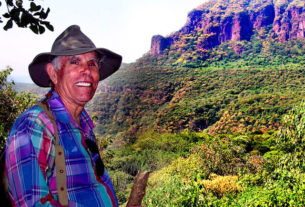 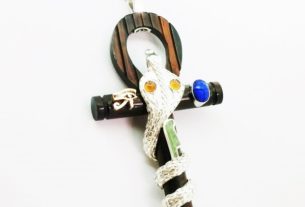 Did You Know? The Mexican Wave and unruly mobs