As many international families can attest, adjusting to life in Mexico City or other major city in Mexico is a unique challenge. Some families, unfortunately, do not fare too well. In this article, some of the more common symptoms of a difficult personal and social adjustment to Mexico will be discussed.

It is important to remind the reader that these so-called symptoms of culture shock are basically anxiety reactions. When confronting the demands of an emotional, social, and professional adaptation to Mexico, many people find that they are not sure how to behave or how to understand the Mexican’s behavior. Furthermore, there is a great sense of uncertainty and insecurity surrounding even the most simple of activities (as when confronting the different denominations of money on an impatient and long check-out line). Feeling ignorant, dependent, insecure, and trapped within a confusing maze of social and professional rules lead to what can be called, “transitional anxiety.”

The interpersonal symptoms include the following: excessive concern over cleanliness, excessive fear of servants, extreme dependence upon ex-pats, undue concern about being cheated, robbed, or injured, isolation from nationals, and feeling overwhelmed by normal family and marital conflicts. The intrapersonal symptoms are: depression, annoyance and irritation, confusion and withdrawal, loneliness and boredom, behavioral excesses, psychosomatic illness, and a debilitating loss of self-esteem.

Excessive concern over cleanliness. One of the clearest symptoms of anxiety is worrying excessively about keeping things clean and neat. The struggle to maintain order is an external manifestation of the need to control the many difficult and troublesome feelings inherent in an international move. This form of anxiety frequently leads the person to believe that everything is dirty and germ-infested. Oftentimes, this belief leads to compulsive cleaning, an exaggerated reaction to colds and infections, and to incessant complaining about “how things are done” in Mexico. The reality of Mexico’s pollution serves as an objective mask for this mostly psychological reaction.

Excessive suspicion of workers. Related to the obsessiveness about cleanliness, is an intense and unrealistic suspicion of maids, chauffeurs, gardeners, servicemen, and subordinates. This paranoia stems from the painful combination of being unable to communicate appropriately, feeling ignorant about the proper etiquette and social rules, and struggling with any number of assaults on one’s ego (as when the executive doesn’t know how to get his subordinates to respond as he would like or the non-working spouse feels useless in her forced role of “dependent”). The insecurity, anxiety, loneliness, and feeling of being disconnected from the familiar are projected onto the Mexican. It is always easy to deal with an external threat than the reality of one’s feelings.

Extreme dependence on expatriates. When under the pangs of anxiety, there is a natural tendency to hold on to what is familiar and known. Given the personal, familial, and social stresses of the initial phases of an international move, it is typical for people to feel somewhat lost and disconnected. One of the surest ways of feeling more secure and “at home” is to be with others who “speak your own language.” Literally and figuratively. Such dependence, however, also serves to isolate the ex-pats and insulate them from the Mexicans and Mexican culture. They become a prisoner, in a sense, of their own habits and customs.

Undue Concern About Being Cheated, Robbed, or Injured. While Mexico does have a shadow side, it is basically a city of law and order. As with any major urban area, one needs to take the necessary precautions in order to live, work, and socialize safely. When the anxiety and insecurities build up, it is not uncommon for people to view their immediate world through the veil of fear. When normal worry and caution become symptomatic, one’s life is severely restricted. Trips to the supermarket and bank are perceived to be a journey into the war zone. One’s life becomes increasingly more restricted to the safety of the home or to outings with known and trusted friends.

Isolation From Nationals. As might be expected, if the newcomer to Mexico suffers from the symptoms described above, s/he will find it nearly impossible to socialize comfortably with Nationals. These individuals might rationalize, “I really don’t have anything against the Mexicans. It’s just ….I don’t know. I just don’t feel comfortable around them.” Under the weight of transitional anxiety, in the face of a continual bombardment of difficult-to-assimilate information, and with an increasing sense of isolation from the tried and true, it is quite understandable that these emotional reactions will lead to “The Mexican” becoming a useful target. It is believed mistakenly that by avoiding the Mexican and the Mexican ways one can protect him/herself from the psychological turbulence brewing inside.

Feeling Overwhelmed by Normal Family and Marital Conflicts. Everyone has family conflicts. With all of the talk about dysfunctional families, we have lost sight of the fact that it is impossible to live intimately with others without conflict. Under normal circumstances, these conflicts are managed more or less effectively. Given the undercurrent of impatience, intolerance, irritability, and a painfully low threshold of frustration which underlie all symptoms of transitional anxiety, even the most mundane of family difficulties can seem like an enormous burden. As one corporate wife bemoaned, “Even just thinking about what to tell the maid to make for dinner seemed too much of a burden.” The emotional package that families bring with them expand geometrically when one or more members are unable to adapt successfully to Mexico. Such symptoms are often contagious. As one member suffers, others will to. 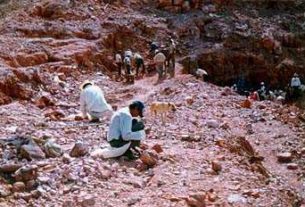