This is the story of Mexico City College and the hidden black trick.

Some of you may have missed Morris (Moe) Williams, even though he was out and about for more than four decades. Beginning in the fall of 1947, he was an Azteca, a player on the American-style football team at Mexico City College.

Do what? Not only did you miss Moe, you missed Mexico City College? It existed under that name only from 1940 until 1963, moved to Puebla, was renamed University of the Americas, eventually split like a Baptist church, with one branch staying put and the breakaway group going back to the big city.

Moe grew up in Greensboro, N.C., joined the Army for World War II, spent some exciting time in Japan, got discharged with arms and legs intact and enrolled at Howard University on the G.I. Bill. Washington, D.C., was already expensive 60 years ago.

Somebody, probably an AARP magazine reader researching retirement, told Moe the weather was better and that his official U.S. government education fund would last longer south of the border. Mexico City was easy to find. The little college in Colonia Roma was a bit more obscure.

Moe chose Latin American studies as his major and Spanish for a minor. He learned hola and buenos dias the first day. On the second day, he discovered several other American military veterans saving money. On the third day, he heard that the school was organizing a football team.

The Aztecas were probably the brainchild of Dr. Paul Murray, vice president and history professor. He wanted football as part of the college experience. He thought many Americans working in Mexico City would become fans. He believed the school would benefit from the exposure. He knew Moe would be an attraction. He could see Moe was fast. Moe was also black.

That blackness caused a crisis when the Aztecas crossed the border and visited San Antonio for a postseason game against Trinity University. Texas had not yet embraced integration. By state law, blacks and whites could not play on the same football field. Yes, there were days like that.

“He was 24 at the time, maybe 5-10 and 170, stockily built. I didn’t know the first thing about football and I don’t know what position he played but he wore number 74 in an all-star game.”

Dr. Joseph Quinn, MCC alum who went on to teach at Oregon State and University of Portland, did major research to write the history of his alma mater (www.mexicocitycollege.com). He learned a lot about Moe.

During the summer of ’47, even before the team was organized, Dr. Murray entered the Aztecas in a league with six other teams playing American football. MCC endured fall growing pains. Players and equipment were late arriving. Alas, lateness has long been a Mexican tradition.

After only a week of preparation, MCC lost the opener to UNAM, 20-0. Just a few days later, after the Aztecas learned some plays, Instituto Politecnico was hard-pressed to win by a touchdown. MCC won the next three, including a night game at Olympic Stadium and a 32-7 romp over the YMCA.

Mexico City College hit the road for a playoff game against Tec de Monterrey and won, 33-7. Using Murray’s personal credit card to cover expenses, the team went on to San Antonio. The dean was shocked to learn that the Texas segregation law applied to water fountains, restrooms, restaurants, buses, trains and football fields.

Law or no law, Murray decided his man was going to play. He instructed Moe to stay low. The dean had the team dress at the downtown hotel and take the bus with helmets on. Moe was always in the middle of a pack. Murray didn’t exactly lie when he didn’t remember Greensboro and listed Morris Williams as being from Mexico City. He was. He had been there the week before.

Moe Williams graduated in 1950, married, started a family, stayed in Mexico and operated a travel agency. Dean Murray became university president, tolerated tattoos, sandals, long hair, stringy beards, beads and ear studs, but gave up on football because American GIs were getting scarce and the sport was costing too much. Basketball became the game of choice and Moe became coach — without pay. He and his travel agency recruited tall Americans.

This strong man, a Mexico City College legend, lasted until 1991. Leukemia got him. Ironically, he died in San Antonio where, as the hidden black, he integrated Texas football without big bankers, lawyers, oilmen or cowboys realizing it.

Nobody expects the Protestant Inquisition 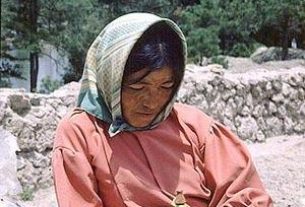 Mexico’s Lincoln: The ecstasy and agony of Benito Juarez