Taking up residence in a Mexican village has meant, among other joys, the chance to live out my greatest childhood fantasy: to be a cowgirl with horses of my own. I’ve now relinquished illusions of becoming a champion barrel racer, but cherish waking up to the sounds of Choco and Quilocho whinnying for their morning feed and thundering around the corral, friskily engaged in a game of equine “tag-you’re it.”

On the verge of the millennium, horses remain very much a part of Mexican village life. It’s not unusual to see a horse being led out the front door of a brightly painted pueblo house to a breakfast of fresh alfalfa tossed between vehicles parked along the cobblestone street. Visit the plaza on a lazy afternoon and you’re bound to encounter a saddled horse tied high to a tree branch, patiently awaiting the return of an owner who’s disappeared into a nearby catina. Sundays and holidays bring charreadas to the local bullring where horsemen and their mounts wow the public with riding and roping skills.

One of the collateral pleasures of keeping horses has been getting to know lots of great people who go with the territory. There’s Ruben Castellanos who keeps me supplied with feed – – horses eat a lot! They also have to be wormed, vaccinated, healed of occasional injuries and illness and get their teeth floated. I couldn’t possibly get by without the expertise of Dr. Anguiano, my esteemed horse vet.

Then there’s Juan Ramirez who, without ever taking a measurement, custom-made a handsome saddle that fit me and my horse to perfection. And Zoila Cardenas, a charming Guadalajara beauty who instructs two dozen local girls, including my nine year old daughter, in the fine art of escaramuza, the dare-devil women’s team event practiced riding sidesaddle at a full gallop.

Today we’re visited by los herreros., Ernesto and Antonio Rosales. Every six weeks, mas o menos like clockwork, they come with several assistants to clip, file and fit the horses with new shoes.

The Rosales brothers are third generation ferriers. Their grandfather shoed cavalry horses for the Mexican Army back in the 1930’s. Evaristo Rosales, their father, is the official herrero for the Zapopan Mounted Police. Taking care of 160 hooves that pound the pavement daily is a full-time job!

Meanwhile, Evaristo Jr. stays busy back at the homestead hand-forging the iron into shoes of assorted shapes and sizes. Shoes for the forefeet must be nicely rounded, while those for the rear are slightly tapered. He makes double-thick shoes for the police horses and orthopedic models for animals requiring corrective shoeing.

Watching Ernesto and Antonio in action, it’s clear that the labor of los herreros demands muscle, sweat and a careful eye. While Ernesto heads off to attend to a friend’s horse, Antonio begins by leading Quilocho down the driveway to observe his stride. Working on each foot one by one, he removes the old shoe and scrapes out the inside of the hoof. Chuyin, his assistant, passes him tools as he trims the hoof to the proper angle, then files the bottom flat.

The shoe must fit the hoof, not vice versa, Antonio tells me as he positions it over the foot, removes it, shapes it on an anvil, positions, shapes, positions and shapes until he gets a perfect fit.

Selecting two nails of the appropriate size, he now fixes the shoe in place. He releases the foot to check the fit, then taps in the remaining nails, twisting off the ends as he goes. Nailing is critical, Antonio explains; improper penetration may leave the horse lame.

Chuyin finishes up, tightening nails, doubling over the ends, filing down all rough edges. For a final check, he walks Quilocho out on the lead. Antonio has already started to work on Choco.

When the job’s all done, we share some friendly horse talk in the shade of a guamuchil tree while Antonio and Chuyin cool off with liquid refreshments. After they’ve gone I watch my dogs chew up the hoof clippings — a favorite treat — as Quilocho and Choco gambol in the corral, showing all the delight of two children with brand new Nike Airs. I smile contentedly, wallowing in the pleasure of fantasy come to life.

Reinventing the Aztecs, Part one 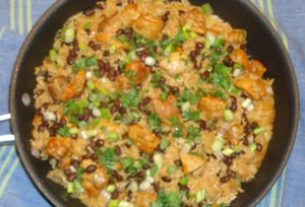