Do what? You say they’ve been here for a hundred years? On my, cancel the cry.

I don’t know but I’ve been told that representatives of Protestant religions have been trying to save Catholic Mexico from itself since the early 1800s. There was even a time when the government, hoping to reduce the influence of the established church, threw open the doors to evangelicals. The welcome mat was connected to the separation of church and state. You know how that turned out.

In almost two centuries, religious changes have been minor or modest in Mexico, depending on which cultural survey you accept as closest to the truth. The latest I’ve seen says the country is 94.6 percent Catholic but there are loopholes. A surprising number “profess a religion” but don’t consider themselves religious.

Most Mexicans, more than three-fourths, believe there is a hell and they aren’t talking about teacher protests in Oaxaca, political campsites and blockades in downtown Mexico City or rush-hour congestion on the circle route around Guadalajara.

If you read between the lines, there are interesting debates in Mexico’s secondary religious history. There is some question about which denomination initiated evangelical work in Mexico. An old-line Presbyterian, Melinda Rankin, thought she was first. She said so in her book, “Twenty Years with the Mexicans.”

James Hickey, working for the American Bible Society, could have been the first Protestant pastor. He came in 1862 to sell Bibles in Nuevo Leon and Tamaulipas and discovered a small group of “foreign Christians,” including Matt Stair, a cowboy hat salesman from Texas.

Today’s Baptists would like to claim Hickey as their first foreign missionary — except he switched sides, leaving the Baptist faith to became a Disciple of Christ.

The Baptists endured a more serious identity crisis in 1885. Guillermo H. Sloan, an early pastor at First Baptist Church in Mexico City, reversed his field and became a Catholic. For a few minutes, priests turned this into a delightful scandal.

Focal point of the current crusade is Operation GO (gospel outreach), an effort designed to place the Gospel of John and other materials in every household in Mexico. Professionals provide leadership but thousands of American volunteers are the key.

They pay their own way and walk, four or five hours a day, through neighborhoods to knock on doors. Given the opportunity, they conduct prayer meetings and vacation Bible schools. They rally around small building projects. They offer help where help is needed.

This summer, Steve Bass, a Phoenix pro, joined GO in Nacozari, Sonora, an area hit hard by the strike of copper miners. He was involved in a backyard Bible Club with neighborhood children. At the conclusion of the program, his group was serving cold drinks.

“Your heart breaks when the kids in line ask for something to eat,” said Steve.

The next day, Baptists offered food with Bible verses and fruit punch.

Baptist missionary Fran Barker and members from two small churches were doing saturation work in a Guadalajara apartment complex with a GO team from Yazoo City, Miss. They knocked on a door and a young man answered. He listened for a minute, then said he had so many problems, he planned to end his life. Talk continued. Instead of committing suicide, the young man committed to Christianity. The Baptists went away very happy.

Believe it or not, Baptists often smile. Alan Brown, in the process of moving to Mexico as a missionary, got this advice from an old-timer retiring after 30 years: If you ask a Mexican if some place is very far, or if some project will take very long, or if the salsa is very hot, and the Mexican says no, “don’t believe him!”

Brown, as a new missionary in Hermosillo, was asked to translate into Spanish a sermon by a pastor from the U.S. Brown cautioned that his language skills weren’t great.

The speaker, just getting warmed up, said he enjoyed Mexico’s desert country but also missed the green grass of Alabama. Brown’s translation set off a wave of smiles in the congregation. Much later, he learned that “green grass” had come out as marijuana.

Brown tells of a sweet volunteer who thought she could speak Spanish by adding an O to the end of English words. In a nice, air-conditioned restaurant, she announced “It sure is cool-o in here-o.”

One of those fractured words approximates a “cuss” word in Spanish and all who heard turned to see who had spoken. Bilingual Baptists chuckled.

“Back in the States, the story was told and retold and possibly embellished,” said Brown. “That volunteer became the national Spanish language advisor for future volunteers.” 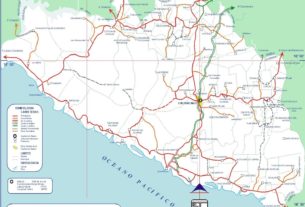