It is my sad duty to inform you that the times they are a changing, at Barra de Navidad.Our favorite spit of Pacific sand, sticking out just a little bit from Highway 200 along the west bank, is not what it used to be. Oh no, nothing has happened to the T-shirt sale — still four for 100 pesos. And drinking establishments out on the pier and along the lagoon are no less rustic.

Serious changes are happening downtown. Crazy Cactus is gone from its landmark location near the church, moved to the suburbs, out past the bus station. Tracye Ross has refocused, which meant the end of trinkets for sale and surfboards for rent. She is into big stuff, construction projects, property management, rental cars and real estate sales. Oh my!

Some will applaud the two, extra-large, white hotels still under construction. The new one, The Alondra, a full block in size, has ambitious shops open on the ground level. It is possible that guest rooms will eventually be available. An interesting crew of craftsmen comes and goes. Completion by Easter? Maybe. Or Fourth of July. Or Christmas. Some year.

The other major project, the repair and rehabilitation of Hotel Tropical (cracked up in the ’95 earthquake), has two or three old faithfuls chipping and pecking away at masonry. It looks a lot like last year. For a while, there was new paint and swift progress but the grand matriarch of the ownership family has supposedly locked the big box of pesos.

There is no cheering this cold, hard truth: The navy has abandoned its Barra base, leaving the community defenseless — should Cubans or Canadians, in full attack mode, come swimming ashore.

You think losing the navy is bad? Here’s worse. Bananas, best Barra restaurant according to our taste tests, has invented still another fiesta. This is not rumor or supposition. This is an eyewitness report.

But first, this commercial break:

For those less traveled (or just poorly informed), Barra de Navidad is a safe distance south of Puerto Vallarta and its cruise ships and a long cab ride up from Manzanillo for those who miss the bus.

Bananas (the restaurant) hangs from a second-floor beachfront deck at the Barra de Navidad Hotel. Maria Poulson, captain of the kitchen, has the secret recipe for the best seafood Florentine south of old Italy. Bananas is also famous for breakfasts and has the best evening view in Barra, where lovers and friends can watch the setting sun hide behind the sea.

Now, back to the news:

On the evening of Jan. 21, 2003, Bananas got all shook up during the Colima earthquake. The lights went out and things were bouncing and breaking, including some semi-precious wine. Kriss Poulson, main man, first found wife Maria, then calmly led the exit parade out of the restaurant, down dark steps and into the street — where very precious customers were less likely to be skulled by falling concrete if the aftershock was bad.

It wasn’t and in due time, Kriss located a flashlight (batteries included) and returned to assess the damage. He got his very own aftershock. Out on the dark balcony, just finishing dinner, was a nice little man from New York.

Kriss wanted to know what in the Third World he was doing there. The little man from New York said the steak was just too good to leave.

Complete courage in the face of earthquakes became the rallying cry for the new food festival. A dozen survivors from last year returned to the restaurant last month for an anniversary celebration. This time, no wine was spilled. There were tall tales that may have been endless but, thank goodness, no mariachis or fireworks. We were trying to sleep just down the hall.

Now, about those other changes, first the in-coming.

Outside money is fueling the surge. A shipment came from Chicago to fund Tracye’s new showplace, three apartment towers around a gem of a swimming pool, all inside a wrap-around wall. Casa de Marco isn’t too shabby.

A former NFL player who wishes to remain anonymous has invested in a condo. Somebody emptied a pocket to create an assortment of internet cafes. There’s a new silver shop and a massage parlor. OK, that last one calls for clarification. It’s really just a chair that tilts, perhaps barber shop salvage, set up on the sidewalk for all to see, 30 minutes, 100 pesos. The masseuse appears to be genuine.

Please observe a sincere moment of silence for the Mexican navy. It has been redeployed to Manzanilla. Good guys who used to stop traffic with training runs are long gone. So are the beach volleyball games. No more do we see a dozen burr haircuts turning in unison each time a tall, tanned California girl in a bikini strolls past.

The sailors never had a ship. I’m not sure they even had a rowboat. But, they had a big gray military truck they polished and dusted with obvious pride. Gone, all gone.

This is no laughing matter. With the navy dearly departed, where can Barra de Navidad turn for homeland security? Will el presidente send a new shipment of federales to fill the void? Maybe undercover agents are already in place, dressed as taxi drivers or souvenir salesmen. Their numbers have increased.

Barra de Navidad, it is a changing. A limousine rolled through town the other evening and everybody gawked.

Alas, nobody notices that local fishermen can no longer feed the multitudes. When a fishing village has to import shrimp, that’s really serious. Remember where you heard it. 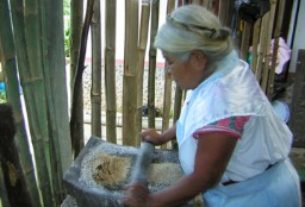 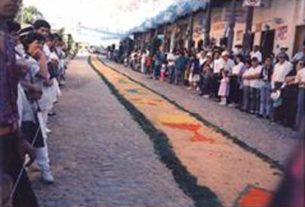 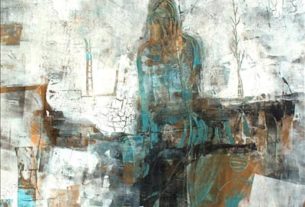