The world’s first patent for a color TV was granted to a young Mexican inventor.

Guillermo González Camarena was just 23 years old in 1940 when he submitted his application in Mexico for a US Patent. He was granted Patent No. 2,296,019 protecting his development of an “improved chromoscopic adapter” using the “Trichromatic” system for color television transmissions.

The method is sometimes referred to as a “field sequential” system. Basically, a motor-driven disk, consisting of three segments in the primary colors – red, blue and green – rotates behind the camera lens. The resulting film is monochromatic (black and white). If it is replayed fast enough through an identical disk, precisely synchronized with the original filming, then each separate single-color “filtered view” is retained by the eye long enough to complete a full-color image.

The system became the first color TV system to be approved by the U.S. Federal Communications Commission, and in 1950 was accepted as the “standard” system. Its major disadvantage was that the signals used to transmit the images did not allow a good picture to be obtained on any TV that was only capable of displaying black-and-white images.

By 1953, an alternative system, suitable for “simultaneous compatible transmission” had been developed by RCA (Radio Corporation of America). The public preferred this “element-sequential” system in which light from the subject is broken up into its three color components, which are simultaneously recorded by three pickups. The resulting signals are subsequently recombined electronically, with each element on the picture tube being subdivided into areas of red, green, and blue phosphor. This system enables graduated gray tones to be formed. This allowed viewers with older TVs to see the same images, though only in black and white, as progressive members of the public could see on their newly acquired color sets.

Interestingly, many scientists still prefer, and use, González’s Trichromatic field sequential system, which, as a result, became the standard for NASA spacecraft.

But how did a 23-year-old come to invent the world’s first color TV system?

González was born in Mexico’s second city, Guadalajara, on February 17, 1917. His family moved to Mexico City when he was two years old. At age 13, he began studying mechanical-electrical engineering at the National Polytechnic Institute, but he never completed his course, leaving in 1932 to work at the national radio station of what was then called the Department of Public Education.

It was while González was a student at the National Polytechnic Institute that the first experimental television transmission in Mexico was made by one of his teachers, Francisco Javier Stavoli. Stavoli managed to send a signal from Cuernavaca to Mexico City in 1931, using a Nipkow system from Western Television in Chicago. Paul Nipkow, a German, patented his “Nipkow disk” in 1884. The earliest known bibliographic reference in Mexico to telectroscopía (subsequently televisión) dates from 1887 and comes in a series of articles about Nipkow’s invention written by a 17-year-old student, Agustín Aragón, who went on to become a distinguished Mexican engineer and intellectual.

In 1934, when González was 17, he transformed a collection of scrap and parts from broken radios into the first TV camera (for black and white filming) ever made in Mexico. By 1939, he had developed his Trichromatic system; and on August 19, 1940, he obtained the world’s first patent for color television. Shortly afterwards, he also registered his invention at the Mexican Office of Patents and Trademarks.

After several years of private television experiments at home, in 1946 he founded XEGC, the forerunner of XHGC, Mexico City’s long-running Canal Cinco (Channel 5). The letters GC in XHGC come from his surnames: González Camarena. In 1948 he established Gon-Cam, a company making high quality TV transmission equipment, which, by 1950, was being exported to the United States. González, meanwhile, had invented his first remote control….

In 1960, González patented another color television system, “Kaleidoscope”, that was improved (and further protected), as the “simplified two-color” system in 1962, the same year that commercial color TV transmissions were authorized for the first time in Mexico.

The simplified two-color system gained international acceptance, and enabled significant cost reductions in the manufacturing process. In 1964, González designed a color TV set that could be mass produced, and during the following year, the first “hecho en México” (made in Mexico) color sets rolled off the assembly line. González was convinced that the advent of the color TV could revolutionize education. After discussions with the Education Secretariat, he proposed the creation of what would eventually become (three years after his death) the telesecundaria network. This involved secondary schools in remote areas of the country being equipped with parabolic antennas and TV sets to receive lessons broadcast from Mexico City. Today, more than 13,000 telesecundarias exist in Mexico, helping to meet the needs of 810,000 high school students.

Besides being an inventor, González dabbled successfully in astronomy and archeology, was an accomplished musician and composed songs. Despite these varied achievements, González remained an unassuming person. According to contemporaries, he would correct anyone who referred to him as an “engineer”, insisting that he had never actually completed the course!

Unfortunately for Mexico, and for the world, Guillermo González Camarena died in an automobile accident on April 18, 1965. He was 48 years old. Only a short time before his death, he had presented his simplified two-color system at the New York City World’s Fair.

His premature demise means that unfortunately we will never know what other amazing inventions and ideas might have emerged from the fertile imagination of one of Mexico’s most brilliant minds.

An annual prize for TV journalism is named in his honor. So too, is a non-profit Foundation, launched in 1995, which seeks to find and promote creative talent and inventions throughout the country.

I am very grateful to an e-mail from Joe (surname unknown) who kindly took the trouble to correct some details of the original article.

The original patent can now be viewed online via https://patft.uspto.gov/. The patent was finally issued on September 15, 1942, on the eve of that year’s celebration of Mexican Indepdence.>

More information about the technical aspects of the field sequential system can be found at: https://www.novia.net/~ereitan/Color_Sys_CBS.html

The history of Mexican television is the subject of: Sánchez de Armas, Miguel Angel (coordinator) (1998) Apuntes para una historia de la televisión mexicana. Mexico City: Fundación Manuel Buendía and Televisa. Some aspects of this history are discussed in the August 25, 2000, issue of the Milenio Diario, a daily published in Mexico City. 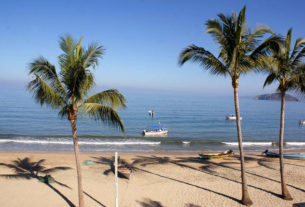