There’s been a big U.S. flap over the fact that honeybees seem to have gone missing. North Americans are becoming alarmed that, without pollination, foods such as almonds, apples, blueberries, peaches, and other goodies, will vanish, too. Honeybee pollination is also needed to make alfalfa and clover which feeds beef and dairy cattle. The New York Times even published an article about the collapse of bee colonies called Colony Collapse Disorder. When a problem in nature is given its own name, it’s really important. Can you feel a price rise coming?

On the other hand, my landscape-designer daughter found an answer to the missing honeybee mystery in Farm & Market Report, an industry-related publication. As you might expect, the U.S. media is again fomenting panic, with people scurrying and worrying about global warming and where did the honeybees go and on which political party should the blame fall, when the Farm Report tells us the simple truth: it’s a virus specifically directed toward the honeybee that causes extensive stress on their immune systems. Evidently, bees have no retirement pension plans. They probably fled to Mexico where the living is easy; there must be a bunch of bee expatriates in Mexico right now.

One has to wonder why humans who believe in spraying, shooting and slaughtering insects and animals, fail to look to themselves when nature goes awry. If the North Americans treated honeybees as they are treated in Mexico, maybe they wouldn’t get sick and buzz off.

This brings to mind a story in A Treasury of Mexican Folkways by Frances Toor, who writes about how the Mexican culture treats its honeymaking friends. She tells us bees have been kept since before the Conquest, their honey highly prized as a sweetener and for medicinal purposes, and their wax for ritual candles.

“According to the Huichols, bees were created by the gods of the sea for the purpose of securing wax for candles when the wooden ones would not light. Tata Dios watches over the bees for the Tarahumaras; the Mayas of Chan Kom believe their bees are protected by pagan deities to whom offerings must be made for taking their honey. The Virgin Mary takes care of the bees for the Mayas of X-Cacal, who make her offerings of zaca or corn meal upon taking the honey from the hives; they also offer zaca to the wild bees when they take their honey, as otherwise the bees might inflict punishment upon them by causing a tree to fall or an ax to slip.”

It seems that Mexican respect does not stop at religion, foreigners, and each other. It also extends to the honey bee. Is this just another indication that North Americans could learn a great deal from the Mexican culture? Or is it simply that the Golden Rule should be extended to all living things?

Toor tells us how the natives of Amecameca, a large Aztec town near Mexico City, domesticate bees: “Several men go out together to get them, one going ahead ringing a small bell and wafting incense as they do during Mass in church. Another man has an ayate or a square fibre carrying cloth. When the comb is taken from the tree it is placed in the middle of the cloth and carried by the four ends. Upon reaching the house, the comb is put in a box and the bees settle in it to the ringing of the little bell. After they reproduce, the queens with their bees are put into separate hives. Flowers and water are placed near the apiaries; when there are no flowers the water for the bees is sweetened.”

Maybe it’s not a virus, maybe it’s hurt feelings that caused the honeybees to vanish? If I’m right, and the U.S. doesn’t make amends, they may cause the vanishing of related things — spelling bees, wannabes and human pollination: the birds and the bees. 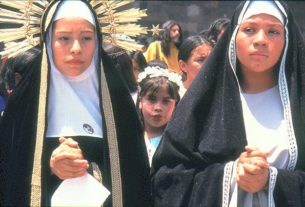 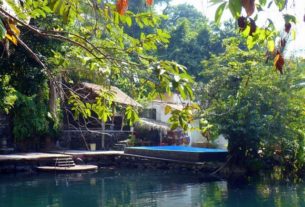 Know The Law In Mexico – Migratory Documents And Traveling