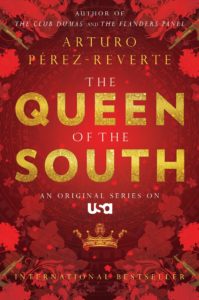 When I first heard of the availability of this novel I couldn’t wait to get my hands on a copy. It sounded like such a good read. I eventually did pick one up, of course. And I just wish that I could report that I found it all that entertaining. Rather, it was a bit of a slog getting to the end of it.

It’s a book that’s labeled as a thriller but, at 449 pages, it seems far too long to fit that bill. Also, there are far too many digressions of the type that are possibly more appropriate in a novel. For example on page 136, we get a five-page dissertation on men’s attitudes to having to work with women on criminal projects. A few pages later we have another pause in the action to read several pages about one of the characters whose hobby is building model wooden sailboats. A hundred or so pages later we have a six-page digression where Teresa Mendoza, the heroine of this story, at a time in her life when she isn’t all that sophisticated, is taken shopping by a lady who knows her way around the fashion world and who gives our gal a lesson or two on how to purchase the most suitable apparel for herself. There are many more such digressions. Maybe that’s one of the problems with this story – it can’t make up its mind if it’s a novel or a thriller.

As a matter of fact, the author has done his research so well concerning the international drug smuggling trade that the story even reads like a bit of a documentary at times. And just to add to the baggage, I see that a number of reviewers have spotted that Queen of the South bears more than a passing resemblance to The Count of Monte Cristo by Alexandre Dumas. As I haven’t read any Dumas, I can’t comment on that one. Both authors share the same penchant for elaborate plots, outsize characters and intricate detail.

The story line concerns a young Mexican girl, Teresa Mendoza, 23 years old, who is in love with a Chicano Cessna pilot who flies cocaine and hashish from Colombia to locations in Texas. It’s a dangerous trade to be in and Teresa’s lover, Güero Dávila, is well aware of the risks, not only from drug enforcement agents but also from rival narcotraficantes. With the former, the risks are imprisonment. With the latter, the penalty is death should one lose a shipment or not play the game the way the bosses want it played.

To help them cope Güero and Teresa have an arrangement where they have a special telephone. Should it ring Teresa doesn’t have to answer it. She will simply know that Güero is dead. And that’s how the story begins, with the ringing of the phone. She also knows that her own life is now in danger and that she should go into hiding. As a matter of fact, a couple of hit men appear almost immediately. One of them rapes her but, before they can kill her, she manages to escape and takes off for distant and safer parts.

She eventually winds up in Spain and connects with another drug smuggler. This one, Santiago Fisterra, brings drugs by speedboat from North Africa, crossing the Straits of Gibraltar. Teresa was simply on the sidelines in Güero’s business dealings but she assumes a more active role in Santiago’s operation, keeping the books and learning some of the technicalities of the operation. She even accompanies Santiago on some of his trips to Morocco.

It is on one of these trips that Santiago is killed when coastguard helicopters spot his craft and force it to a dangerous beach where it crashes. Teresa is rescued, arrested, tried as an accessory and sentenced to a prison term in a Spanish jail.

It’s while she’s in jail that she meets up with a fellow prisoner who has an immense influence on her life. She is Patricia O’Farrell Meca, an educated but rebellious member of a prominent family, also in prison on drug charges. Patty takes Teresa under her wing and becomes her mentor, introducing her to all types of reading, both literary and scientific, and developing her natural talent for figures and mathematics. Patty even gets her student to develop some skill in English as well. If it’s possible to get a liberal education while you’re in prison then that’s what happens to Teresa, who turns out to be an outstanding student.

As one officer in the Guardia Civil describes her: “She was very smart and very fast. Her rise in that dangerous world was a surprise to everyone. She took big risks and was lucky… She got refinement, manners, a bit of culture. And she became powerful. A legend, they say. The Queen of the South.” By the time she’s thirty, she is worth more than ten million dollars and is in control of the routes for the international smuggling of cocaine and hashish from West Africa to Gibraltar.

This same officer is asked: “Did she kill people?”

His response: “Of course she killed people. Or had people killed. In that business killing is part of a day’s work. But she was clever. No one could ever prove anything. Not a killing, not a shipment of drugs, nada, zip, nothing. Even the tax guys in Treasury were after her, to see if they couldn’t get at her that way for tax evasion or some other offense. Nothing….”

As you might expect, there are plot developments galore involving people like the Russian mafia, hidden stashes of high grade cocaine and the setting up of shipping drugs by sea routes to Eastern Europe. So, too, there are shipwrecks and shootouts and tons of treachery. Also, the Mexican drug lord who originally wanted to kill Teresa returns to the narrative and sends a couple of hit men to dispose of her. She shoots one of them and persuades the other to become her bodyguard. And on it goes. There’s just no end of action and twists and turns.

It’s a story that comes with a lot of problems as far as this reader is concerned. One is that almost every character is a criminal or is on the take in one form or another. That includes Theresa herself, the Queen of the South. Yet none of them are all that interesting. Teresa and Patty are the only ones who come close to being developed characters in the novelistic sense. The others simply fulfill roles – hit man, police agent, customs agent, etc. – to help move the plot along. The plot is the driving force in this story.

Yet another problem I had was that the story is supposedly being told by an unnamed, unseen narrator who has access to all the characters in the story but has had only one encounter with Teresa herself. Yet, all through the novel we’re privy to Teresa’s intimate thoughts and desires. It’s a technique that just doesn’t work.

The translator is Andrew Hurley who seems to have never heard of the word “who.” Thus we have scores of sentences throughout like: “….you people that don’t read…” and “some gendarme that wasn’t happy with his cut, some competitor that could pay more…” and “….one of those men that never lose their head.” “And she tried to hit him again but this time it was him that hit her….” Sorry, but that just offends my sense of correct grammar. I know you hear “that” used in place of “who” an awful lot these days – especially on TV and radio. But I don’t recall hearing in recent times about the rules of grammar being changed.

I’m aware, when I go looking in Amazon.com, that this one comes with lots of praise from reviewers and from readers, and Senor Perez-Reverte is Spain’s best-selling author. Yet I see, too, that I’m not alone. There are some dissenting voices.

See The Washington Post review in Google for more on The Count of Monte Cristo.

In my humble O: Disappointing

Queen of the South
By Arturo Pérez Reverte
Penguin paperback. 2005 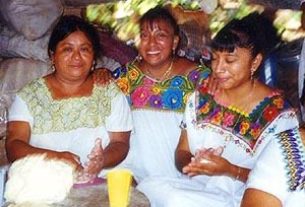