Despite advice to the contrary from 99% of the people we asked, we took the Baja Highway south early in 2006. I pulled into Mr. Kelly’s trailer park in Oceanside on February 2 and said, “Mr. Kelly, I’ve got an idea.” Kelly, my first college roommate, said, “I love it when you have an idea!” Three hours later we were crossing the border in Tijuana, instead of driving all night to Nogales, where we would have had to wait in line the next day to do the same thing.

The TJ border crossing could not have gone any easier. The Landship (a 1983 Volvo 240 station wagon) looked something like Joseph Smith heading out on the Mormon Trail, and I had been fretting about clearing customs. When the government officials handed us our visas and car permit I asked him, “Do I go to the Aduana (Customs House) now – if I have something to declare?” He practically rolled his eyes and said, “Well… you can ask, Señor.” Right after Kelly placed his Super Bowl wagers at the Caliente Sports Book across the street, it was Mexico, here we come!

Day 1: Ensenada to Bahía de Los Angeles
Overnight at Las Rosas in Ensenada, a luxury hotel overlooking the Pacific Ocean, infinity pool, hot tub, great food, and room with a balcony – a splurge and still only $90 U.S. for two. A long morning driving south 150 km to San Quintin, very slow sledding through lots of small dusty towns dodging buses, trucks and topes. South of San Quintin the country opens up, and we decide to try for Bahía de los Angeles on the Gulf side that night – 350 km further down MX 1. Good road all the way (two lanes, always, in Baja) and lighter traffic, although we had trouble with one trucker who nearly ran another gringo into the ditch when he attempted to pass. We stopped for petrol whenever the tank neared half-full, a very good strategy as it turns out, since there are no Pemex stations south of El Rosario for almost 300 km.

In the middle of the day, in the middle of the peninsula, we rolled through a long valley landscaped with millions of huge wind-carved boulders, some as big as houses, giant cardon cacti (the saguaro’s larger cousins), and tall skinny boojum plants with orange blooms on top – described as upside-down carrots. This was the Cataviña Boulder Fields – a weird and beautiful place that can’t be described. We blew past a turnout for what looked to be an interesting early mission there, much to our regret, but we were worried about making it to Bahía de los Angeles before dark. Not a great idea to drive anywhere in Baja after dark – it’s a challenge to stay on the road when you can see it, and there’s no margin for error. The highway down off the central plateau to the Sea of Cortés at sunset was stunning, as though we were driving through southern Utah with a coastline, and we pulled into Bahía de los Angeles just at nightfall. Kelly claimed he saw a burro standing beside the highway munching on a teddy bear, but I have to wonder what he was eating that day. Our longest day driving for sure, and we found a nice small hotel across from the shoreline for $50, probably overpriced but the first place we came across. Bahía de los Angeles is a very small coastal town. The car was starting to make an ominous noise when it rolls to a stop in neutral – I thought perhaps the rear springs were squawking from the overload, although I had heavy-duty springs installed just for this trip. I redistributed some weight and put more air in the tires.

Day 2: Bahía de los Angeles to Mulege
We double back the same 65 km on MX 12 from Bahía de los Angeles to MX 1 the next morning, and have an easy five-hour drive to Mulege, also on the Sea of Cortés. Crossing the border into Baja Sur we encountered the only checkpoint, where we were stopped to look at our papers and ask about fruits, vegetables, or other foods we might be carrying – a 10-peso charge to spray the car tires with pesticide, and we were on our way. (We must have been waved through a dozen military checkpoints on our drive, lots of kids carrying tommy guns, but were never stopped.) Kelly wants to go to Mulege to gather information about indigenous cave paintings in the surrounding mountains for a future trip. An authentic hotel but somewhat grubby room downtown, and an afternoon walk around town, a veritable oasis that hugs the banks of a large river, with thousands of palm trees on both sides. The river was apparently fed by a far-away mountain spring, and it must be a big one! A gringo in El Candil bar told us to talk to Salvador about the cave tour, and to Sid, the German mechanic, about the car – they should both be around later that night (Saturday). Sure enough, we found Salvador later in another bar, along with a number of other locals (some a little less than savory), and woke up with a bit of a cruda (hangover) on the brain the next day. Instead of staying two nights in Mulege to catch the Super Bowl there, we decided to make tracks for Loreto. Found Sid’s ranch on the way out of town, but his lady friend came out of the trailer alone, and said “Sid don’t work on Sundays.” We ask whether we could just get his advice about the car, and he said (through her) that we should go no further – “could be a problem with the bearings.” We had breakfast in the Hotel Serenidad, a perfectly maintained old resort on the south end of town, and kept driving.

Day 3: Mulege to Loreto
Another easy driving day into Loreto, about 150 km along a stunning coastline broken up by little bays with perfect beaches filled with Airstreams and RVs. Loreto is a bustling and pretty little city with much history (its church founded by Jesuits in 1697), arching ficus trees over the mercado, and a perfect mile-long malecón on the Sea of Cortés. The brakes began squealing loudly as we pulled into town, and I knew we had got some real issues. We hoofed it all over Loreto looking for a sports bar to watch the football game – without luck – but noticed a guy working behind a cyclone fence on some cars. His sign said “Air Conditioning/Refrigerator Repairs” – so we asked him if he knew a mecánico para el coche? He said, “what’s the problem?” And four hours later, Juan had replaced all the brake shoes and turned the drums on the wheels for $200 and a six-pack of Modelo. This was not supposed to happen in Mexico.

Day 4: Loreto to La Paz
Even though our underdogs performed to expectations in the Super Bowl and cost us a couple more C-notes, the next morning we were a couple of Irish swells on a roll. We stopped in a travel agency to inquire about the ferry to Mazatlán and, 20 minutes later, we stepped out with reservations for the next day’s boat. Another Baja milagro, since I had been trying since December to get on the boat online and/or via telephone from the States, and we very nearly drove through Nogales for the lack of a reservation. The car cost $200, and a nice clean two-person cabin with bunk beds another $200. I will always think of Loreto with great fondness.

A 300-km drive on MX 1 back up the spine of Baja through Ciudad Constitución, where we again turned east and dropped down toward the Gulf of California and La Paz. Long agricultural valleys, straight roads with little traffic. (I should add that after our first day we encountered much less truck traffic, and good road conditions on MX 1 almost without exception, the heaviest traffic provided by gringos driving fleets of Airstreams, who were always cooperative to passersby.) A long slow descent into La Paz, not so spectacular as Bahía de los Angeles or the coastline north of Loreto, but still a seaside gem on the horizon. The city is large and thriving, with a beautiful harbor and long spiffy malecón. We splurged again at the Hotel Perla, a perfect bayfront hotel with a pool in the courtyard, and were again in the lap of luxury for less than $100.

Day 5: La Paz to Mazatlán
La Paz has a great restaurant/café scene downtown at night, walkers and joggers the next morning on the malecón, where I did some yoga under the bandstand without hindrance. However we decided against going swimming in the bay since the water looked a bit funky, and lacks any sign of birdlife (or fish). We walked the length of town, and finally, next to the cathedral, we found a sticker of the Virgin of Guadalupe for the back window of the Landship, and then drove 12 km to Pichilingue to board the Star of Sinaloa ferry to Matzatlán. It was scheduled for 4 p.m. We arrived at 1:30, went through customs, which consists of driving the car over a scale and showing our reservations, and made for the nearest bar for lunch. When we finally drove onto the boat it was mostly empty and only filled to 25% capacity by the time it pulled away from the dock at 5 p.m. Just about everyone went up on the back deck to watch a gorgeous sunset over Baja, the coastline silhouetted in the twilight. The boat hugged the shore before turning east just before we could see Cabo. All passengers get a decent cafeteria supper included with their ticket, and we shared some beers while waiting for the kareoke bar to open upstairs. But that night it wasn’t to be, the barflies preferred cards and television, so we hit the rack early, and pulled into Mazatlán the next day around 9 a.m., a trip of approximately 15-hours.

Postscript: Mazatlán to Puerto Vallarta
You don’t need me to tell you how much Route 15/Route 200 between these two cities bites it – trains of trucks, buses, and cars crawling over the hills at 5 mph – it’s the worst. Oddly enough, we ran into a Canadian motorcycle rider in a Pemex station near Tepic who said he was really glad to see the traffic “lighten up” south of Mazatlán! Compared to the Baja Highway – well, it just doesn’t compare to the Baja Highway. 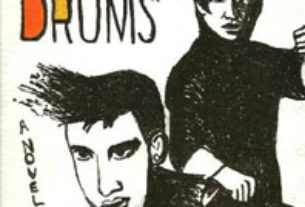