It’s a curious thing. While many foundations provide some information over the Internet, few take full advantage of the Web. Most give only a “just the facts” introduction to their operations. The absence of online grant applications and the inclusion of obsolete calendars and news sections describe the worst of the lot. When documents are provided, some sites deliver them only in PDF format instead of giving readers an option of seeing it on the Web in HTML.

Luckily, some foundations are learning that providing the answers to questions online reduces the number of phone calls and mail queries. By showing what they do—and who they fund—they can develop more sophisticated relations with their donors in a public forum. This promotes not only transparency, but accountability as well.

Ashoka is a foundation that makes good use of the Web. For example, making news on the front page in January was Mexico’s Ashoka Fellow Martha Isabel Ruiz Corzo ( www.ashoka.org/viewprofile1.cfm?PersonId=1052) whose Sierra Gorda Ecological Group secured US$7 million from the United Nations/World Bank Global Environmental Facility (GEF). The grant is part of a seven-year, US$28-million plan to consolidate and expand the group’s efforts. This site goes beyond typical foundation coverage and provides timely features that put Ashoka’s work into a wider context. Look for all of Ashoka’s Latin American programs online: www.ashoka.org/global/aw_latin_america.cfm.

What started as a local Michigan philanthropy in 1936 expanded into an international foundation that has provided more than US$10 billion in grants and loans. The Ford Foundation sports offices around the world, including one in Mexico City. This easily-navigable website boasts a useful search engine ( www.fordfound.org/search/search_general.cfm) and provides current news about its operations, which you can also read about via its online magazine. The foundation also gives links to guidelines for grant seekers and a grants database. What could make the site better? Links to the donor websites and more status reports of the projects it has funded. A text-only version of the site is said to be “under construction.”

This U.S.-based foundation also dates back to the 1930s when the cereal magnate first developed this charity. The mission statement reads that the foundation “has learned that comprehensive, integrated, community-based efforts toward change are most effective for solving complex problems.” That said, it’s difficult to find out much about what community efforts the foundation has supported. Programming initiatives in Latin America and the Caribbean are indexed online ( www.WKKF.org/LAC/English/Default.htm) but the coverage is rather superficial. A program information and guidelines document is available in PDF format.

Other Foundations Working in Mexico:

www.avina.net/
This foundation sees itself as a partner to leaders in business and civil society working toward development.

This article originally appeared in Business Mexico magazine.
For subscription information,
visit their website at https://www.amcham.com.mx
or e-mail [email protected] 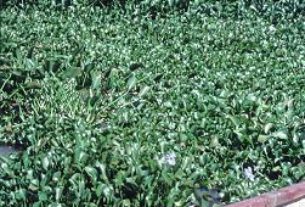 What is a maquiladora? Manufacturing in Mexico: The Mexican in-bond (Maquila) program