In Mexico, the Capital Gains Tax (CGT) is the Impuesto Sobre la Renta (ISR), which is paid by the seller of the property. It translates to a tax upon rent, profit, yield or income and in other financial circles it is called an income tax.

When selling Mexico real estate, the seller must first be established as the legal owner and “fiscal resident” of the property. This requires identification and, for a foreigner, legal entry and residence in Mexico. For a Mexican citizen, this could be the IFE voter identification and for a foreigner, a passport. Foreigners can demonstrate legal entry and residence in Mexico with FM3 or FM2 immigration documents valid for the period of ownership. To confirm that the property was the seller’s primary residence, utility bills such as CFE electric bills, Telmex phone bills or bank statements in the name of the seller are shown to the Notario.

The Capital Gains Tax on real estate in Mexico is calculated at the moment of closing, when the deed is transferred from seller to buyer in the office of the Notario Publico. The Notario calculates the tax, which must be paid at the time of closing, and is based upon the price of purchase when the seller acquired the property and the sale price. The net capital gain (income) is based on the difference between the purchase price and sale price, less any deductions – such as real estate sales commission, the Notario’s fees, other costs and taxes associated with the sale of the property, paid by the seller, like appraisals, surveys, etc. The CGT is based on the net capital gain and can be as much as 30% of this difference.

In recent years, Mexico’s federal government had modified the regulations governing the Impuesto Sobre la Renta to reduce the number of loopholes used by real estate speculators and developers to avoid paying this tax. Back in 2007, new minimum ratios of construction to land defined residential property versus undeveloped land. The area of land could not exceed 300% of the area of construction, so that a speculator who places a small casita on a large parcel of land and calls it a personal residence is no longer exempt from paying ISR.

Now the law defines new limits and clearly defines a primary residence to help close the loophole that allowed speculators/developers to quickly flip a property and still call it a primary residence. Today, the seller has to prove that the residence has been used for five years. If the seller has used the property for less than five years, he or she is not exempt from paying the Capital Gains Tax. In Mexico’s Chapala-Ajijic area, Notarios have been requiring these phone or electric receipts, bank statements or invoices for the entire five-year period to prove residence requirements are met. Hold on to them.

What about the declared value of the property used during the deeding process? The lowest value is the fiscal or taxable value, determined using the land and construction values defined by Catastro — the municipal property tax department. Traditionally, the lowest possible value is usually used to minimize the cost of acquiring the property.

Developers tend to use this method because it reduces the cost of transferring the property to the new homebuyer. However at the time of selling the property, if the new buyer wants to use the true commercial or market value of the property — as in the case when the property has a mortgage — as the declared sale price, it could be significantly higher than the seller’s original purchase price, therefore the net capital gain and the corresponding CGT is larger. If the declared value during the original purchase was at commercial value, the net capital gain and CGT, would be significantly reduced.

If you have further questions, it is best to contact a local Notario Público, lawyer or a Mexico real estate professional. 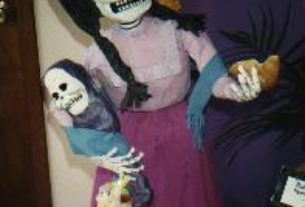 Border promotions, or the Mexico two-step