Readers often ask, “Is Mexico safe? Can I do anything about it?” Security anywhere can be a very sensitive issue, and security in Mexico is no exception. Sometimes we need to rethink how to keep our homes safe.

There is much that we can do.

Security experts explain that crimes against real estate and property can be classified in several levels. It is most difficult to defend our homes from professional thieves. They have both the resources and the intelligence to enter and exit a property even though it takes them some effort. However, this type of crime accounts for a very small proportion. At the other end of the scale, the greatest proportion of property crimes are generally committed by the opportunistic thief who steals when the opportunity arises and the risks of being caught are low, when temptation rises faster than the moral conscience can quell it. However, this type of crime is generally preventable. And we can do something about it.

Of course, we don’t want our homes to appear like a fortress against prowling invaders, with razor wire, gun turrets and security cameras. However, the house should be protected sufficiently to deter any would-be intruder.

When my clients purchase a home, even if it new, I remind them that, the locks need to be changed. By changing the locks, you make certain that a key existing out in the world that could open your home has been made ineffective. Simple locks on windows and doors sometimes are not sufficient and secondary security should be considered. Sliding windows and doors can be secured with a block or bar that stops their movement. Use a heavy material like metal pipe or rectangular pieces of wood. Lighter blocks or bars such PVC pipes, light wooden dowels, etc. can be literally kicked or knocked out of place if an intruder pounds on the exterior side of the window or door.

Another problem area is located on the roof. Skylights can be a point of entry into a home. Some preformed-manufactured skylight caps or inserts may not be secured to their base on the roof. These are relatively easy to lift off to provide access to the interior of the house. Without disturbing the function of the skylight, you can install decorative security bars on top of the skylight or — more easily — inside the opening; this will prevent the intruder from entering through the skylight opening.

Perimeter walls are generally the next issue and many alternatives are available. Height is obviously one issue and, of course, the higher the wall, the more difficult the wall is to cross. Consider adding metal spikes to the top of the walls — or even electrical fencing! However there are two considerations. The metal spikes should have two dimensions and not only be sitting vertically; it is preferable that the vertical spike is complimented with a curled spike that points outwards and even slightly downward in a “fleur-de-lys” configuration, because the lower curved spike makes crossing the wall more difficult from different angles of approach. The electrical fencing can be sensitive to plants growing across the wires. Vines can cause a short circuit between wires and make the fencing useless. An electrical fence can be a great deterrent but please remember to keep it maintained and clear.

How about a dog?

Now one of the best deterrents to an intruder is frequently not considered, perhaps because it has four legs. A barking dog will make any intruder think twice before entering a property. Why? Because if a dog is home, it may mean someone else is in the house. How aggressive is that dog? Is its bark worse than its bite? If an opportunistic thief is looking for something easy, they will usually back off and consider another property before taking the risk to enter and confront a dog.

Finally, remember to close and lock your doors and windows in your home and car when not present. So many times, the opportunistic thief finds it easy to enter the property. That’s when  the moral imperative against stealing seems easier to ignore. 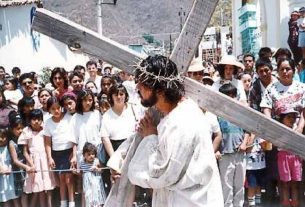