The fields of Menu Consulting and Food Research/Writing have, in recent years, expanded to include information on culinary traditions and ingredients on an international scale. Economic globalization, the Internet, a newly-discovered pride in ethnic and indigenous roots – all have contributed to the groundswell of interchange in areas as diverse as hotel/restaurant management and culinary anthropology. The world-wide enthusiasm for Mexican cooking has expanded to an interest in authentic, regional cuisine as well as its origins and ingredients.

As the Food Editor of MexConnect, the author of Mexican cookbooks (Take This Chile and Stuff It and The Cuisine of Puebla, Cradle of Corn) and a long-time resident of Mexico, I have had the opportunity to study with a diverse group of chefs, academics, and regional cooks in restaurants and home kitchens throughout Mexico, and to share what I have learned with both professional and home cooks.

I have worked with Chef Guillermina Reyes of Las Cazuelas, Tlaxcala, Mexico; Chef Estela Salas of Mexican Home Cooking; master baker Maestro Jose Dominguez, founder of La Feria del Pan, among others. I have also written food and travel articles for newspapers in the United States, Mexico and Guatemala, as well as magazine articles and essays for COPIA, The American Center for Food, Wine and the Arts, Home By Design and El Restaurante Mexicano. I have served as food consultant and developed recipes for a variety of enterprises, including Cacique Cheese Company, Fleishmann’s Yeast, The American Dairy Association, The New York Daily News and Hacienda de los Santos-Five Star Small Hotel Spas of the World. I have done menu consulting for restaurants as far away as Oslo, Norway and Brisbane, Australia.

In 2007 I was awarded the magazine industry’s Folio Award for a series on the history of Mexican Cuisine that appeared in the Chicago-based magazine El Restaurante Mexicano. This year I am appearing on the satellite television show Under the Sun, doing Pueblan cooking and marketing.

Below is a list of services that I offer. Fees are based on the work required by individual clients. Once clients specify a particular service, or combination thereof, I provide as fair and accurate an estimate as possible. Fees do not include research expenses I may incur, such as long distance phone calls and visits to out-of-town restaurants and schools.

I am based in Mexico and will provide curriculum vitae upon request.

A complete menu-developing service, including recipes, is available to hotels, restaurants, spas and members of the food industry. Menus are custom-tailored to fit budgetary and dietary tastes/requirements, with special attention being paid to the availability of ingredients in specific locations.

This includes historical and cultural background on specific regional dishes and ingredients, as well as information on culinary festivals and fairs throughout Mexico, updated to include the very latest information requested by hotel and restaurant owners, food and beverage publications, and producers and aficionados of Mexican food products.

I give cooking classes to restaurant, hotel and spa staff, as well as private clients. I specialize in regional Mexican cooking with attractive, modern presentations. I have developed a course in La Nueva Cocina Mexicana for small groups or individuals, both professional chefs and home cooks. I also give regional cooking classes, featuring traditional dishes from Oaxaca, Puebla, the Yucatan and other parts of Mexico. Recent clients have included food stylists from Bon Apetit and Gourmet magazines as well as readers who want to learn more and visitors interested in this vital aspect of Mexican culture.

Follow Karen as she travels through the Central Mexican state of Puebla, meeting local cooks, tasting the food, and collecting recipes. With over 75 recipes, plus sections on ingredients and cooking techniques, the book takes the reader on a journey through one of Mexico’s oldest and most renowned culinary regions. It can be ordered online. 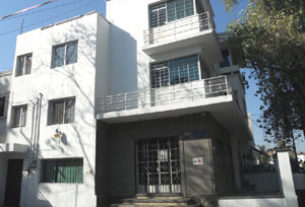 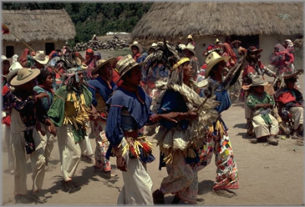