Ciudad Juárez is the state’s largest city and Mexico’s 8th largest city with a population of about 1.5 million. In recent years, the city, across the border from the US city of El Paso, has gained considerable notoriety on account of its violence and high murder rate. It also faces air pollution issues.

The state of Chihuahua has several important tourist attractions, including:

The state of Chihuahua is in our Northern Mexico region, along with the states of Aguascalientes, Coahuila, Durango, Nuevo León, San Luis Potosí and Zacatecas.

Published or Updated on: January 1, 2004
by Tony Burton 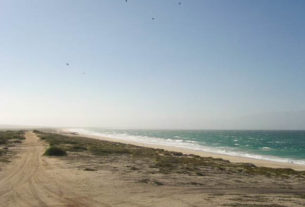