Visitors to Mexico, most of whom are eager to explore the markets, nearly always have the same question when it comes to vegetables: Why, when there are so many of them in the market, does it seem that they are not an important part of Mexican meals?

The answer lies in two words: home cooking. Mexican home cooks make use of many vegetables not often found on Mexican restaurant menus, especially those north of the border, which often place a heavy emphasis on meat, cheese and beans. But there are several Mexican ways of preparing vegetables that make hearty, satisfying main and side dishes. They are perfect for the cooler weather and changing culinary landscape of autumn, when the cold dishes and grilled meats of summer are being replaced by comfort foods, either slowly simmered or oven baked.

Take budín, a vegetable pudding that can be made with several different variations. The word “pudding” is not usually associated with vegetables by non-Spanish speakers, but that is the common translation, made more confusing by the fact that budín can also mean cake frosting or dessert pudding. A vegetable budín is most often made with corn, peas or carrots and served as a first course, or alongside meat or poultry as a side dish. Since they incorporate eggs and cheese, both significant sources of protein, budínes could easily be used as vegetarian main dishes, accompanied by a soup or rice course.

Another hearty vegetable dish is the torta, coincidentally another confusing word, since it can mean a bread roll or the sandwich made with it. It can also mean a torte, such as the Spanish-style potato torte. (This last one is called a “tortilla” in Spain, but has nothing to do with the Mexican tortilla, except for the circular shape.) In case this is not confusing enough, torta is also sometimes used to mean a vegetable budín. Most commonly, however, a vegetable torta is made with layers of vegetables, cheese, bread crumbs or corn tortillas and resembles what in English is called a casserole.

And then there are the many stuffed vegetable dishes. The well-known chiles rellenos are most often stuffed with cheese or picadillo, a meat filling, but are also frequently stuffed with corn or zucchini. Chayote and zucchini are stuffed with other vegetables, such as corn, cheese, mushrooms, or a combination.

There are also many Mexican dishes where vegetables serve as fillings for dough. The molotes and quesadillas sold outside the markets in Central Mexico are most often stuffed with non-meat fillings. Here in Cholula, typical fillings include squash blossoms, mushrooms, huitlacoche, potatoes and tinga, a tomato filling that, in this case, contains no meat. Empanadas, or pastry turnovers, can also be stuffed with vegetables, and are especially good in cooler weather, when something from the oven is a big hit with hungry diners.

When thinking in terms of vegetables that can be served in traditional Mexican sauces, think pipián. Both red and green pipián make wonderful sauces in which to serve vegetables, and give non-meat eaters a chance to try some great regional food without chicken or pork. Using hearty chunks of vegetables, and accompanying the meal with corn tortillas, makes this one of the most robust meals a vegetarian could wish for.

And don’t forget soups, especially cream soups. Mexicans make them with nearly every vegetable imaginable. Mushrooms, corn and poblano chiles are popular choices, as are zucchini, chayote, cauliflower and peas. Soup is most often served as a first course in Mexico, but soups made from black beans or fava beans would make a good lunch or supper, accompanied by a salad and tortillas or bolillos. Noodle soups with greens are also popular, especially in Central Mexico, where acelgas — Swiss chard — is abundant and inexpensive. Spinach or kale would also be good in this kind of soup.

The following recipes are for some of the more substantial vegetable dishes served in Mexico, most of which are versatile enough to be served at lunch or supper, as main dishes or sides, to vegetarians and non-vegetarians alike. There is plenty of room for substitution in most of them, so use what is fresh, in season, and as locally grown as possible. 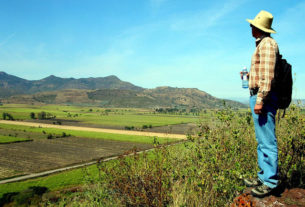 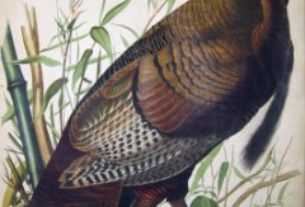