Welcome to the continuation of an overview of life in Oaxaca, past and recent. In this article, we will look at Oaxaca in the colonial period from 1521 to 1821, when Mexico received its independence from Spain.

The Aztec capital of Gran Tenochtitlan – and as a result, all Mexico – fell in August, 1521 to Hernan Cortes’ handful of adventurers mounted on beasts never before seen in these lands, their skin impermeable to arrow and lance, carrying weapons which spat fire and death. Overnight the world changed.

Nothing could remain unaffected; every aspect of life was irrevocably altered from the time the Spaniards arrived.

In pre-hispanic times, when travelers went on foot or by sea, with man as the only beast of burden, the voyagers and the swift running messengers maintained an extremely efficient communications network. Local traders visited a different regional market daily and international merchants trekked the length and breadth of Mesoamerica and the Andean ranges. By the early Sixteenth Century the Aztecs controlled virtually all territories south and east of Tenochititlan. Only Maya lands were not under Aztec domination. Nahuatl was the language spoken.

In Oaxaca, the Chinanteca were vassals of the Aztecs, working the fields and doing whatever the Aztecs demanded. The Zapotecs, too, paid tribute to them, and the various Mixtec groups continued their attempts to expand into ever more of the valleys and the coast, under less domination by Aztecs.

Thus, when it was known that invaders had arrived from the eastern sea, who might fulfill the ancient prophecies of the return of Quetzalcoatl, the Oaxacans watched and waited. When the powerful Aztecs were overcome, the Zapotecs sent delegations seeking alliances they hoped would benefit them. Cortes promptly sent Pedro de Alvarado and Gonzalo de Sandoval to the Pacific and into the Sierra looking for gold. Their reports led Cortes to reserve for himself the riches of this beautiful land, claiming the title of Marques del Valle of Oaxaca. On November 25, 1521, Francisco de Orozco arrived in the Central Valley to take possession in the name of Cortes.

In the Sierra Norte mountains around Oaxaca city, resistance was fierce and prolonged; the Mixes, adept in the mountainous terrain, never surrendered. In Coatzlcoalcos, on the Mixtec coast, what is now the area around Pinotepa and Jamiltepec and other areas, the struggle continued. BUT, it was not force of arms which finally subdued Oaxaca. The priests and friars arrived in ever-greater numbers in their fiery zeal to eradicate paganism and subjugate, to Christ and Crown, all the benighted inhabitants of New Spain. Such was their perseverance that, in 1560, the Dominicans reported that the natives were completely docile and submissive. And for three hundred years, the area was eminently religious following, at least publicly, the tenents of the conquerors.

After the arrival of Francisco de Orozco, physical changes began immediately. In 1522 construction started on housing for the newcomers, under the administration of Cortes’ brother-in-law, Juan Xuarez. The friars and settlers from across the Atlantic brought with them domestic animals unknown in this land of the sun: horses, cows, pigs, goats, sheep, chickens, ducks, geese, mules, oxen, along with their pet dogs and cats. The diet which had consisted principally of corn, beans, tomatoes, chiles and squash, with occasional fish, fowl and game from the hunt, increasingly included, for the wealthy, the flesh of these strange new beasts.

According to legend, one of Cortes’ slaves brought with him three seeds which were planted in Tepeaca, and from that harvest came all the wheat in Mexico. Cortes himself, during his visit to Oaxaca in 1526, ordered the cultivation of wheat in the valley of Etla and the construction of mills. Others brought seeds and cuttings and transplanted fruit trees, vegetables and flowers. They taught the natives in Villa Alta to cultivate sugar cane. They planted mulberry trees and imported silkworms.

Padre Figueroa was sent as precentor for Oaxaca but his interests were wide ranging. He wrote a book of instructions on the cultivation of silk, including the techniques of dyeing. He explored the territory, discovering deposits of precious stones. He taught the potters to vitrify their clay, and he taught music and singing. In less than thirty years, Oaxaca was exporting seeds, plants, and gems to Central America and other parts of la Nueva España.

Although traditional mining technology was less efficient and produced metals of less purity and lower weight than those later exploited in northern Mexico, thousands of Oaxacans worked in local mines to cater to the insatiable demands of the Spaniards for gold and silver. Ships were built for the Pacific trade with the Philippines and the Orient; roads constructed for the new forms of transportation.

The majority of Spaniards came to Oaxaca for personal gain, many with the idea of making their fame and fortune quickly so as to return to their homeland. They looked upon this barbarian land and its sub-human inhabitants as hardships to be borne only temporarily.

In spite of the laws of Burgos, requiring more humane treatment of the indigenous peoples in New Spain, and exhortations by liberally inclined people, abuses and injustice were widespread. The “Indians” were overworked in unhealthy and unsafe conditions, receiving little or no pay and obliged to pay tribute. They were robbed of their money, adornments, food and seeds. The graves of their ancestors were desecrated in the search for treasure.

The invasion brought with it yet another consequence. It is estimated that when Cortes arrived in 1519 the native population of Mesoamerica was around 25,000,000. In 1605 – less than 100 years later – the total was slightly more than 1,000,000. The major cause for this incredible loss was diseases of European origin against which the natives had no immunity. Other important factors were overwork, social disorganization and loss of the will to live.

In Oaxaca, the few natives who survived were scattered in remote villages and continued to cultivate the land and work in the mines, usually for the masters of the haciendas. The new era was here to stay, and as a result of the mixture of the Spanish with the native population, within and outside of marriage, a new “race” evolved – the mestizo.

Spanish forms of government were imposed and important posts filled, first by Spaniards, then their sons and grandsons and eventually, toward the end of the 300-year colonial period, by mestizos. Society, politics and religion became “Europeanized”. Schools and churches were erected for the instruction of the pagan and the education of the criollos (recognized sons of the foreigners).

Some of the most beautiful and impressive temples in the world were built by Oaxacan artists and craftsmen during this period: Santo Domingo, Etla, Tlacochahuaya, Teposcolula, Yanhuitlan and many others are still in use today and visited by tourists from around the world. Enormous mansions, with lush gardens and fountains, housed the rich and powerful. Aqueducts brought water from distant springs and streams to the Royal City of Oaxaca. Wool was introduced for weaving, along with the treadle loom which is still used by many artisans in the State.

During the 300 years of the Spanish domination, Oaxaca became the principal producer and exporter – to Spain – of the coveted cochineal dye. The silk industry grew to threaten Spanish interests in other areas and so the mulberry trees, which had been planted to feed the silkworms, were destroyed. The patterns of commerce were distorted to benefit the disastrous economic situation in Spain and all power and wealth was concentrated in the hands of the Spanish landowners and clergy, while the rest of Oaxaca became poorer. The constant siphoning of its resources to Spain caused a tremendous decline in the living conditions of the natives, while creating a new elite.

The reforms in Spain, the enlightenment of the American and French Revolutions, and the growing number of criollos clamoring for control of their interests, contributed to a restless second half of the Eighteenth Century. The legendary land of Huaxyacac (the original word for Oaxaca, which the Spanish could not pronounce), was filled with new constructions, customs and many things which complemented its natural beauty. It also had a decimated and impoverished remnant of its original inhabitants, the beginnings of deforestation and erosion, and a growing mestizo population seeking its place in the hierarchy.

This was the panorama at the beginning of the Nineteenth Century when the Bell of Liberty began to peal and a great shout for independence rang throughout the land.

Next: 1821 and the situation from Independence to the last years of this millennium. 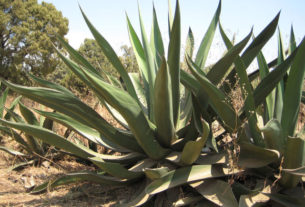 Eye of the beholder: Perceptions of Mexican job performance