During the month of April…

ONE OF THE MOST REMARKABLE ENCOUNTERS EVER.

MAXIMILIAN ACCEPTS THE CROWN OF MEXICO

MASSACRE AT VERACRUZ AS U.S. TRIES TO INVADE!

ONE OF THE MOST REMARKABLE ENCOUNTERS EVER.

April 1, 1536.
Pánfilo Narváez’s expedition had been shipwrecked off the Florida coast in 1518. After 18 years of traversing the continent, on foot, four survivors, including Alvaro Nuñez Cabeza de Vaca and Alonso del Castillo Maldonado finally make contact with other Spaniards near the Pacific Ocean in San Miguel de Culiacán.

1, 1895
The signing of the definitive agreement defining the frontier with Guatemala.

2, 1844
The National Library is inaugurated. In 1929, its administration was handed over to the National University, UNAM.

6, 1857
In Caborca, Sonora, the forces of Lorenzo Rodríguez defeat a group of filibusters led by Henry A. Crabb after six days of fighting. Crabb, who wanted to claim Sonora for himself, is killed, alongside 84 of his followers.

6, 1929
Pianist and composer Carlos J. Meneses dies in Mexico City, at the age of 66. Meneses was the first conductor of a symphony orchestra in Mexico.

9, 1914
Nine U.S. sailors from the battleship Dolphin, berthed off Tampico, come ashore carrying weapons and are detained (for about thirty minutes) by federal authorities. The “Tampico incident” is subsequently used by the U.S. government as a pretext to invade Mexico on April 21 (see below).

A federal colonel, Jesús M. Guajardo, manages to convince Revolutionary leader Emiliano Zapata that he is actually his ally by agreeing to Zapata’s request to attack the plaza of Jonacatepec. Unknown to Zapata, Guajardo agrees with Antonio Ríos Zertuche, the commander of the federal troops protecting the plaza, to stage only a mock battle. The next day (April 10) Zapata accepts an invitation to visit Guajardo’s HQ, the hacienda of San Juan Chinameca, Morelos. Even before the Honor Guard has finished playing the Arrival March, Zapata is shot to death in a hail of bullets.

MAXIMILIAN ACCEPTS THE CROWN OF MEXICO

10, 1864
In Miramar Castle, near Trieste, Maximilian of Hapsburg, Archduke of Austria, is offered the Imperial Crown of Mexico by a commission sent from Mexico City. Maximilian accepts, beginning an ill-fated three years of power before his execution in 1867.

11, 1861
Francisco González Bocanegra, who wrote the words of the Mexican National Anthem in 1854, dies in Mexico City. He was born in the city of San Luis Potosí in 1824. The music to the anthem was composed by Spanish-born Jaime Nunó.

14, 1811
In the War of Independence, an heroic feat of strength and bravery is performed by Juan Valdivia near the city of Zacatecas. He dies in agony after allowing his body to be used as a gun carriage to direct a captured cannon barrel accurately against the hacienda of San Eustaquio.

15, 1535
Hernán Cortés sets sail from Acapulco in charge of three ships to explore the Pacific coast. The Pacific Ocean was known as the Southern Sea at that time. His voyage took him to Baja California and the Sea of Cortés (Gulf of California).

17, 1695
The revered poetess Sister Juana Inés de la Cruz dies in a typhoid epidemic in Mexico City, at the tragically young age of 43. After learning to read at the age of three and attending University classes at the age of eight, she became one of Mexico’s greatest poets. Historians now regard her as one of the pioneers of the women’s liberation movement, since she was an active participant in discussions (previously dominated by men) concerning theological matters.

19, 1940
The first Panamerican Indigenous Congress is held in the city of Pátzcuaro, Michoacán. Delegates approve the designation of this day each year as Panamerican Indian Day.

20, 1970
The construction begins of the planned tourist resort of Cancún, originally Can Cún.

21, 1519
On orders from Diego de Velázquez, Hernán Cortés arrives at the islet of San Juan de Ulúa, where he makes contact with the emissaries of Moctezuma. They give Cortés lavish gifts and request that he returns home. The Spaniards listen politely but hatch their own plans. The next day (April 22) they camp on the mainland, founding the village which would later be known as Villa Rica de la Vera-Cruz.

MASSACRE AT VERACRUZ AS U.S. TRIES TO INVADE!

21, 1914
The U.S., citing the Tampico incident of April 9 and the fact that German munitions are being supplied to Huerta’s forces via the port of Veracruz, tries to invade Mexico. The local people, aided by the cadets from the city’s Naval College, repel the invaders, but only after suffering heavy losses: 193 dead and 600 wounded.

22, 1992
Guadalajara suffered its worst ever disaster. Just after 10.00am, a series of huge explosions, caused by a build-up of hydrocarbons in a section of the city drainage system, tore up 15 kilometers of streets, destroying homes, stores and factories. According to official figures, more than 500 died and 800 were injured. The true figure is likely much  10,000 people were left homeless.

25, 1528
King Charles V of Spain awards the title of “city” to Gran Tenochtitlan, known today as Mexico City. Four years to the day later, city status is awarded to Oaxaca.

30, 1916
The distinguished doctor and historian, Francisco del Paso y Troncoso, born in Veracruz in 1842, dies in Florence, Italy. Among his published works was a compilation of documents relating to Mexican history in European museums and libraries.

Published or Updated on: March 30, 2020 by Tony Burton © 2016
Share This:
Tagged culture-customs history 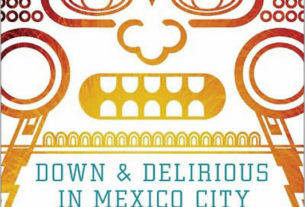 Down and Delirious in Mexico City: Memoir by Daniel Hernandez digs deep into youth culture