(While traveling to the Yucatan Peninsula on vacation in 1985, the author and her husband meet an adventurous contractor who offers to sell them a beachfront lot in Playa del Carmen. After accepting his offer, a series of bizarre events-including the Mexico government’s seizure of the land by eminent domain, the contractor’s financial crisis, and a class-5 hurricane- nearly shatter their plans. But they sidestep disaster and cling to their Mexican dream. In the following chapter, they meet the contractor on a sideroad deep in the heart of the Yucatan rainforest).

Highway 307 on Mexico’s Yucatan Peninsula stretched like an asphalt ribbon before us. The Maya named this place Sian Ka’an, or “where the sky is born.” It was untouched, this open, desolate wilderness, except for the narrow strip of pavement beneath us.

Standing there at the crossroads on the highway, more like a swath cut from the low scrub jungle than the major thoroughfare for the state of Quintana Roo, I wondered if the bus would ever come.

The year was 1985. We were sixty miles from the sparkling new resort city Cancun. It seemed unfathomable that just an hour’s drive on virgin highway separated us from the traffic and noise of a city, and then, as if by sleight of hand, we were transported into a world of sky, clouds, jungle. We were in the heart of the Yucatan, land of the ancient Maya and their pyramids.

We had embarked on an extended vacation, escaping our city jobs for a few weeks to relax in the Mexican Caribbean. Another four hours south and we could be in Belize, but we had other plans that day.

After spending the night in a rustic hotel at the Tulum pyramids we planned to explore the Gulf Coast and to visit the undeveloped island Holbox near Progreso. Someone had told us to catch the bus at the crossroads, where we now waited. The bus route would jog past the pyramids at Coba and then head north through the heart of Maya land.

In a lackadaisical way, I supposed we were searching for something in this flat, wild territory that just forty years ago had been called the most savage coast in Central America. We had no idea in a few years’ time we would be buying property and building a house in this foreign land. But at the moment, we were deep in the Yucatan jungle, on a sideroad to seemingly nowhere.

Paul, my husband, had traipsed ahead of me, carrying the bulk of our belongings on his able shoulders. Nearly six feet, he looked much younger than his forty-three years. I noticed the morning dampness had caused his sun-bleached hair to curl slightly at the ends. My own hair, light brown and shoulder-length, was well on the way to a bad hair day.

Rain was coming. Unbearable humidity and not yet 9 a.m., but this was typical weather for the neo-tropical rainforests of southern Mexico. Moments later, when the skies opened delivering a heavy downpour, we moved beneath the branches of a Ceiba – the Maya tree of life-for shelter. Steam began to rise slowly from the asphalt, hovering about ankle height. Still no bus.

Then rounding the corner careened a small rusty Honda. Brakes squealing, it screeched to a stop in front of us. We had no idea that our future would be determined by accepting a ride with the man who drove this car. He would lend us a yellow umbrella. It seemed a simple act at the time, but the desire to return that umbrella changed the course of our lives for it introduced us to the place we would one day call home, Puerto Morelos.

The driver, Alejandro, was in his late forties with the dark, good looks of a Castilian. He waved us over as his girlfriend, Karla, rolled down the window. She looked and dressed like an American, ten years his junior, with her brunette hair cut stylishly short. Both were smiling broadly, as if they already knew us.

“Where are you going?” he asked, barely an accent to his perfect English.

“Up to Isla Holbox, through Chemax,” Paul answered. Chemax was a Mayan village forty miles north, known for its church, one of the oldest in the Yucatan.

“Well, hop in. We’re going to the Coba pyramids for the day and we can give you a lift to the crossroads.”

It didn’t take long to organize our things and crowd into the back seat. What a relief. Number one, we were out of the rain, soon to be mobile. Number two, the driver spoke our language. As we progressed in a westerly direction, Alejandro spoke casually about himself, where he was from, the San Francisco area like ourselves, and their day trip to the pyramids. He had the air of a storyteller about him, recounting tales of spider monkeys and crocodiles that lived at the pyramid site near the lake, explaining that Coba had been one of the largest Mayan cities in the Yucatan, with over 200,000 people, although at present, only five percent of it was excavated.

The man radiated charisma, flashing comfortable smiles at Karla as he chatted easily, all the while fascinating us with his accounts of the Quintana Roo jungles. And if these tales weren’t enough, hundreds of iridescent blue Morpho butterflies engulfed the car in a cloud of turquoise just then, adding a touch of Fellini, or better yet Gabriel Garcia Marquez.

He definitely had our attention. Then he told us about the house he was building in a small fishing village called Puerto Morelos. We were intrigued.

“Where is that?” Paul asked as he tried to locate the map from his duffel bag. “We’ve been traveling through the Yucatan looking for small towns. It doesn’t sound familiar.”

“Puerto Morelos is twenty-five miles south of Cancun. Have you seen the Pemex station between Cancun and Tulum? The only gas station for one hundred miles?”

Even this simple statement reminded us how far from civilization we were. As Californians, it was hard to fathom one hundred miles of road without a gas station anywhere on the planet, no matter how far into the rain forest jungle one might be.

“Turn at the Pemex,” Alejandro continued, “and head towards the beach. In a few minutes you’ll be at the town square.”

As we approached the Coba crossroads, the rain continued to fall, now in a more menacing manner. Alejandro slowed to a stop at the crossroads that led to the pyramid site, his destination, or the Maya outback, ours. He fumbled beneath his seat and grabbed something. A yellow umbrella.

“Take this umbrella,” he said, holding it out, bouquet fashion. “The rain won’t be stopping any time soon.”

“We’ll be fine. It can’t last forever,” I replied, not wanting to impose more on this accommodating stranger who already felt familiar to me.

“Only if we can return it to you,” Paul interjected, apparently sensing my hesitation.

“Sure, why not? If you do, that’s fine. You can see my house. If not, don’t worry about it. Directions. . .When you get to Puerto Morelos, take the first left and head all the way out the beach road. Once you pass the hotel, my house will be the first on the beach. It’s Mediterranean style; you can’t miss it. Who knows,” he continued as we locked eyes, “maybe we’ll see you later. Hasta luego.”

And with that, he and Karla departed. We watched them drive in the direction of the pyramids as we began walking down the wet and isolated jungle road, with forest so thick on either side of us it seemed to be on the verge of devouring the asphalt. Just two days earlier we’d seen an eighteen- wheeler hanging-or suspended-in the roadside thicket as if by velcro, all wheels well off the ground. The jungle had sucked it in when it crashed, offering a surreal resting spot. Getting it out would be another story.

As for us, we were on the road again. Time for another adventure as our path curved northwards away from the coast and inland, to Maya country.

Days later, worn out from touring various villages in the northern Yucatan and visiting Isla Holbox, we were ready to return to the calm of the coast. We were still searching for an ideal place that hadn’t materialized. But the seed was planted. Maybe Puerto Morelos would be that paradise.

Introduction To The Series – “Mexico Notes” 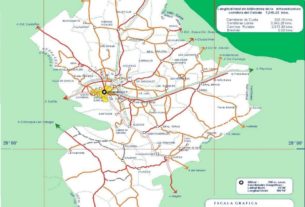 Getting Married In Mexico