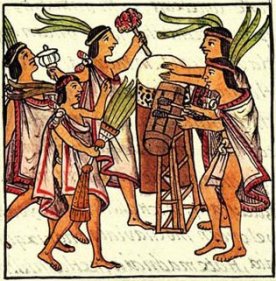 Our knowledge of ancient Aztec civilization comes from many different sources: archaeology, codices or painted books, comparative ethnological studies and the like. But it is not until the advent of writing that a clear picture of past history begins to emerge.

That is not to say that historical accounts did not exist before the Conquest. The Mixtec-Aztec style of writing with a combination of pictograms (recognizable representations of an object), ideograms (symbols representing ideas or concepts), and phonetic elements (graphic representations of the actual sounds of the language) was highly adaptable to the recording of history. The Maya hieroglyphs on the stone stelae and temples give us historical accounts of the lives and conquests of early Maya rulers.

Among our most important sources of information on the ancient Aztecs are the Nahuatl song-poems contained in three collections today located in libraries in Mexico, Texas, and Paris. Two important collections are entitled Cantares Mexicanos (hereafter Cantares) and Romances de los señores de Nueva España (hereafter Romances). Unlike the above-mentioned sources of information on Aztec society, these documents have come down to us in a written form.

While the Spanish Conquest destroyed much of Aztec culture and religion, it did bring with it a much more efficient writing system in the form of alphabetic or phonetic writing, which made possible the preservation of the Nahuatl song-poems. Consequently one might assume that the new medium of written communication would expel any doubts about the nature or the interpretation of Aztec language, religion, and culture, especially with regard to the Nahuatl song-poems.

However, this has not been the case. In fact it is here that some of the bitterest scholastic battles are being fought amongst the specialists.

The condition of the original manuscript of the Cantares, for example, and the difficulty of interpreting certain words because of the loss of so much of the Aztec culture, has resulted in much controversy. The very nature of the Cantares and the circumstances under which it was likely compiled produces more questions than answers. As A. C. Vento points out in an online article entitled “Distortion and Bias of Aztec Sources,” there are at least four possible sources of misinterpretation: forced confessions from natives, which led to false information; distortion of the pre-Hispanic world view in native documents produced under Spanish colonial domination; the actual altering of the meanings of key terms in Nahuatl to give them a Christian meaning. These are some of the difficulties involved in translating and interpreting correctly the Nahuatl song-poems, especially the question of their pre-Hispanic origin.

Some scholars, such as G. Payas, J. Bierhorst and others, reject entirely the interpretation of the Nahuatl song-poems offered by an earlier generation of scholars represented in particular by A. Garibay, and M. Leon-Portilla.

In this ongoing controversy over the authenticity of the Nahuatl song-poems, they have been subjected to much critical analysis and interpreted in very different ways.

There are seemingly valid arguments both for and against their authenticity. The issue is difficult to resolve because the poems were filtered down to us through the medium of the Spanish missionary priests who introduced the art of writing. Therefore, it is argued, we have a distorted picture of Aztec society as presented in the Cantares.

Many of the poems in the Cantares and in the Romances are ascribed to actual historical rulers who lived in the Valley of Mexico before the arrival of the Spaniards. Those who believe the poems were actually composed by the persons named therein accept their pre-Hispanic origins. Those who disagree think that the poems are about rather than by the persons so named. The latter interpretation destroys much of their value as genuine examples of pre-Hispanic world view and reduces them to mere memories or pale imitations of past Aztec glories.

There are several different ways to approach the problem of the authenticity of the Nahuatl song-poems: linguistic and stylistic analysis, thematic analysis, and comparison with other similar oral and written literary traditions.

One argument that is brought up against the pre-Conquest composition of the Nahuatl song-poems is that they are simply too individualistic to have been produced by anyone born into and brought up in such a highly ritualized society as that of the classical Aztecs. This argument is easily refuted.

A. Garibay first put the study of the Nahuatl song-poems on a firm academic footing but was much criticized for his comparisons of the Aztec compositions with classical Greek literature.

Garibay, however, was a well-rounded generalist who was able to deal with other sources besides the Greek and Roman classics. For example, he recognized the parallel between the Old Testament story of King David and Uriah and a poem attributed to Cuacuauhtin, lord of Tepechpan, a territorial possession of Texcoco under the lordship of the famous poet-king Nezahualcoyotl.

The poems of Cuacuauhtzin are found in both the Cantares and the Romances, and are therefore, as Garibay points out, a good place to start a study of the transmission of the Nahuatl song-poems from pre-Hispanic times into the written form in which they have come down to us. In one poem ascribed to Cuacuauhtzin the poet laments his betrayal by Nezahualcoyotl who is sending him to his death in battle in order that he, Nezahualcoyotl, might obtain the woman intended for Cuacuauhtzin.

There are several different accounts of the betrayal but the most complete version is found in the historical works of the Texcocan historian Ixtlixochitl (1578?-1650).

According to this source, at least, Nezahualcoyotl was required to marry in accordance with custom but through a misunderstanding was deprived of his bride-to-be. He was very despondent and went for a walk alone in the woods and ended up near the pueblo of Tepechpan, where he was invited to the palace of Cuacuauhtzin for dinner.

There he saw the beautiful and talented Azcalxochitzin, who was being groomed for marriage with Cuacuauhtzin. Nezahualcoyotl decided he wanted the woman for himself, so he arranged for Cuacuauhtzin to be sent to the Tlaxcalan frontier and placed in a position of such danger that he was certain to be killed.

Ixtlilxochitl reports that when the intended victim suspected the motives of his overlord he composed “unos cantos lastimosos” (some sad songs). The musical notations in the Nahuatl song-poems indicate that they were meant to be performed in public. From the testimony of Ixtlilxochitl and others, along with internal evidence, it appears that the poem of Cuacuauhtzin was actually performed at some kind of farewell party at which he expressed sadness at his betrayal at the hands of his former friend and overlord.

In the Biblical account of betrayal (Samuel II.11-12) King David sees a beautiful woman washing herself and decides he wants her for himself. Unfortunately, the woman turns out to be Bathsheba, wife of Uriah the Hittite. David has the woman brought to him and he has sexual relations with her. Then he sends her home, where she later gives birth to his child.

Still not satisfied, David has Uriah sent to him on some pretext and shortly afterwards sends him to Joab, with a note instructing Joab to place Uriah in the hottest battle zone where he is sure to be killed. Joab follows David’s orders and Uriah is duly killed in the line of duty. Bathsheba learns of her husband’s death and mourns for her loss. The Lord was highly displeased with David. Nevertheless he, like Nezahualcoyotl, lived to enjoy the fruits of his ill-gotten gains. Today both are remembered more for their accomplishments than for their misdeeds and betrayals.

The moral of the story is obvious: don’t trust your best friend when a woman is involved.

But here we are concerned primarily with the pre-Hispanic origins of the Nahuatl song-poems. In comparing the story of David and Uriah with that of Nezahualcoyotl and Cuacuauhtzin, we have to wonder if the Aztec account of betrayal in high places has been influenced by the Biblical story of betrayal. As a historian, Ixtlilxochitl has been criticized for bias in his historical works. Moreover, he would certainly be aware of the Biblical story of David and Uriah.

On the other hand, perhaps the Aztec story of betrayal shows that, not only were the ancient Aztecs surprisingly human, in spite of their highly ritualized society, but were quite capable of expressing these all too human emotions in the form of lyric poetry? In the poem, the composer refers to himself as “I, Cuacuauhtzin” and the internal content and sentiment of the poem coincide with Ixtlilxochitl’s account.

Comparison of themes may be interesting, even useful in helping to determine origins, but the main question remains. If the poem of Cuacuauhtzin and others in the Cantares and Romances were actually composed before the Spanish Conquest, how were they preserved, more or less in their original form, and transmitted from a basically oral culture into a written form?

There are possible explanations but that is beyond the scope of the present article. 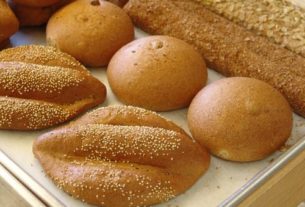