General Information: Chihuahua covers a surface area of 244,938 square kilometers, making it the largest state in Mexico. Its climate is dry to semi-arid, though there is regular rainfall and occasional extremes in temperature. The average annual temperature is 68º F.

According to the 1990 Census, the state has 2.5 million residents, with the largest municipality, Ciudad Juarez, serving as home to 800,000 Chihuahuans. The municipality of Chihuahua has about half a million inhabitants; the municipalities of Cuauhtemoc, Delicias, and Parral are also significant population centers.

Roads & Highways: The state of Chihuahua has 10,999 kilometers of paved highways linking the state to the rest of the country. A four-lane highway now connects Ciudad Juarez with the city of Chihuahua, and runs from there on to the cities of Cuauhtemoc and Jimenez, for a total length of 463 miles. A 435-mile two-lane highway also runs from Chihuahua to Sonora. Road construction by the state government of Chihuahua is guided by a plan called the “Gran Vision,” which will ultimately connect the communities in the highlands with the rest of the state. This will facilitate the transportation of lumber and mining products and further encourage the regional development of Chihuahua..

Airports: Ciudad Juarez and the city of Chihuahua have international airports which offer flights to other cities in Mexico and destinations abroad as well. Airfields are also located in Jimenez, Camargo, Ojinaga, Nuevo Casas Grandes, Parral, and Delicias.

Railroads: The state boasts an extensive railway system, with 2,091 miles of track, connecting the cities of Chihuahua with the US border, with central Mexico, and with the modern port of Topolobampo. The Chihuahua-Pacifico railroad runs through the Urique and Copper Canyon areas.

Border Crossing: Chihuahua has seven border crossing points with the US, three of them linking the border cities of Juarez and El Paso, Texas, which form a center of great commercial, industrial, and tourist trade. Two other bridges will link Ciudad Juarez with the state of New Mexico: San Jeronimo-Santa Teresa, and Anapra-Sunland Park, which are in the final stages of development. The state also has crossings at Palomas (connecting to Columbus, NM) and Ojinaga (connecting to Presidio, TX).

Economic Profile: According to the 1990 Census, Chihuahua has a labor force of 900,000. Forty-four percent of Chihuahua’s workers are employed in commerce and services, while a little over a third are employed in mining and industry. About twenty percent work in agriculture.

Chihuahua’s annual Gross State Product (GSP) is about $6.2 billion, or about 2.9% of Mexico’s total GNP. Manufacturing accounts for a third of the total GSP, while trade and other services amount to 53.5% of the GSP. Agricultural production makes up only 6% of the total, though Chihuahua has the largest amount of forested land in all of Mexico. It is the leading producer of apples and nuts and second in pine and oak trees nationwide. The state is also the nation’s leader in raising cattle and sheep. In mining, it is the leading producer of non-ferrous minerals and zinc and is second nationwide in extracting silver.

In the past few decades, Chihuahua has become a leader in many industries as well, including cellulose, wood moldings, and brewing beer. Modern, fully-developed industrial parks with all utilities are located in Ascencion, Camargo, Chihuahua, Cuauhtemoc, Delicias, Juarez, Meoqui, Nuevo Casas Grandes, and Parral. Each of the parks is equipped with rail connections, water and sewage, six-lane streets, telephone, telex, security, and fire protections. Close to the industrial parks are support services such as customs posts, trucking companies, repair shops, and post offices.

Another force in Chihuhua’s industrial development are the “twin plants,” which involve a Mexican production facility and a US administrative office. There are 390 “twin plants” in Chihuahua; they employ more than 165,000 people. Corporations such as Ford, Digital Equipment, Data General, Phillips, General Motors, Chrysler, Toshiba, Westinghouse, Zenith, RCA, General Electric, and Honeywell have successfully established manufacturing facilities in the state.

History and Culture: Many people have been drawn by the riches of Chihuahua. For centuries, two hundred tribes of native Americans have inhabited this land. Perhaps most notable are the Raramuri, a people whose rich spiritual ideology and strong cultural identity have persevered despite the intrusion of foreign customs. While more warlike tribes such as the Apache were overwhelmed and assimilated, the passive resistance of the Raramuri protected their identity. Even today, the Raramuri manage to resist the culture of the chabochi (the Raramuri word for white people).

The first Spaniards who settled this territory needed great tenacity to cling to a harsh land and extract treasure from the mineral deposits in the mountains. They also needed great bravery to protect themselves against the sudden and fierce attacks of the Apaches, who felt that their liberty and their hunting activities were threatened.

From the union of these two brave races came the modern Chihuahuan people who, like the very land on which they live, do not seem to know the meaning of the term, “middle ground.” Everything in Chihuahua is extreme: the magnificent scenery, the soaring mountains, the sheer cliffs, the plunging canyons, the cascading waterfalls, and the forbidding deserts. All of these combine to create a fitting stage for the stubbornness, tenacity, courage, and faith of the Chihuahuan people.

Tourism: Chihuahua is a land of magnificent scenery –mountains, canyons, deserts and fresh, clean, clear air. Its spectacular canyons are the biggest in North America. Within the canyons are beautiful waterfalls, one of which is the highest in Mexico. Chihuahua also contains fertile valleys–orchards and cropfields that were coaxed from the desert by the persistence of hardworking, warm, and loyal people.

To the northwest of the state the Paquime ruins stand as mute witness to our rich ancestry and great pre-Hispanic culture that flourished here, about 900 years ago. Today is still a vigorous area, dedicated to horticulture and cattle raising. Paquime is a sleepy city on the plain. It dreams of glorious past and is proud to be the most important archeological site in the north of Mexico.

Continuing with archeological zones, close to Madera you will find the “Cuarenta Casas” (the 40 houses) built into the cliffs during the Mogollon era, and, probably, inhabited later by the original Paquime settlers.

The sister cities of Casas Grandes and Nuevo Casas Grandes have modern services that will accomplish the most demanding tastes. But the potters of the region make exquisite multi-colored ceramics, using ancient techniques inherited from their ancestors. Carefully hand-crafted and painted, these ceramics reflect the passion for excellence of their creators. They also show the influence of the master of this school of pottery, the internationally famous artist, Juan Quezda.

Ciudad Juarez is on the banks of Rio Grande in the north of the state of Chihuahua, on the border with the United States of America. It has an extreme climate and resembles the dunes that surround it, forever changing, forever transforming.

All day, in the Plaza de Armas, the wind whistles and whispers around the Spanish buildings, filling visitors with an almost overwhelming sense of history. The ancient beams of the Guadalupe Mission, first laid in 1659, have been carefully preserved through the years. Behind the mission is the more modern Cathedral, and the Plaza of the Founder.

Walk along 16 of September Avenue. Step between the same columns that President Benito Juarez passed through to arrive at the customs building, now converted into a museum, zealously guarding a carriage that belonged to the then President of Mexico, in addition to an excellent collection of documents, pictures and artifacts of the “Paso del Norte” — the former name of Ciudad Juarez.

Crossing 16 of September Avenue is Juarez Avenue the entrance way for our guests who came from the North. Here, a mosaic variety of stores present the visitor with a preview of Mexico’s arts and crafts.

We should not leave Ciudad Juarez without mentioning its famous international night shows, as well as the numerous sporting, cultural, social, and artistic events that are celebrated here every year.

The state capital, Chihuahua, Lady of the Desert, was founded by Don Antonio Deza y Ulloa at the confluence of the Chuviscar and Sacramento rivers in the name of God and the King of Spain in 1709. Its renowned Cathedral whose construction lasted almost 100 years, was built thanks to the richness of the Santa Eulalia mines, and to the native skillful hands of, who adeptly learned the ability needed to work the quarry.

The city of Chihuahua was an important setting for the hazardous years of the Independence movement; the priest Miguel Hidalgo y Costilla, the “Founding Father of Mexico”, remained a prisoner in what is now the Federal Palace. He was executed on June 11th 1811, in the central patio of the Government Palace, where we keep permanently lit the flame of liberty on the altar of the country.

The city of Chihuahua has numerous architectonic attractions such as the Cathedral, built of pink quarry stone which lovely portal shows the first traces of the baroque style.

During the prosperity of the Porfirian period, beautiful mansions were built. Amongst them was the Quinta Gameros, which today houses the Cultural University Center and the Regional Museum. It is a magnificent example of French Eclecticism, one of the most important in Latin America.

During the Revolution, while General Francisco Villa commanded the famous “Division del Norte”, the “Porfirian Pax” was convened to listen to the cries of the population for justice. In their honor we maintain the Museum of the Revolution at the Quinta Luz, also known as Pancho Villa’s house. In the museum are the personal belongings of General Villa, and many illustrative historical documents.

Hidalgo de Parral, the commercial door to the Sierra Madre, is a special place blessed by a people s fiercely loyal that wherever they might be, they miss what they proudly call the “Capital of the World” or the “Center of the Universe”.

The architecture of Hidalgo del Parral is unique in the state. This was the capital of the New Vizcaya. As the conquerors advanced through the land, much of the plunder and mining richness fed back through Parral. These days, people of Parral are known for their hospitality. They have openhearted enthusiasm for people interested in their history, chapters of which are enriched by the stories of men such as General Francisco Villa, leader of the “Division del Norte”.

As well as a history forged by great men, Chihuahua has the most scenic engineering work of Mexico: the railroad line from Chihuahua to the Pacific. The railway twists past the craggy cliffs of the Sierra Madre, and hugs the rim of the Cañon del Cobre (Copper Canyon) which is twice the size of the Grand Canyon in Arizona. Actually, Copper Canyon is the collective term for the union of several deep, spectacular canyons, and this train ride offers visitors many possibilities for both conventional and adventure tourism. There are hotel facilities at the key points of the journey –Creel, Divisadero, Bahuichivo and Temoris.

In the southern part of the State, linked by a superb four-lane highway, you will find the cities of Delicias, Camargo and Jimenez, all of which have something in common: they offer visitors beautiful places, aquatic sports, good hotels, and restaurants where you can enjoy delicious fried fish.

Please feel welcome in Chihuahua. As its popular song says –it is a blessed territory, bathed by the moon and the sun…..

The following article is reproduced with the kind permission of the Consul General in Austin Texas.
It first appeared in their  Gaceta Consular , June 1997 – Austin, Texas – Year IV, Number 25 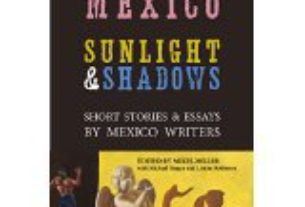