But before going further into the fascinating history of the Mason in Mexico, let’s find out who these mysterious Masons are and what they stand for.

A Mason is obliged to obey all moral law and believe in one supreme power. Atheists and agnostics need not apply, Free Masonry is open to men of different religions. Jews were in fact admitted not long after 1723, in the earliest days of Free Masonry.

It is not necessary here to discuss initiations and recognition signals among the Masonic order, but to simply say that Nazis suppressed Free Masonry and to this day membership in the order remains illegal in many former communist countries. It is clear that the Masons, or builders, who term God “The Master Architect,” were Masters of their craft and no building has ever been constructed without a Master Mason. No one knows for sure, however, when the Mason´s order developed its religious overtones but there were rituals for initiation and legends connected with Hiram, Soloman¹s master mason. In John Huston¹s great film of the Kipling classic, “The Man Who Would Be King,” the Masonic Emblem that Sean Connery is wearing (purportedly left behind by a tribe once allied with Alexander The Great) saves his life.

There are Masonic manuscripts preserved in the British Museum dated 1390 but the first formal merging of many types of Lodges occurred in England in 1717.

Shortly thereafter, the first lodge was founded in Mexico City. The Spanish Inquisition started in Mexico in 1738 and by 1796, they had destroyed the Masons in Mexico. Free Masonry is still condemned in many Catholic-controlled countries, although an inquisition seems a rather strenuous way to express one’s views.

In 1825, American Ambassador Joel Poinsett (whose name the Poinsettia flower carries) founded 5 lodges in Mexico with the authorization of the Grand Lodge of New York. There was little agreement between the older Scottish Rites so in 1826, the National Mexican Rite was formed. Over the next 120 years, the Masons kept a relatively firm political grip on Mexico. The Masonic Presidents included Guerrero, Pedroza, General Bustamente, Santa Anna, Farias, Gil and Sales who reinstated the Constitution of 1824. Between February of 1857 and 1859, the new Constitution was put into effect by Juárez and the Catholic Church was out. The church then petitioned the European powers for help. Maximillian was the result. By 1868, Maximillian was with his maker though his wife Carlotta lived until 1927, finally dying in a mental asylum in Belgium.

Thus the enlightened hand of the Mason fell on Mexico. Absolute freedom of the press was instituted, along with the abolition of all privileges of the clergy. Other measures struck hard at laws attributed to the clergy in respect to civil business; betterment of the moral state of the country was instituted with the the destruction of the monopoly of the clergy in public education; finally, capital punishment for all so-called political transgressions was done away with.

Later, Masonic Presidents such as Lázaro Cárdenas and Miguel Alemán steered Mexico¹s destiny under the aforementioned guidelines. It might be noted that Lakeside’s Virgina Miller’s father was once Grand Master of Guadalajara’s Lodge 9 at the same time he had been President of The American Bank of Guadalajara.

A brief roll call of some former Grand Masters might leave our readers with some idea of the influence this order has had in all parts of the world. George IV, Edward VII, Edward VIII and George VI of England. Oscar II and Gustav V of Sweden. Frederich VIII and Christian X of Denmark. Yet nowhere, through revolution and inquisition, war and invasion, has Free Masonry had a greater positive impact than on Mexico and its people. 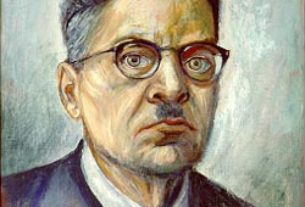