In any political struggle, the spectator’s first instinct is to look for a hero and a villain. But you don’t always encounter a good guy-bad guy matchup. Though the Soviet Union was our ally in the war against a mega-meanie like Hitler, Stalin was later unmasked as a paranoid tyrant and mass murderer whose malefactions in every way matched those of his German counterpart.

Conversely, you can also find a political rivalry in which both contestants wear white hats. This was the case in Mexico, during the past century, when Maximilian of Hapsburg and Benito Juárez waged a struggle to the death.

Superficially, no two men could have been less alike. One was the brother of an emperor and kinsman to many of the reigning houses of Europe. The other was self-made, self-educated Indian from the sierra of Oaxaca.

But ideologically it was a different story. In political philosophy the Austrian aristocrat and the Zapotec lawyer were, if not brothers, at least kissing cousins. Both believed in education, humanitarian ideals, representative government and in curbing the power of the Roman Catholic Church.

So how did they come to be pitted in a struggle that could only be resolved by the extermination of one or the other? Wags have referred to Archduke Maximilian as an “archdupel” — a well-intentioned man who took on an imperial mission after having been gulled by scheming manipulators into believing that he would be ruling over a population that genuinely adored him.

Who were these men who lured Maximilian to his doom? They were a group of hardline conservatives in exile because their faction had been defeated in the bloody Reform War of 1857-60, which saw the triumph of Liberal forces under Juárez. These emigrés dreamed of a social order in Mexico where the power of the Church and the big landowners, emasculated by Juárez and his followers, would once more be dominant.

The emigrés’ representative, a Yucatan lawyer named José Maria Gutiérrez, went to see Maximilian in October 1863. Gushing fulsomely, Gutiérrez likened Mexico to a “budding plant entitled to a place in the sun” and called on Maximilian to be the country’s “redeemer.”

While propagandists hostile to Maximilian have depicted him as a haughty princeling who attempted to impose himself on the Mexican people, this picture is completely inaccurate. “A Hapsburg,” he said sternly to Gutiérrez, “never usurps a throne.” He requested a written document reflecting the desire of a representative majority of the Mexican nation.

Gutiérrez and his associates then launched a Potemkin operation designed to deceive the gullible archduke. In May 1863 French troops had driven Juárez out of Mexico City. (A leading ally of Mexico’s conservatives was French Emperor Napoleon III.) General Forey, the French commander, promptly convoked a puppet “Supreme Council” of conservatives and they issued a “spontaneous” call for Maximilian to come and rule Mexico.

Taken in by the ruse, Maximilian and his wife docked at Veracruz May 28, 1864. Born into the Belgian royal family as Princess Marie Charlotte Amélie, she became known in Spanish, and to history, as Carlota. Once ensconced in Mexico City, Maximilian became almost as much anathema to his right-wing Mexican supporters as he was to Juárez, who was stirring up resistance to Maximilian and his French protectors all over the country. Monsignor Meglia, the papal nuncio, arrived in Mexico and presented him with a 6-point memorandum whose implementation would abolish the Reform Laws and give the Church back its privileges.

Maximilian rejected the proposals out of hand, thus eroding support among the ultra-clericals. Then Napoleon, sensing that he had gotten into a Vietnam-style quagmire conflict, began to pull out his troops. Proudly refusing advice that he abdicate and return to Europe, Meximilian fought on until his final defeat on the Hill of the Bells near Querétaro. Gallant and quixotic in death as he had been in life, Maximilian died before a firing squad on June 19, 1867. He was 35 years old. Juárez, as inflexibly rigid in his principles as he was inflexibly honest, refused multiple pleas for Maximilian’s life and signed the death warrant. One of these appeals came from the Italian liberator, Garibaldi, whom Juárez greatly admired. Juárez believed that a live Maximilian would serve as a symbol and rallying point for Mexico’s enemies.

In 1866 Carlota had traveled to Europe in an attempt to drum up support for Maximilian’s faltering cause. Then in the early stages of the madness that would cloud the rest of her life, she had audiences with Napoleon III on August 11 and with the Pope on September 24. These meetings were, to put it mildly, unsuccessful. She delivered an impassioned diatribe against Napoleon for abandoning her husband and later threw herself at the Pope’s knees, screaming that Napoleon was plotting to poison her. When Vatican guards tried to pacify the demented woman, she accused them of being agents in Napoleon’s pay who were planning to assassinate her. On October 9 Carlota’s brother, the count of Flanders, placed her into the hands of doctors who promptly declared her insane. She spent the rest of her life confined to a castle near Brussels and died in 1927, at the age of 87.

Since the imperial couple never had children, their enemies charged that Maximilian was impotent and Carlota barren. Neither of these charges is true. Maximilian had an Indian mistress in Cuernavaca and, according to contemporary historians, she gave birth to a boy in 1866. As for Carlota, she was having an affair with a Belgian officer in Maximilian’s army, Colonel Alfred van der Smissens, and was pregnant when she went to Europe to plead her husband’s cause. A boy was born and French patriots have reason to wish that Carlota had either miscarried or aborted. Her illegitimate son grew up to be General Maxime Weygand, who surrendered the French armies to Hitler in 1940 and paved the way for the collaborationist Vichy regime. 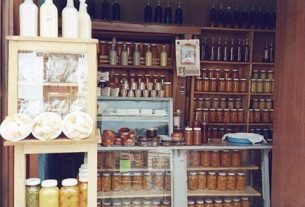