The state of Zacatecas, in the northwestern part of the central Mexican plateau, has been culturally significant since pre-Hispanic times, when it was one of the few holdouts not conquered by the Aztecs. The people of this area, which was part of the western Mexican region called La Gran Chichimeca by the Spaniards, remained autonomous right up until the time of the Conquest, defending their territory and providing their own sustenance.

The hunter-gatherers called zacatecos, after the zacate (straw thatch) that covered the roofs of their conical dwellings, foraged for fruit and edible roots and hunted small animals. Conaculta’s La Cocina Familiar en el Estado de Zacatecas tells us that these people, who lived at the foot of the Cerro de la Bufa mountain in what is now the state’s capital city, cooked tortillas over mesquite fires, and made maguey leaf wine, forerunner of the mescal now produced in Huitzila and the Pinos area of the state. The nopal cactus and its fruit, called tuna, was an important source of nutrition and still plays a significant role in the state’s cuisine, as evidenced by the high piles of cactus paddles and nopal fruit in Zacatecas’ markets.

With the arrival of the Spaniards and the subsequent discovery of silver, a period of war and rebellion began, culminating in the zacatecos’ guerilla war against the mining caravans that were taking over their ancestral land. Called the Chichimeca War, this conflict continued until the end of the 16th century, when the Viceroy offered the tribal leaders agricultural implements, clothing and other goods in exchange for peace. Meanwhile, the Spanish friars had begun the evangelization process, which included the introduction of wheat, necessary for communion wafers.

Besides wheat, the Spaniards brought meat and milk producing animals, and soon the provincial stores along the commercial routes sold beef, lamb, pork, cheese, sugar, lard, cinnamon, almonds, rice and cooking oil in addition to the native chiles, beans and corn, as well as cacao from southern Mexico. Once these ingredients were introduced into the local diet, the populous became dependent on goods coming in from outside the region, and fluctuations in the price of silver determined what could be put on the dinner table. Cooks often had to rely on the fruit, roots and wild game upon which the early inhabitants had survived, elaborating them with the culinary techniques and seasonings brought by the Europeans. Thus the tuna and other fruit became the bases for the fruit jellies called ates, for which the area is famous, as well as several desserts and sweets.

The old home of the zacatecos, around the Cero de la Bufa mountain, had become the urban center also known as Zacatecas, a hub hosting the traveling friars, colonists, soldiers and explorers of the Colonial period. In roadside inns and restaurants catering to this trade, those mestizo creations known as antojitos were prepared at all hours: sopes, garnachas, tostadas garnished with beef or pickled pork, cheese and meat stuffed chiles and quesadillas with chiles and epazote.

Main course dishes of puchero and pipian were also served, along with grilled, roasted and stewed meat in tomato, onion and chile sauces. To accompany the food, there were aguas made with either imported or local fruit, aguardiente and pulque. The inhabitants of the city were proud of the food, service and cleanliness of these establishments, a tradition that continues to this day in the many excellent restaurants found in the city of Zacatecas.

The cuisine that developed during the Colonial period combined the ingredients and techniques brought from Spain and southern Mexico with the resourcefulness of the north, with which Zacatecas shared a relative scarcity of resources. Thus, many less elaborate versions of southern Mexican dishes are found in the cuisine of Zacatecas, leading it to be called the “gateway” to southern Mexican cooking. Minimalist moles and pipians, though made without the very long lists of ingredients found in similar dishes further south, are just as appetizing, due to the Zacatecan gift for combining key ingredients. Thus asado de boda – a signature dish of the area – turns a fairly simple carne asada into a special occasion dish with the simple but inspired additions of chocolate and orange zest.

In the capital city itself, built of rose cantera stone that magically changes color from dawn until dusk, the winding, cobbled streets lead to restaurants that offer the best of the regional cuisine. From the asado de boda at La Cuija to the Colonial-era dish called itacate de minero, or “miner’s bucket” (tacos prepared with a variety of ingredients that were traditionally rolled into a cloth napkin that miners took down into the mines for lunch) served at Bar El Paraiso, there is something for every taste in Zacatecas. For the sweet-of-tooth, there is an astounding variety of candies for sale in the market, sweet shops and plazas. Jamoncillo de leche – a milk candy, ates made from guava and quince, and candied yams and squash are among the favorites.

In the colonial town of Jerez, birthplace of Mexican poet Ramon Lopez Velarde, fruit wines made from the area’s peaches, plums and apricots are sold. The town is also known for its culinary specialties, many of which are named for it, such as figadete jerezano, a dish of chicharrones (pork rinds) in a savory dressing of olive oil, vinegar and spices, and bacalao jerezana, a Mexicanized version of the Spanish cod dish served during the holidays.

Smaller towns are also an important part of the culinary landscape. The chicken in fruit sauce and the garbanzo croquettes of Juchipila, the beef filet of Atolinca, the stuffed filet in chile sauce of Sombrerete, and the countless gastronomic delights found in pueblitos where “slow food” is still prepared all await the visitor to Zacatecas. Although among the top five Mexican states in the number of immigrants going north, Zacatecas has retained a great deal of its culinary heritage, and one can only imagine how much those who have left miss the food of their home towns and villages.

Zacatecas ranks first in all of Mexico in the production of beans, chiles and nopales, second in guava production and third in grapes, with some local wineries offering vino for tasting and sale. The state has suffered a drought in recent years, affecting both the agriculture and cattle industries, but the descendants of the people who held off the mighty Aztec army have persevered and continue to turn out some of the best cooking in Mexico.

Below are some recipes from Zacatecas to try at home. For those interested in plunging into authentic regional Mexican cooking, this is a good place to start, because the pared-down yet tasty cuisine of Zacatecas is truly a gateway to the flavors found further south. 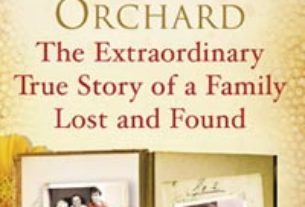 The People’s Guide To Mexico