During the 16 years that I have been living in Mexico, I have worked with many International families. They were in our great city mostly as a result of the husband’s work transfer. My contact with these families usually came as a result of their need for help.

Although each family has been different, there was a pattern quite typical of those who were having adjustment difficulties. The wife usually felt abandoned, ignored, and overwhelmed with having to deal with Mexicans. The husband, happy and well-adjusted within his bi-lingual and bi-cultural office, was angry and frustrated by his wife’s apparent unwillingness or inability to “make the best of things.”

Conscious of her unhappiness and unwilling to add “fuel to the fire” these husbands would hold back information about their problems and concerns, further isolating their spouse from marital intimacy. These couples tended to be insulated from the Mexican culture and held rigidly to the customs and rituals of their own country.

There was also a tendency for one or more of the children to experience school problems, which only exacerbated the mother’s belief that a mistake was made by coming to this “polluted, strange, and horrible” place. I would see one international family after another in my office who were coming apart at the seams.

There have been other couples, those who I met either socially or through talks I had been invited to give, that seemed enthusiastic about being in Mexico. These wives, in the same predicament as the others, viewed most things as a challenge. Sure, they too were annoyed by their difficulty communicating with the maid or the chauffeur or the gardener.

They also suspected that these workers were trying to pull a fast one given the wives insecurity about dealing with them in Spanish. As with their friends who were having difficulty adjusting, these wives also felt somewhat abandoned by their suddenly work-a-holic husbands, but found that the distance from their spouse could be compensated, to some degree, by their newly-found social contacts and with the excitement of trying to learn Spanish .

The husbands of these wives benefited greatly by knowing that their spouse was responding positively to the demands of being in a foreign country. Having a secure home front enabled them to work more efficiently and successfully on the job. These executives seemed to feel more at ease. They made a concerted effort to speak Spanish, not liking the fact that their Mexican counterparts had to struggle so much to communicate in English. They looked to socialize with Mexican families as they wanted to become immersed within the Mexican culture. They realized that their tour was limited and wanted to make the most of their time.

Needless to say, the children of these couples tended to fare better than their unhappy co-patriots. They enjoyed eating tacos and enchiladas as much as going to McDonald’s and Dominio’s Pizza. They made friends with their Mexican classmates and did not feel the need to stick with the social cliques formed around Nationality. They enjoyed making trips into the Republic and complained much less about the less-than-perfect hotel accommodations. What factors contributed to these marked differences between families? More importantly, what could be done to help families make a better adjustment to living in Mexico?

In my seminars for newly-arrived families, I ask the couples to take two psychological inventories. One is the Myers-Briggs and the other is the FIRO-B. The Myers-Briggs measures four dimensions of personality: Extroversion – Introversion, Sensing – Intuition, Thinking – Feeling, and Judging – Perceiving. The FIRO-B provides a reading about one’s interpersonal orientation in the areas of Inclusion, Control, and Affect.

Certain personality types tend to facilitate adjustment to Mexico. The people who adjust better to international moves tend to be more extroverted, have greater access to their intuition, are more sensitive to others’ feelings, strive more consistently for harmony in their interpersonal relationships, and are able to let things take their natural course. The others, who like to do things in orderly and structured ways, who tend to be more impersonal and analytical, and whose life style is characterized by an imposing and domineering attitude, will tend to find it more difficult to live peacefully in Mexico.

It is also helpful to feel more comfortable with the unexpected, as life in Mexico tends to be unpredictable. Those individuals who like clearly and consistently-defined rules will find that life in Mexico will be a continual source of stress.

Families who know how to share their feelings also find adjustment much easier. If, in addition to the normal difficulties of adjusting to a foreign country, one feels inhibited to share his/her toubles, more serious problems will emerge. Talking is an essential antidote to culture shock.

Although unrelated to personality, the amount of accurate information the family received prior to coming to Mexico is essential for a successful adaptation. Many companies, without a clear idea of Mexico or with personnel directors who are overly zealous for the executive to accept the transfer, will present an unrealistic picture of doing business and living in Mexico City. Both the executive and his family hear marvelous things about housing, schooling, availability of household help, and social life that make the offer almost too good to be true. The executive is often given incomplete information about the job drawbacks and is not prepared to deal with the unexpected problems.

Having to face the continual surprises oftentimes leads the executive and his family to feel betrayed or cheated by the company. This may then cause the family to feel resentful and much less willing to put-up with the various difficulties that are inevitable for the newly-arrived. To make matters worse, in the face of continual complaints by the executive, the company may become less responsive to the family’s needs, thereby exacerbating the already difficult situation.

Similarly, the executive himself may withhold information from the family so as to ensure their acceptance of the move. Once in Mexico, the family may become overwhelmed with how different life is than what they expected. Their experiences then become tainted by a negative filter of anger and resentment and nothing seems to be satisfying. Families in which such deceit can occur usually have other interpersonal problems which further complicate the adaptation process.

There are, however, basic personality traits which have a more direct relationship with the nature of one’s ability to thrive in Mexico. These traits include: the ability to be flexible, both in the sense of schedules and routines and in relation to one’s own identity (more about this later), being tolerant and patient with people who have different habits, ideas, and ways of viewing life and relationships, a strong sense of adventure and a desire to learn, as well a having the good fortune of not being overly judgmental in terms of what is “right” and “wrong” or “good” and “bad.”

In trying to understand what leads a person to be flexible, tolerant, patient, open to others, adventuresome, and willing to learn from and about others I have come to the conclusion that humility is the primary ingredient. Humility in the sense that one has a deep-rooted belief that s/he is truly equal to everyone else and that no one culture, society, religion, social group, or nationality has a monopoly on truth.

Such humility is often based on an open and flexible self concept or self image. The individuals who judge Mexicans to be inferior in one way or another, do so as a result of exalting their own way of being or their manner of doing things. Frequently (not always), this “holier than thou attitude” is a defensive reaction to a basic and often unconscious feeling of insecurity. In a sense, one holds on to his/her life style because there is an underlying and erroneous belief that their sense of psychological well-being depends on such routines, habits, values, and ways of relating.

This sense of deprivation (that is, being deprived of one’s normal way of being and acting), often leads people to camouflage their anxiety and the feeling of being disconnected with anger and impatience towards external events–the traffic, pollution, informality of the Mexican, distrust of the household help, or inability to get things done on time. This is not to say that such events are not troublesome or as infuriating to the well-adjusted. The well-adjusted, however, take such things in stride. It rarely provokes the emotional crisis typical in the poorly-adapted.

During the first months of an international move, most, if not all, of us usually are ignorant of the social and interpersonal rules of behavior, become uncomfortably dependent upon others for help, and feel mostly insecure about whether or not we will be accepted by the nationals. Those who do not compulsively need to feel knowledgeable, independent, self-sufficient, or instantly accepted and respected by others are able to take the time necessary to learn about the host culture and give nationals a chance to become familiar with them.

They are not compelled to impose their way of doing things because they are not inappropriately attached to their routines, habits, or typical ways of relating to others. The well-adjusted are well adjusted precisely because they have already learned the relativity of habits and customs, and know that, at least for the time being, they have to assume a somewhat inferior position.

If, on top of this, our spouse and family consistently downplay or ignore any emotional or practical difficulties we have during the initial phases of cultural adaptation, our problems will be unfortunately compounded.

Those who come to Mexico with a strong sense of Self, based upon a humbling awareness of both the favorable and less-than-favorable aspects of their personality, will usually be more accepting of other life styles. They will be more tolerant of others’ customs and habits, and feel less obligated to either accept or criticize them. They can maintain certain of their values without having to be critically defensive about why they are they way they are. The adage, “Live and let live” is a natural part of their life as they know that no one is closer to God or blessed with “Universal Truth.”

The people who can adapt successfully to another country may even decide that they do not like living there. Their decision, however, is based upon having really given it a try and realizing that it is just “not for me.” No criticisms. No exaggerations. No implied inferiority. Just not for me. 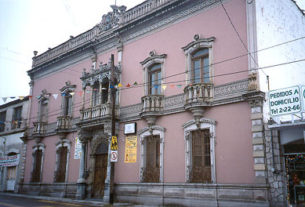 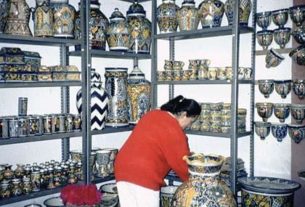