After Lyn and I left Oaxaca, we drove northeast to Puebla, skirted around Mexico City and spent two and a half days in Querétaro. It’s been less than two months since we made the trip, but at my age, memory fades rapidly. Although we liked Puebla, it isn’t much more than a blur to me now. Sorry. But ah, Querétaro… what a beautiful city it is. Boasting approximately 500,000 inhabitants, it sits 6,000 feet tall — about 1,000 feet higher than Lake Chapala and a bit cooler in the winter. Querétero is located between San Miguel de Allende and Mexico City in the heart of Mexico.

Lyn had stayed at the Hotel Hidalgo several years ago so we headed there. Now mind you, Lyn’s and my ideas of “comfortable” as far as hotels go, differ a bit. While not a five-star devotee, I do like to have a shower in the bathroom, not a short walk across the parking lot as we had to settle for one night in Puebla. I like enough lighting for reading at night and I think the room should be clean. So, when we walked into the room in Querétero, I sighed. The floors were filthy. There were two double beds in the room with holey, worn-out bedspreads and no other furniture. Nada. The pillows felt like they’d been stuffed with wadded up newspaper and I sighed again.

We arrived at night, both too tired to search for another hotel; I agreed to stay for one night. When I opened the bathroom door, what a surprise! Brand new tile and grout sparkled. The commode and sink looked like they’d never been used, even though the toilet seat was missing. Perhaps the owner had tired of listening to his wife griping at him to put the toilet seat down!

The next day we realized the hotel was in the midst of remodeling. The manager said they planned to be finished in December. Our small balcony allowed us to watch the activities below. My Explorer felt safe in a downstairs garage, and even though we had to buy our own bottled water, it could have been worse. Actually I’d try the hotel again after December.

But the city more than made up for the hotel. In the downtown area, there are many jardines (plazas) with groomed jacaranda and Indian laurel trees, fountains in the center. Several outdoor cafés surrounding the square where indigenous women sell handmade cloth dolls. Querétaro has three universities and we found three bookstores within a three-block radius (not English, of course, but upscale bookstores). The city reeks of culture, energy and class. It reminds me somewhat of Guanajuato without all the hills.

I found everyone to be open, helpful and welcoming. The sun shone on us during the days and in the evenings we walked around town without a jacket. Querétaro seems to come alive at night with various street vendors offering pizzas, ice cream and assorted gewgaws.

And the food! Querétero is known for its cuisine — from pizza to pizzazz. Upscale restaurants and tiny college bistros dot the side streets as friendly people pass by and greet us with “Buenas noches.”

We asked a friendly waiter about the expat population. He indicated there were muchos and that a lot of them lived in an area northwest of the central part. We had a city map, but it ended where we needed to begin our search for the foreign colony. After a few loop-de-loops, we finally entered a neighborhood which reminded me somewhat of my own in La Floresta. Wide cobblestoned streets, lots of trees and well groomed homes. We didn’t see any pale faces there, so it must be a fairly mixed neighborhood. I picked up the paper the next day to check prices, but they don’t list prices in the real estate or rental ads.

On the way back, we passed a couple of shopping centers with movie theaters, a Costco and a Walmart. Not, mind you, that these are essential to being happy in Mexico, but the convenience of having easy shopping nearby is a plus. I’d read in a tourist book that pollution troubled this fair city, but we didn’t notice any during our short visit.

One day we took a forty-minute drive to the nearby town of Tequisquiapan. It reminded me very much of Tlaquepaque – an artisans’ haven with a couple of plazas and a large mercado filled with artisans and vendors of basketry, gems and wooden furniture. The town’s delightful colonial architecture and nearby hot springs make it a treat to visit. On Wednesday, there weren’t many tourists, but a saleslady assured us that during the weekends, Easter vacation and over the holidays, the tourists from Mexico City and nearby environs overran the place.

I want to return to Querétaro in the Spring. I read in a local paper they offer Spanish language lessons and that’s become a favorite way for me to discover new cities. If I ever decide to leave the Lakeside, this place is now at the top of my list.

Thanksgiving with the Open Circle

This Thanksgiving could have been a bit tough for me with no family or stateside friends visiting. Before I could wallow in my own self-pity, a friend invited me to join her and a group called the Open Circle for a potluck turkey dinner. “Yes!” I quickly accepted. The Open Circle is a group of like-minded Lakesiders who meet every Sunday morning at the Lake Chapala Society as a non-denominational spiritual community.

I’ve attended a couple of times when the topic of the day interests me. The topics vary widely, based on the presenters’ experiences. There were about fifty attending the last time I was there and several go to lunch together after the meeting. Married couples and singles, straights and gays come together in what is a very real sense of extended family and community.

So, back to Thanksgiving. One of the Open Circle members offered her home and seventy of us showed up. Seating was arranged around tables on the patio and in the backyard. White tablecloths and cloth napkins provided a backdrop for some of the best vittles I’ve ever tasted. Three turkeys took center stage and both standard holiday fare as well as some more exotic dishes provided too many choices for us.

Holding hands before sitting down, one of the members said a simple grace, expressing his thankfulness that we could all be together in such a wonderful place, getting to know and appreciate each other. It touched me. Once again, I realized the simple abundance my life now continues to provide me.

Three years ago, I called my mother in Idaho and said, “Mom, I’m finally old enough to own a recliner.” I love it. When people come to visit, I really don’t want them to sit in it, but I bite my tongue, sit on the sofa and graciously offer them my favorite place. Sometimes it’s hard not to be selfish.

Today, I called my mother and said, “Mom, I’m finally old enough to pickle beets.” I’d never done any canning in my life. A friend offered to teach me (I had tasted her beets and fell in lust with them) and we spent an afternoon cooking, pickling and canning beets in between games of Rummy Tiles.

I don’t know if it’s really my age, but I’m starting to enjoy cooking again. Perhaps it’s because I have more time and am more relaxed. After a career in corporate America, I still surprise myself when I say, “Oh, can I puhleeze have that recipe?” Perhaps it’s simply that I’ve found another way to share my home and my joy with special people in my life.

For the holidays, I hope that all of you will be able to share your hearth and heart with family, friends and those less fortunate than you.

Blessings to you – each and every one! 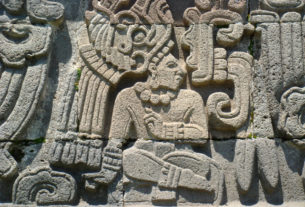 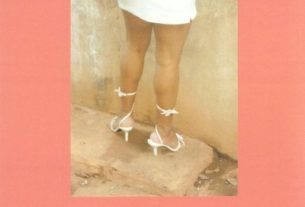